Watch: Herd of bison caught on camera in Romanian forest 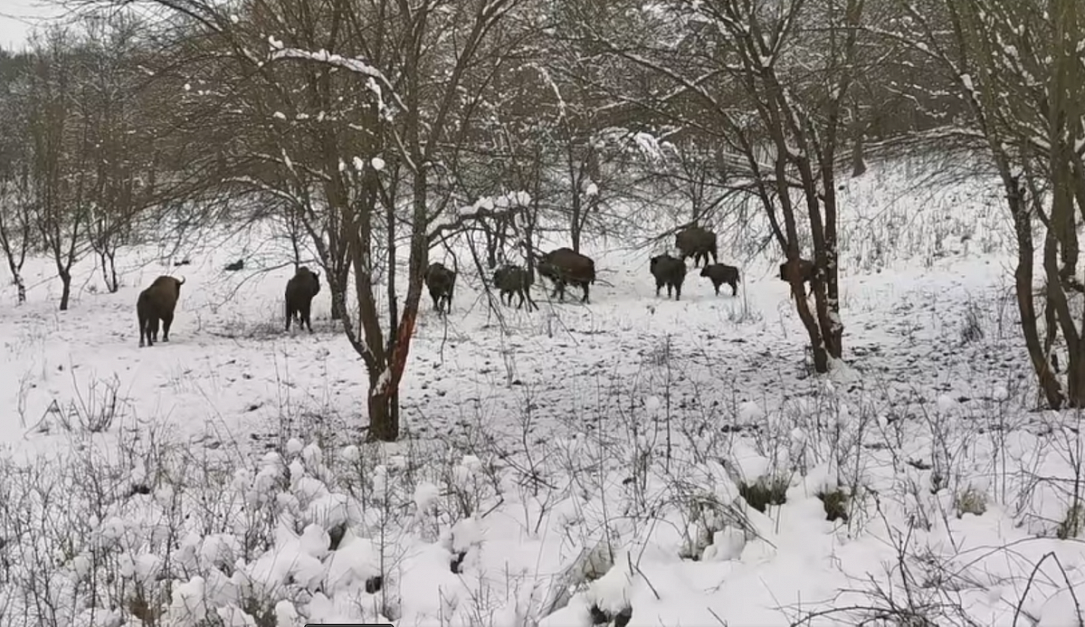 A herd of European bison was filmed last week in a forest in the Hateg Reserve in Romania. The forest management company Romsilva shared the video on its Facebook page.

“The images were captured by our colleagues from the Retezat Forest District within the Hunedoara Forestry Department, which manages the Hateg Bison Reserve,” Romsilva said.

The Hateg Bison Reserve was established by Romanian foresters in 1958 when two bison were brought to the country from Poland. Another pair of bison was brought here in 1963. Today, this nature reserve in Romania is home to nine bison - 4 females and 5 males.