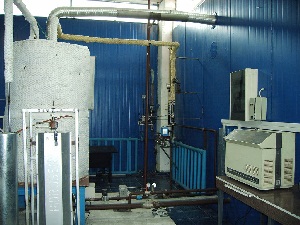 The biggest cryogeny center in the European Union, worth over EUR 11 million, will be built in Ramnicu Valcea, northwest of Bucharest, according to Ion Stefanescu, the director of the National Institute of Research and Development for Cryogenic and Isotopic Technologies (ICSI), quoted by Agerpres. The project will take two years to be completed.

'We received 50 million lei in structural funds for a research infrastructure development project, through setting up a cryogenic lab for energy applications of the cryogenic fluids, in the ICSI campus. The project will be implemented for 25 months and its first stage means the building of a laboratory-center, the biggest in the European Union,' Stefanescu explained.

The laboratory center is to manage cryogenic fluids like liquid helium, nitrogen and hydrogen.  Likewise, the lab will be equipped with measurement and control devices for specifically cryogenic research activities.