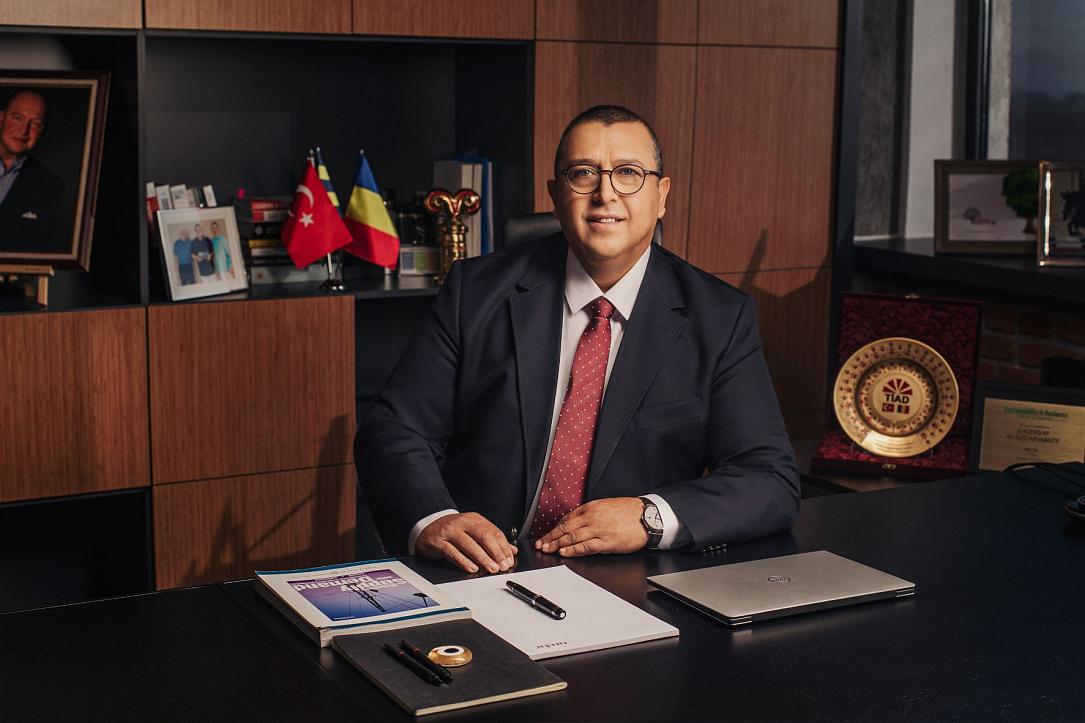 Arctic, the leader of the Romanian home appliance market, marks a milestone of two million washing machines produced at its Ulmi manufacturing plant, the first Industry 4.0 factory in Romania, where the second production line was recently put into operation.

Thus, the capacity of the unit will double, reaching 2.2 million appliances a year. The investment in the second production line amounts to over EUR 37,8 million. Currently, the factory in Ulmi produces more than 300 different models of washing machines with various features, intended both for the local market and for consumers in 47 countries - 30 in Europe and 17 on other continents. Exports amount to 80% of annual production.

"With the full operationalization of the second production line in Ulmi, Arctic will annually produce over 5 million appliances in the country. Together with its 46 local suppliers, Arctic has contributed decisively to the consolidation of this industry, transforming Romania into an important player regionally. At the same time, the Ulmi plant serves as a flagship for the efficient use of energy, materials, and resources, in line with the sustainability–centred vision that the Arctic and the Arçelik group share", said Arctic Chief Executive Officer Murat Büyükerk.

Opened in 2019, following a EUR 160 million investment, the production facility in Ulmi is one of the most advanced factories in the world, integrating state of the art technologies in robotics, artificial intelligence, machine learning or automation processes.

Currently, over 200 robots work side by side with humans, leading to a 30% increase in productivity.

The 700.000 square meters Ulmi production hub boasts automated material handling and storage systems, quality control being fully automated. Over 70% of production operations are based on self-determined and self-managed systems with the help of Industrial Internet of Things (IioT) applications. They collect real-time information from approximately 22,000 generation points, adding to a database of millions of products and components.

So far, the Research and Development departments have been conducting tests adding up to over 500.000 hours. The Ulmi plant has been recognized by the World Economic Forum as one of the most innovative in the world, part of the Advanced4th Industrial Revolution Lighthouse network.

By using technologies that function according to the principles of Industry 4.0, the production of washing machines has a lower impact on the environment. 70% of the total water used during the production process is recycled. Thanks to advanced wastewater treatment and rainwater collection systems, 46,000 cubic meters of water were recycled and reused - the equivalent of 17 Olympic swimming pools.

Moreover, the factory is partly powered by renewable energy, the photovoltaic system has produced over 2.6 million kWh so far, thus reducing carbon dioxide emission by around 835 tons.

The Ulmi unit has received an impressive number of accreditations for being a green factory, and it is the only one in Romania certified as LEED Platinum, the highest possible LEED rating.

In Romania Arctic also owns and operates the largest household appliance manufacturing factory in continental Europe, the Gaesti unit having produced so far over 40 million refrigerators which have been exported to more than 80 countries.

Arctic, the leader of the local household appliances market, is one of the strongest companies in Romania and at the same time one of its most important employers and exporters. With over 5,500 employees, the company exports 84% of the total production to over 80 countries.

With a history of over half a century, Arctic has been part of the Arçelik group since 2002, a period in which both its turnover and production capacity increased significantly.

The company owns the largest home appliance factory in continental Europe, with the Gaesti unit producing over 40 million refrigerators to date. It also owns the only Industry 4.0 factory in Romania and one of the few in Europe, the factory in Ulmi, Dambovita, with a production capacity of 2.2 million units per year.

With over 40,000 employees throughout the world, Arçelik's global operations include sales and marketing offices in 49 countries, and 28 production facilities in 9 countries with 12 brands (Arçelik, Beko, Grundig, Blomberg, ElektraBregenz, Arctic, Leisure, Flavel, Defy, Altus, Dawlance, Voltas Beko). As Europe's second-largest white goods company by market share (based on volumes), Arçelik reached a consolidated turnover of 6.5 billion Euros in 2021. Arçelik's 29 R&D and Design Centres & Offices across the globe, are home to over 2,000 researchers and hold more than 3,000 international patent applications to date. In 2021, Arçelik achieved the highest score in the DHP Household Durables category for the 3rd year in a row in the Dow Jones Sustainability Index of the S&P Global Corporate Sustainability Assessment. In accordance with PAS 2060 Carbon Neutrality Standard, Arçelik became carbon-neutral in Scope 1 and 2 in global manufacturing in 2019 and 2020 with its own carbon credits. Through its leadership position in sustainability and credible decarbonization roadmap for achieving net zero, Arçelik became the first and only company from its industry to receive the Terra Carta Seal by HRH Prince of Wales. Arçelik’s mission is ‘Respecting the World, Respected Worldwide.’