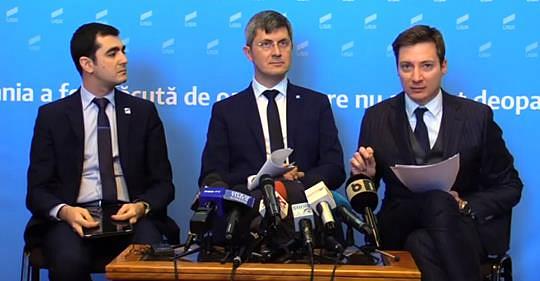 Romanian economic consultant and entrepreneur Andrei Caramitru, the son of famous Romanian actor Ion Caramitru, announced that he joined the Save Romania Union (USR), the second-biggest opposition party in Romania.

He said he would work on the party’s economic development program.

“I’m tired of sitting on the sidelines, I want to join the first-line battle,” he said, adding that he was confident the party will reach power and “radically change the system."

Caramitru also said that dozens of experts will help him with the program.

After a career of 18 years as a business consultant, 16 of which he worked for McKinsey and two for Boston Consulting Group, Andrei Caramitru started his own business in 2018, in the online services sector.