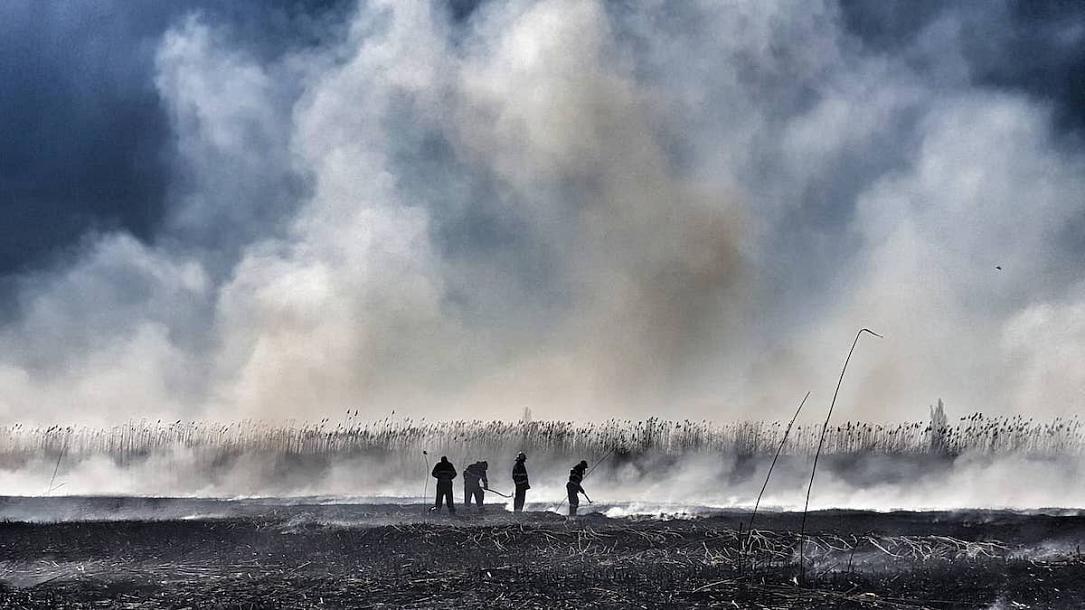 The residents of Bucharest, especially those living in the north part of the capital, woke up to an “unbreathable air” on Wednesday morning, April 8. Many complained about the toxic air that “smells like burning rubber.”

“This morning we all woke up early and panicked because we couldn't breathe in the house. I live in the Bucurestii Noi area. There is an extremely strong smell of burning rubber outside, which has been persisting for the last two hours […] You simply cannot breath at all, and there is no building burning nearby. It is not smoke, it is an extremely strong smell,” a woman told local news channel Digi24.

Other people posted on social media about the bad air on Wednesday morning, most of them complaining about a strong smell of smoke or burning waste.

Environment minister Costel Alexe said that a vegetation fire that broke out at a former pig farm in Peris commune in Ilfov county, near Bucharest, generated the thick smoke felt on Wednesday morning.

“Following a vegetation fire spreading over a significant area of 30,000 sqm in Peris, the pits and storage basins of the former pig farm are burning, and the burning of these residues are generating the specific smell and the smoke felt by people living in neighboring localities,” Alexe said in a Facebook post.

Teams of the Environmental Guard and the General Inspectorate for Emergency Situations were sent to the scene to investigate the incident and stop the fire.