US ambassador: Romania’s progress in the past 30 years is extraordinary, lots to be done still 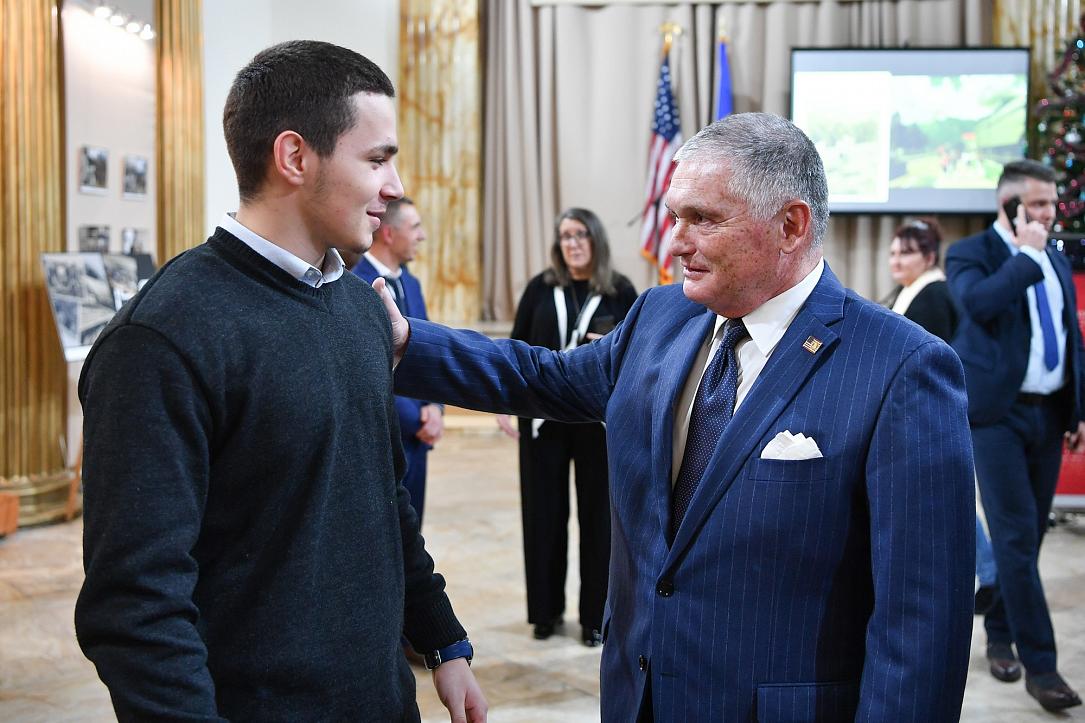 Romania made extraordinary progress in the past 30 years since the fall of Communism but a lot of things still need to be done, US ambassador to Romania Adrian Zuckerman said, quoted by Agerpres.

“The progress made by Romania in these 30 years is extraordinary. Still, there are things to be done. The consolidation of an independent judicial system and the increase in the predictability of the rule of law will accelerate the foreign investment needed to make Romania great again. Romania needs reforms in the healthcare, extraction, forestry and industrial production areas. The progress in these areas cannot appear until we will work together to support the rule of law, which will consolidate Romania’s democracy and economy. Romanians have suffered enough. Let’s work together for a better future,” Zuckerman said, at the opening of the photo exhibition “Then and Now - Romanian Perspectives Celebrating 30 years of Transforming Change” at the Romanian Cultural Institute (ICR).

The ambassador, who has recently started his mandate in the country, also said that it was important to reflect on the communist past in order to not make the same mistakes again.

“The exhibition is an important memento. Although Romania evolved radically in the past 30 years, we need to recall and reflect on the Communism period in order to not make the same mistakes. Many people, lacking patience about the progress made by Romania in these 30 years, do not understand the impact of the destruction brought about by Communism in Romania’s institutions. I often tell my American friends and others that we need to keep in mind that, when Communism fell, Romania did not start as a democracy from zero but from bellow zero level, after the damages caused by the Communism regime to the various institutions in the country. People who did not live through the misery and hardship cannot fully comprehend what life under Communism was, but I do. My family and I experienced these things directly and I urge you to look at the photos exhibited here tonight, at the contrast between what was and what is, and I ask: does Romania wish to return to this?,” the ambassador said.

Zuckerman and his family immigrated to the United States from Romania when he was 10 years old.

The ambassador explained that the United States will remain a supporter of Romania.

“The US and Romania are united by a common interest. We have similar philosophies, and the US has been and will remain an energetic supporter of the Romanian people. The US value Romania as a strong and independent economic and security partner,” he said, quoted by Agerpres.

On Friday, December 20, the ambassador will be in Timişoara, to take part in an event marking 30 years since the start of the Romanian Revolution of 1989. At the event, a plaque commemorating those who died in the Revolution, with a message from US president Donald Trump, will be unveiled.