Ukraine’s President addresses Romania’s Parliament: Together we must stop these people who want genocide in Europe! 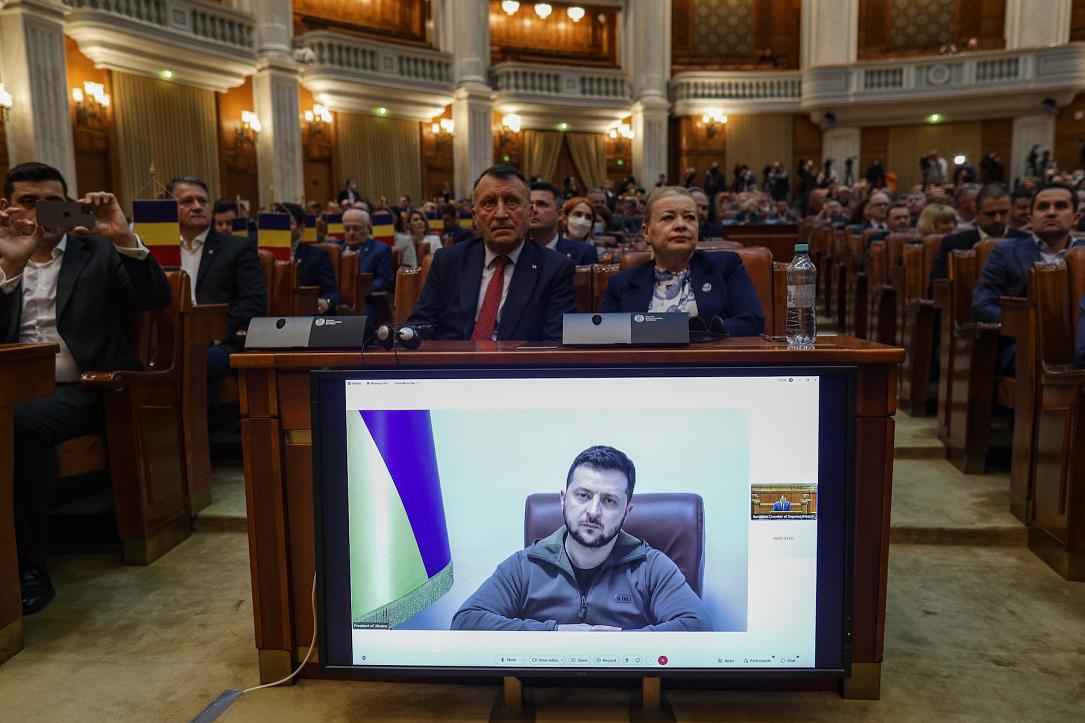 Ukrainian President Volodymyr Zelenskyy presented the horrific crimes committed by Russian soldiers against the Ukrainian civilians in the regions around Kyiv as he addressed Romania’s Parliament. He said Russia must be stopped, adding that it targets not only Ukraine but the Republic of Moldova as well. Zelenskyy also said he was confident that Romanian companies would participate in Ukraine’s reconstruction programs after the war is over.

Volodymyr Zelenskyy addressed Romania’s Parliament on Monday evening, April 4, after visiting earlier in the day the region around Kyiv freed from the Russian occupation.

Before his speech, he presented some shocking images showing the crimes committed by the Russian troops against the civilian population in Bucha, Irpin, Hostomel and other settlements in the Kyiv region. The images show people dead in the streets, some of whom appear to have been executed with their hands tied behind their back.

“I apologize for the harsh images, but this is the harsh reality,” the Ukrainian leader said, quoted by News.ro. In his speech, he referred to the Romanian Revolution in December 1989 when the Romanian people “rose to overthrow a regime that was inadequate because it was the only way.”

“Ukraine is not the last target of Russian aggression,” he continued. “The Russian occupiers want to pass Mikolaev to occupy Odessa and from Odessa to go into Moldova. (...) It is fundamental to defend the independence of Moldova and that means security in the entire Danube region. Currently, the fate of the whole of Eastern Europe and the Black Sea is being decided on the territory of Ukraine.”

He called on Romania to close its ports and stop the transit of ships to Russia, and stop imports from Russia, regardless of product type.

Zelensky called on everyone to do their utmost to hold the Russian military accountable for the crimes committed on Ukrainian territory.