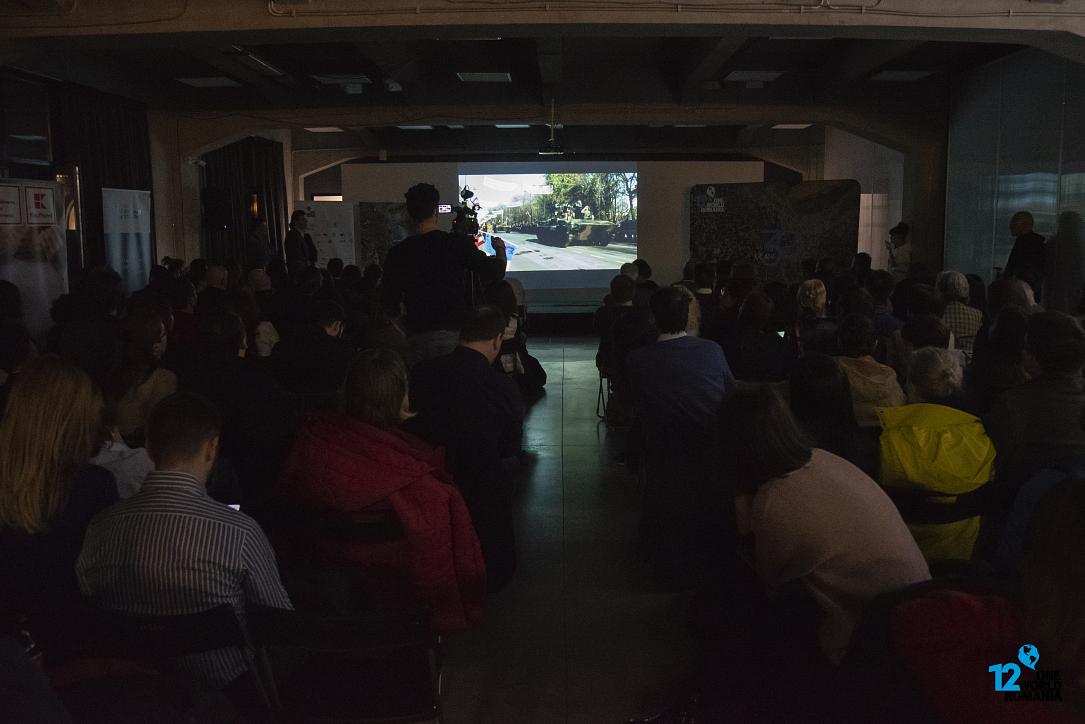 It has been almost 30 years since the Revolutions of 1989, and this year’s edition of the international documentary festival for human rights One World Romania, which took place between March 15 and 24 in Bucharest, reflected on it with an impressive programme, not just in terms of selection, but also by putting together the many side events (among them a public dialogue with president Klaus Iohannis).

Led by a new artistic team (film critic, author and lecturer Andrei Rus and filmmaker Vanina Vignal) the festival was as reliable as ever in covering not only some of the more pressing human rights issues, but also in offering a context for discussion, both by showing older films and debating the topics with filmmakers and experts.

Sections were dedicated to LGBTQI+ issues, revolutions and the periods following them, women, contemporary families, work, or migration. The winner, selected by a jury made of highschoolers (true to the festival’s mission to include the young and to educate) is Bernadett Tuza-Ritter’s A Woman Captured, a harrowing look at a woman who has spent 10 years working for a Hungarian family in a state of captivity that is shocking to see.

The list of other remarkable films would go way beyond the scope of this review but if I had to choose a consistently excellent series of films, it would be the retrospective dedicated to Austrian veteran filmmaker Ruth Beckermann. Her 2018 picture The Waldheim Waltz unfolds like the best of thrillers and deals with former U.N. General Secretary Kurt Waldheim’s 1986 election campaign for Austrian presidency in the context of him being exposed as having been a Nazi collaborator and involved in the murder of partisans in former Yugoslavia (which he kept denying), asking questions of the country’s relation to its past. Her other films shown (The Paper Bridge, East of War, Homemad(e)), are just as involving and thought-provoking.

But the absolute highlight was the screening of one of the most influential documentaries of all time, Marcel Ophül’s 1969 The Sorrow and the Pity. Clocking in at over 4 hours, it looks at the town of Clermont-Ferrand in central France who had been occupied by the Germans during World War II and interviews inhabitants and former German officers and soldiers on their memory of the period, and the decisions they made for their lives at the time (collaboration and resistance being key words here, but Ophüls is too intelligent a filmmaker and connoisseur of human nature to point fingers). This is a towering achievement, a brilliant study of power, people under pressure, and what makes a moral decision, shot with insight, empathy, and wisdom.

The Romanian productions were also given a generous platform, among them Adina Pintilie’s Touch Me Not, and Mona Nicoară and Dana Bunescu’s The Distance Between Me and Me. Traditionally, each edition also launches a new archive programme, and this year there were two. Sahia Vintage is the name of the series of documentaries produced by the eponymous documentary studio in Communist times, which used to commission shorts films. They had ample resources and some of its directors and cameramen even managed to trick censorship, making many of them striking in terms of style and approach, and Sahia a favorite with the festival crowd (also thanks to curator Adina Brădeanu’s excellent introduction of the films and their context). This year the focus was on labor quality, ethics, and safety, and on time, history, and temporality, and while the programmes were less overtly entertaining than in past years, they were also more stirring (On Christmas We Took Our Ration of Freedom is particularly hard to forget once seen). The programmes are also released on DVD, and you can find them at the Cărturești stores, for instance.

For me the most exciting event of the Romanian section was the work-in-progress screening of Andrei Ujică‘s Things We Said Today, showing approximately half an hour of the film, followed by a discussion with him and editor Dana Bunescu. Ujică has never shied away from monumental projects, but this one seems to top them all. The sheer ambition of the endeavor is jaw-dropping: a mixture of documentary and fiction elements, it recreates exclusively out of diverse archive material the New York of August 1965, the weekend when the Beatles came to play at Shea stadium, and uses two actors for conveying a personal perspective. The amount of work must be enormous, so here is hoping they make the release in approximately two year’s time. If not, the wait will certainly have been worth it.

One World has grown into Romania’s strongest festival in terms of its consistency of subject matter, form, and approach. Everything is remarkable, from the quality of its films and talks to its fearless dedication. Luckily, you can still catch some of its titles as the ever-reliable Doc Alliance channel is hosting 5 films from the selection until April 14. You can find the details here.