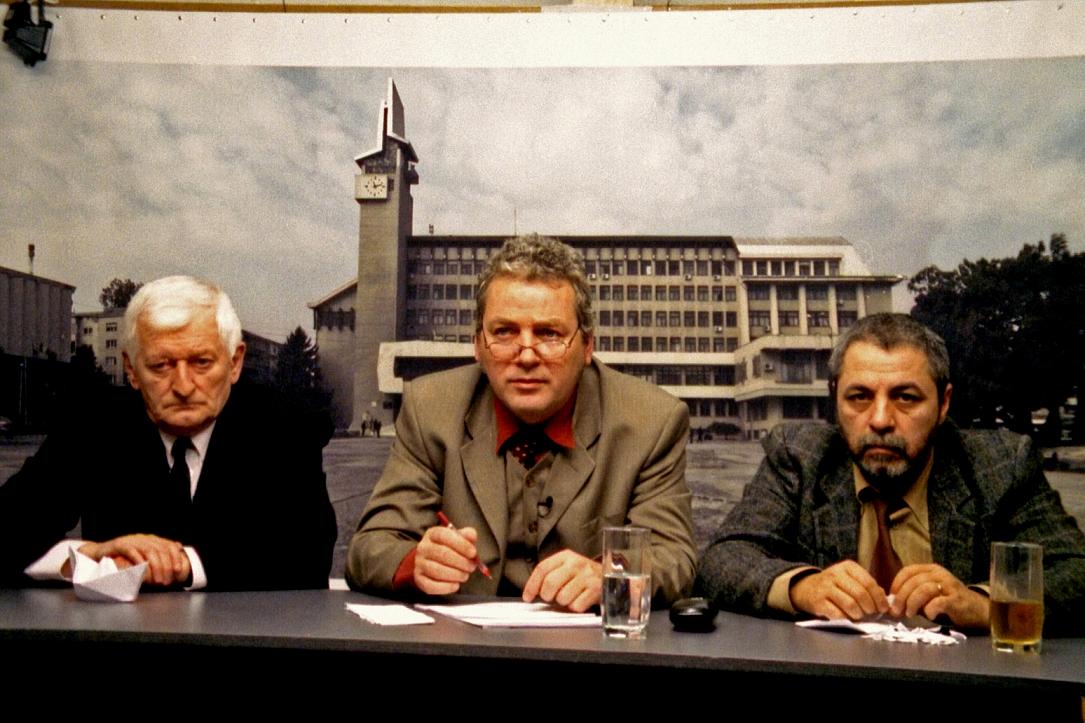 The holidays are finally here, and with it the inevitable seasonal evergreens, from Christmas love stories new and recycled to Home Alone (all parts). If you are looking for alternatives to the usual TV programming, or even Netflix or Amazon Prime, here are a few recommendations that will make you laugh, cry, scratch your head, or just be in awe.

Elvire chez vous is the watch-at-home version of the always-reliable Elvire Popesco cinema, part of the French Institute in Bucharest. The cinema has moved their selection online, with a new programme each week (including Romanian titles). Tickets can be bought on Eventbook, and each film is available for streaming in Romania on the respective day from 6pm until midnight. The following days bring you the idiosynchratic love story Of Body and Soul, the ravishingly beautiful Cold War, another love story but this time in much more tragic times, and the charming French comedy La belle époche. Their January state includes the Romanian (co)productions Eden, Ivana the Terrible, and Teach, but more on these titles next month.

HBO GO has a constant selection of domestic content, and what a joy to see they have added an animation to their catalogue, and a true film for the season, Anca Damian’s Călătoria fantastică a Maronei/Marona’s Fantastic Tale, a moving story of a dog who changes various owners, and (hopefully) touches their lives just the way they touch hers. Lovingly made, with lavish animation, and an exuberant burst of colour and shapes, this is finest family entertainment (although maybe not for the youngest, because it does have its dark moments).

An absolute stunner of a Christmas gift is cinema Union’s 101 titles from the National Film Archive. The films from various decades (up to the 1990s) are available from 24 December to 31 January. The tickets for the films can be purchased on Eventbook and are available in Romania. There are so many gems here that I wouldn’t know where to start and what to recommend, from easier fare to more challenging masterpieces, all Romanian productions, some of them also with English subtitles.

The last recommendation is business as usual because no Christmas would be complete without the undisputed holiday classic, Corneliu Porumboiu’s very, very funny A fost sau n-a fost?/12:08 East of Bucharest. When three representative citizens of the provincial town of Vaslui gather in the local TV studio to discuss whether the Revolution also happened in their provincial town, things go awfully (and hilariously) wrong between the cocky presenter, the alcoholic teacher and the depressed pensioner who makes some extra money by dressing up like Santa Claus. Throw in an incompetent cameraman and a run-down studio, and you have an incredibly droll film that is also very moving, and a reminder of how life can deliver the saddest and funniest of stories, and definitely the most absurd. The film will probably pop up on TV at some point, but if not, you can find it on Netflix, and on DVD at various shops (usually at Cărturești), or an Amazon.

Merry Christmas, dear Romania Insiders, may it be healthy, safe, and bring joy, peace, and most of all hope.