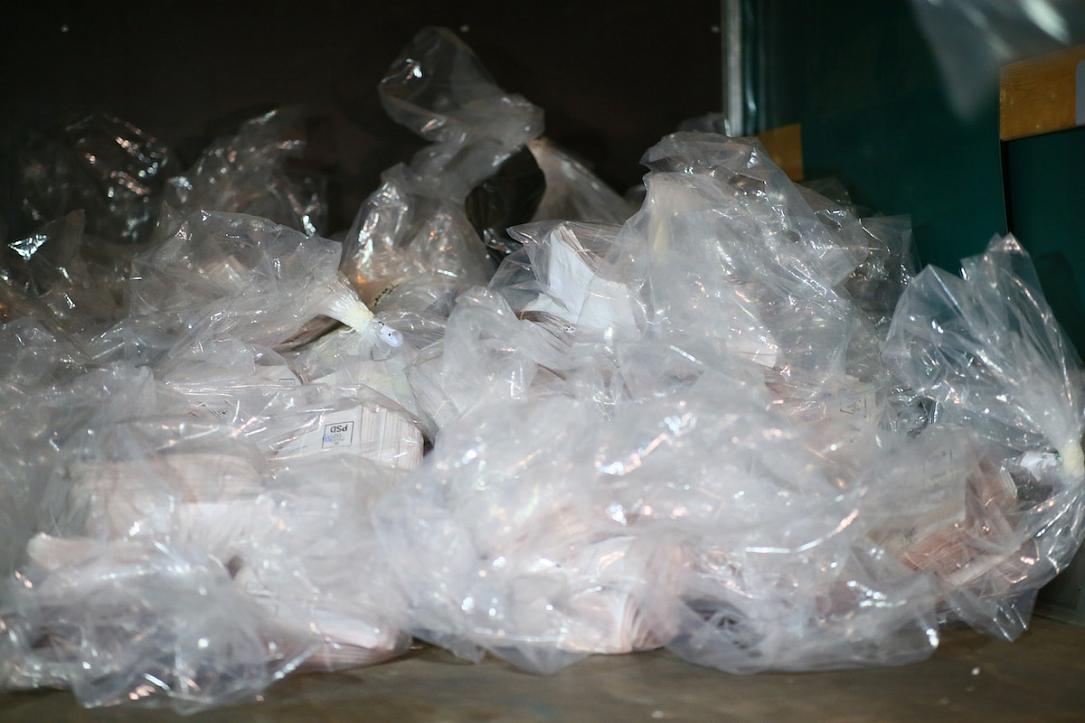 The scandal related to alleged electoral fraud in the Bucharest local elections continues after the Social Democrats asked for the annulment of the elections on Sunday, September 27. They want new elections and accuse the Save Romania Union (USR) of tampering with the votes.

Their allegations are based on videos captured by a surveillance camera in a room at the District 1 Electoral Office, where the bags with the ballots were placed after the elections. The videos show several men entering the room, searching for something in the bags, and taking a bag out of the room. Antena 3 news channel, close to the PSD, aired the videos on Wednesday evening and commented that the people in the room with the ballots were from Save Romania Union (USR).

The Social Democrats immediately reacted and called for the annulment of the elections, arguing that the videos were proof of election fraud. The calls came from former District 1 mayor Daniel Tudorache, former Bucharest mayor Gabriela Firea, and PSD leader Marcel Ciolacu.

"I do not ask for a recount. It's a joke! I demand new elections," Tudorache said.

"At night, like thieves! Shocking images! Proven fraud! USR-Plus members rummage in the ballot box. They even take bags out of the room. If we organized the elections in such a criminal way, everyone would be on the street! Things can't stay that way! All international bodies must be informed! The elections must be repeated!!" Gabriela Firea wrote on Facebook on Wednesday evening.

Clotilde Armand, the USR-PLUS and PNL candidate for the District 1 mayor position, said on Wednesday that Antena 3's allegations were fake news, and that the images captured by video surveillance cameras were from the night of the elections when the votes were counted. She said she notified the audiovisual watchdog CNA and accused Antena 3 of manipulation. Clotilde Armand also accused Daniel Tudorache and PSD of electoral fraud in the days after the election after a PSD candidate for the city council was found carrying 473 ballot minutes. The Police and prosecutors started an investigation into this matter.

Update: The District 1 Electoral Office (BES), headed by prosecutor Nicolae Sprincu, issued a press statement on Thursday to explain the situation. Spincu says no ballot bag was removed from the room and that the images were interpreted in a misleading way, according to Hotnews.ro. He explained that the people who entered the room were part of the Electoral Office's personnel and party observers. The documents extracted from the room were lists with signatures needed to double check the number of voters in some polling stations where the numbers showed some discrepancies, according to the BES press release.

Gabriela Firea lost the race for Bucharest mayor to Nicusor Dan, who was supported by a center-right alliance made of the Liberal Party (PNL) and USR-PLUS. According to the official partial results, Daniel Tudorache also lost the elections in District 1 to USR's Clotilde Armand by a margin of just 1,000 votes.

"It is inadmissible that in 2020 we will still have heated discussions about vote fraud. It is inadmissible that toxic practices, used in the past, continue to be embraced by retrograde politicians who do not understand that Romanians no longer tolerate lies," president Klaus Iohannis commented on Wednesday about the election fraud allegations in Bucharest.

Meanwhile, PSD leader Marcel Ciolacu accused president Iohannis of protecting a criminal system. "Iohannis, not even your African counterparts would do this!!! To see how USR members steal the votes like thieves in the woods, with the gendarmes at the door, and still blame others!!" Ciolacu wrote on Facebook. He asked for the interior minister's resignation and said the Liberal Government was equally responsible for the "theft". "We will notify all international institutions! Europe needs to know who you are, thieves!!! The elections have obviously been rigged and must be canceled," he continued, according to Adevarul.ro.

The scandal has already overshadowed the results of the local elections on September 27. The Liberals won about 33% of the votes in the Sunday local elections while the PSD got a score of only 31%, significantly lower than in 2016. The Social Democrats thus lost many top positions in the local administration to PNL and USR-PLUS. Still, PSD won most mayor positions (about 1,450, compared to 1,250 for PNL and 45 for USR-PLUS), according to an analysis by Adevarul.

The Social Democrats also kept 20 County Council president positions compared to 17 for the Liberals and none for USR-PLUS. Still, losing the elections for the Bucharest City Hall and in most of the city's districts was a significant image blow for PSD, which is why the stake of this election fraud scandal is so high.

The scandal also marks the start of the electoral campaign for the general elections in December, which will likely be a heated one. The parliamentary elections will decide who will run Romania in the next four years.