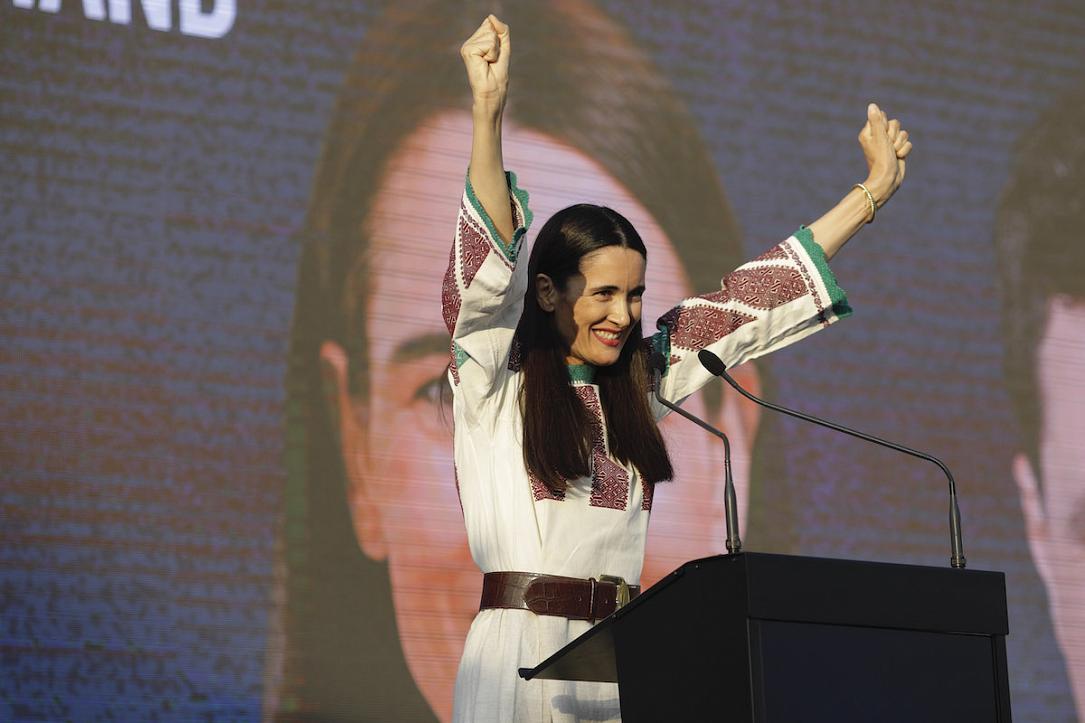 French-born Clotilde Armand (opening photo) won the elections for mayor in Bucharest's District 1 after a fierce battle with incumbent Social Democrat mayor Daniel Tudorache. Fraud allegations on both sides overshadowed the vote result. And, indeed, looking at the numbers, something doesn't add up in District 1. The surprise is not that Clotilde Armand won, but that the margin she had on her opponent was so thin.

The centralized partial results available on the Permanent Electoral Authority's website show that Clotilde Armand got 36,455 votes from District 1 residents (40.9%), whereas Daniel Tudorache got 35,451 votes (39.8% of the total). The difference between them is thus only 1,000 votes or one percentage point.

However, the numbers are not consistent with the results of the other three ballots (for the Local Council, Bucharest mayor, and Bucharest General Council).

Clotilde Armand ran in the local elections backed by a center-right alliance made of USR-PLUS and the National Liberal Party (PNL). The same coalition supported Nicusor Dan in the race for Bucharest mayor. Nicusor Dan received 42,611 votes in District 1 (or 47.6% of the total), whereas the Social Democrat candidate – incumbent mayor Gabriela Firea got 30,894 votes (34.5% of the total). This results in a difference of 11,700 votes (13.2 pp) in favor of the center-right candidate.

Thus, over 42,500 District 1 inhabitants consistently voted for USR-PLUS and PNL in three ballots, but at least 6,000 of them chose not to support the alliance's candidate for District mayor. Meanwhile, the incumbent mayor got close to 8,000 votes more than the party he represents.

The final results of the District 1 mayor elections are also much tighter than the exit-poll results announced after the voting closed on Sunday evening. Clotilde Armand scored 48% in the exit poll, compared to Tudorache's 36.5%. While the exit poll results in Bucharest were slightly titled towards the center-right candidates (the scores indicated were higher than the official scores after the counting), they indicated rather correctly the scores of the PSD candidates and the winners.

You may also want to read: Romania local elections: How are the votes registered and counted & what were the main issues raised

Despite the big difference in the exit poll and the first partial results announced on Sunday night, incumbent mayor Daniel Tudorache made a surprising statement on Monday morning, claiming that his party's parallel counting showed he had 200 votes more than Clotilde Armand. This started a scandal, with fraud allegations coming from both sides.

On Monday, Clotilde Armand notified the police about a man who was found with a pile of voting records on him. It's not clear where the papers came from or if they were genuine or not. She asked for an investigation into alleged electoral fraud.

Meanwhile, Daniel Tudorache and PSD asked for a vote recount. The Central Electoral Office (BEC) rejected their request on Wednesday.

A similar situation four years ago

The elections for the District 1 mayor seat were also marked by scandals in 2016. Clotilde Armand, a new face in local politics at that time, was very close to a big surprise. The exit polls indicated her as the winner, but the official results favored her opponent Daniel Tudorache. The difference was again thin, of only about 1,700 votes (3 percentage points).

District 1 is Bucharest's wealthiest district. It includes Bucharest's biggest office hub and the high-end residential areas in northern Bucharest (Baneasa, Pipera, Aviatiei, Primaverii, Herastrau, Dorobanti), inhabited by some of Romania's richest and many expats. However, District 1 also includes some relatively poor neighborhoods, such as Bucurestii Noi and Grivita.

Clotilde Armand, 47, was born in France and became a Romanian citizen five years ago, which allowed her to run in the local elections. Before entering politics, Clotilde Armand worked in the private sector, holding several managerial positions in major companies such as KPMG Romania, Airbus, or Egis.