Analysis: Household income & spending, double on paper in five years. What's the reality behind the numbers in Romania? 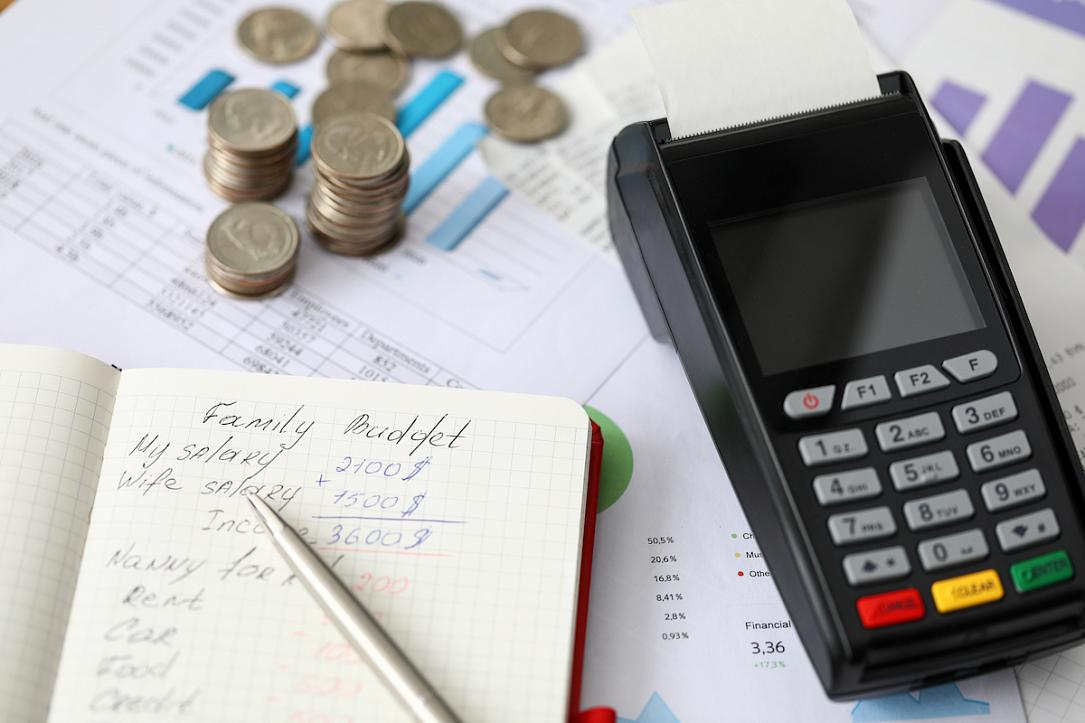 The average monthly income of a household in Romania was nearly double in 2019  compared to the level recorded in 2014, according to official data presented by the National Statistics Institute (INS). But how much of this increase was on paper due to an artificial change and how much was it visible in people's actual net revenues? And how much of the growth in official spending numbers went to consumption? Have the population's revenues really increased twice as fast as the whole economy?

Let's have a look first at how things look on paper, according to statistics.

The average income of local households went up by a whopping 91.5% compared to 2014, when it stood at RON 2,500 per month. By comparison, the GDP per capita increased by 63% in the same period. Thus, the population's revenues seem to have increased almost twice as fast as the economy as a whole.

The average monthly expenses per household went up by 80.3% during these five years, reaching RON 4,092 (EUR 854) in 2019. So the increase in revenues also brought about an increase in expenses.

These nominal growth rates were only marginally influenced by inflation, which was only 7.75% (combined) in the same period.

Theoretically, these figures paint a rosy picture: Romanians are earning more than they were earning five years ago, and they also afford to spend more.

The evolution of wages largely influences the average household income as it is officially reported. Salaries have indeed grown in Romania in the last five years. However, while the average gross wage was 118% higher in 2019 than in 2014, the average net salary was 83% higher. Where does the difference come from?

In January 2018, the Social Democratic Government moved all the social contributions paid on wages from employers to employees, thus artificially increasing gross wages. So, with this move, it just looked like people earned more; the gross wage includes taxes paid to the state, and the taxes part was the one that went up in this case.

When it calculates the monthly household income, the INS takes into account the gross salaries and not the net ones. So a significant part of the increase in household revenues was determined by this fiscal change.

This tax change also influenced the evolution of household expenses. The average monthly taxes paid by local households thus increased by 256% between 2014 and 2019, and nearly doubled in 2018 compared to 2017 as a direct consequence of this move, the data analysis shows.

So, people seemed to earn more and the extra money they earned actually went to wage taxes.

When we get taxes out of the way, the increase in average monthly incomes between 2014 and 2019 is only 62.1%, which is similar to the increase in GDP per capita in the same period. The household expenses minus taxes recorded a lower increase, of 45.1%, which is still significantly higher than the 7.75% consumer price inflation in the same period. So, the purchasing power of Romanian households has still improved significantly.

How has this increase in purchasing power influenced spending?

The Romanian households' average spending for consumption increased by 52.4% from 2014 until 2019, to almost RON 2,500 (EUR 520) per month. The expenses for all categories of consumer goods increased during the analyzed period, but there are significant differences between them.

Spending on food and non-alcoholic drinks, which have the highest share in the overall consumer spending, went up by only 24%, to RON 812 (EUR 170) per month. Meanwhile, spending on vices (alcohol and tobacco) went up by 61%, to RON 204 (EUR 42.5) per month. Part of the increase may have come from higher taxes included in the prices of such products rather than higher sales volumes.

Romanians have also increased their spending on hotels and restaurants by 131% in the last five years (from 1.4% to 2.1% of the consumption expenses). Transport and healthcare expenses recorded above-average growth rates as well (75% and 66%).

Housing and utility expenses, the second biggest category of consumer expenses, went up by 42% from 2014 to 2019.

The Romanian households' incomes increased significantly in the last five years, although not as much as official statistics may suggest, and in line with the growth of the economy. The increase in salaries was mainly responsible for pushing household revenues up.

The sectors that benefitted most from these evolutions are those of fashion, furniture and home décor retail as well as hotels and restaurants. 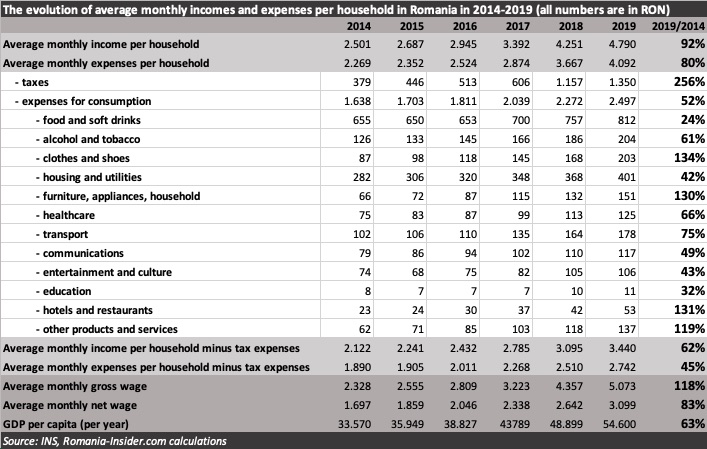