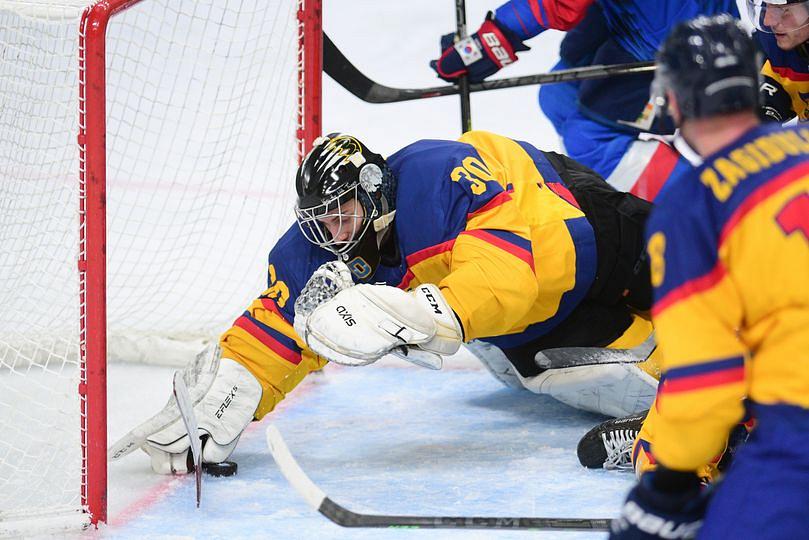 The fallout from the scandal involving ethnic Hungarian players of the Romanian national hockey allegedly singing the Székely anthem after the game with Hungary has not subsided in the days since. After the game, the secretary-general of the Romanian Hockey Federation, Alexandru Nistor, accused the same players of “betraying Romania” and losing to Hungary on purpose, according to Digisport.ro.

“They turned against the country they were representing,” Nistor said. “They were born and raised by a country, Romania, and they betrayed it,” he added. Nistor also claims that the players were encouraged to act the way they did by Tanczos Barna, Environment Minister in Romania’s coalition government. Barna is supported by the Democratic Alliance of Hungarians in Romania, the party of ethnic Hungarians in the country, and is the former president of the Romanian Hockey Federation.

Nistor’s accusations received a fiery reply from Daniel Trancă, captain of Romania’s national hockey team. “What they are saying is horrible, it is a lie,” Trancă said. “We were the underdogs [of the group] from the start. The game with Hungary did not even matter [in the standings], it was a matter of pride and ambition. Everyone in hockey knows how much we, the Székelys, want to beat the Hungarian players, especially since some of them play in Romania and we want to prove that we are better. There’s no bigger rivalry,” he added.

The captain of the hockey team also demanded to see evidence of the team’s betrayal, adding that none could exist. Trancă said that the Székely anthem was sung by the supporters of the team after every game that took place during the World Cup games.

“A lot of officials from the Federation were there with us and no one said anything about being bothered by the fact that we listened when the fans were singing. They [the officials] kept silent, took pictures and sent them to the press just so they could blame us,” he concluded.

Goalkeeper Zoltan Toke also made a statement regarding the accusations. “Three minutes before the end of the match it was 3-2 in their [Hungary’s] favor, it’s not like they beat us 10-0,” he said. “While the anthem was sung, we [ethnic Hungarian players] remained on the ice out of respect, but so did the naturalized players [foreign-born players who received Romanian citizenship] from Slovakia, Ukraine, or Russia. […] If the ethnic Hungarian hockey players stopped coming to the national team, Romania would stop existing in hockey altogether,” Toke said. The goalkeeper also accused the Federation of failing to provide them with decent conditions in which to train.

Romania has 13 ice skating rinks, but spokesmen from the Hockey Federation have long pointed out that only 4 are suitable for hosting international competitions. Construction of the new “Mihai Flamaropol” ice staking rink in Bucharest, which is to service international hockey games, has been facing severe delays.

On Friday, officials from the Romanian Hockey Federation were supposed to analyze the events that occurred after the game with Hungary and will decide if any measures are to be taken to discipline the players in question.