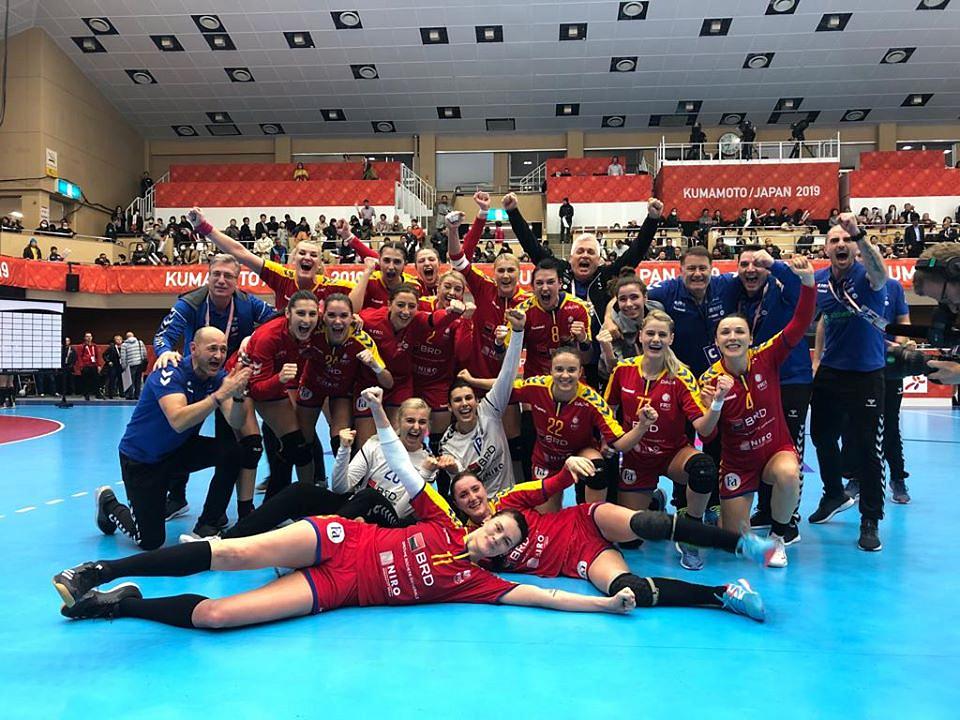 Romania’s national women’s handball team qualified for the second group stage of the 2019 World Handball Championship in Japan after an amazing last-second win against Hungary (28-27) on Friday, December 6. The match was decisive and any other result than a victory would have sent Romania home.

Hungary had an amazing start and the Romanians saw themselves five goals behind (0-5) after seven minutes. The Hungarians kept the difference throughout the first half, which they ended in front (10-16).

The second half was more balanced and the Romanians fought their way from behind getting one goal close to the Hungarians before entering the last 10 minutes of the match. Then, with their last resources, Cristina Neagu and the team leveled the score (27-27) in minute 59, after which Neagu scored from a penalty shot in the last seconds of the match bringing Romania the victory and taking the team to the next stage of the competition.

Captain Cristina Neagu, the world’s best player in 2018, scored 10 goals against Hungary and reached 40 goals in the competition.

Romania gathered 6 points in the first group stage, after three victories against Senegal, Kazakhstan, and Hungary. However, Romania lost to both Spain and Montenegro, the other two teams that qualified from its group, so it will go into the second group stage with zero points. Spain, who beat Montenegro in the last group match, will have four and Montenegro will have two.

In the second group stage, Romania will play against Russia, Sweden, and Japan, with a maximum of six points on the table. This makes it almost impossible for the Romanian squad to advance to the semifinals, where only the best two teams from the group will qualify.