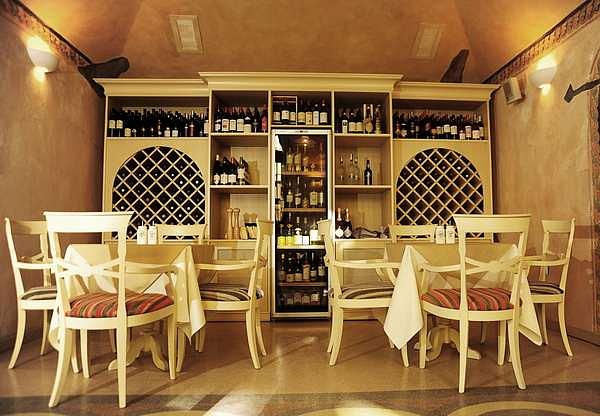 The Old Town is full of good restaurants for all tastes so choosing is not always easy.

But as someone has recommended us the Vecchio restaurant, we went for it.

I had passed by it many times without really knowing its name. I vaguely remembered that the building the restaurant is located in, at 16 Covaci street, has some historic importance.

The adjoining building at number 14 used to host the headquarters of the newspaper Timpul, where Romania's national poet Mihai Eminescu used to write, along with a host of other famous Romanian writers.

The restaurant itself is located in a building, which used to host the Cafeneaua Istorica coffee shop – apparently the coffee place where the elite who wrote for the nearby Timpul liked to pass time and find inspiration. We're talking history here, 18th and 19th century, and art. So if you fancy the idea of spending time in a place that Romania's national poet Eminescu used to visit quite frequently in 1880 and 1881, this is it. 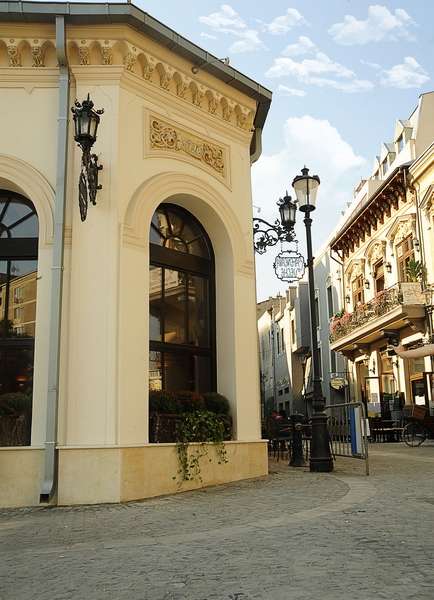 But don't go just for the history, I did not, I learned the history part while being there, and a bit after. I went for the food, and I was not disappointed. But above all, I was impressed by the service. It is not very often that I see waiters who just know when to pass by your table, always filling your glass of wine, gently suggesting solutions (such as four teaspoons for the desert which was initially meant for two people, while the other two were probably leering at the cake). So in Romania, where in most restaurants you have to almost beg silently for your waiter to do you a favour and approach your table, being at Vecchio where people were attentive (as the norm should be everywhere!)  required some getting used to in the beginning.

Now the food. I started with the broccoli soup, and I also tasted the Tuscan tomato soup, both of which were delicious. A good start. On our table there were also bruschetta with anchovis, but as I currently refrain from eating anything wheat-based, I had to pass. It looked tasty however.

Then for main course, two of us had the salmon in flavored herb crust, one with potatoes, the other with carrots, and they were both tasty, and nicely presented. (I should know, I have been watching Master Chef, I now judge plating!) Somebody else in our group got the risotto with seafood, I liked it but they said that while they also liked it, they've had better elsewhere.

The prices are on the average to high side, I have seen much higher prices elsewhere for worse food. For four people, with soup/appetizers, main course, one shared desert and wine, the bill went to around RON 380 (or EUR 86). To check the menu (also with English translation), go here. 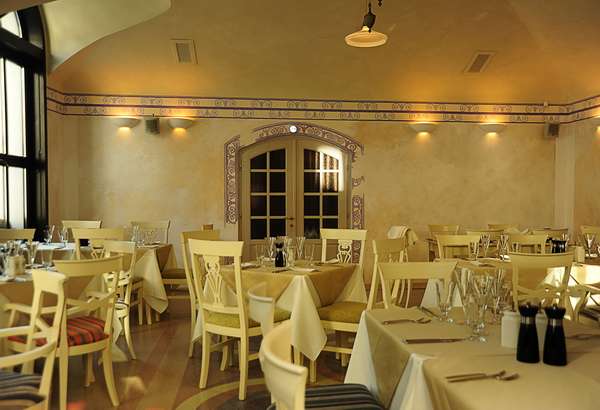 Vecchio is an Italian restaurant – they have pastas and pizzas, but that will have to be for another time there, when I decide to indulge in some wheat-based food. I think a restaurant should anyway be judged based on at least two visits, so bear in mind, this was my first.

While enjoying our food and our wine, I realized there was something in this place that made me feel good. Was it the interior décor? Was it he fact that I saw a nice, round Italian oven which I hope to one day have in my large kitchen too? Was it the company, or the waiters' almost undivided attention? Either way, it was enough to get me hooked and promise myself I'd return to see what else it has to offer.