Who is Nicusor Dan, the new mayor of Bucharest, and how does he plan to change Romania's capital? 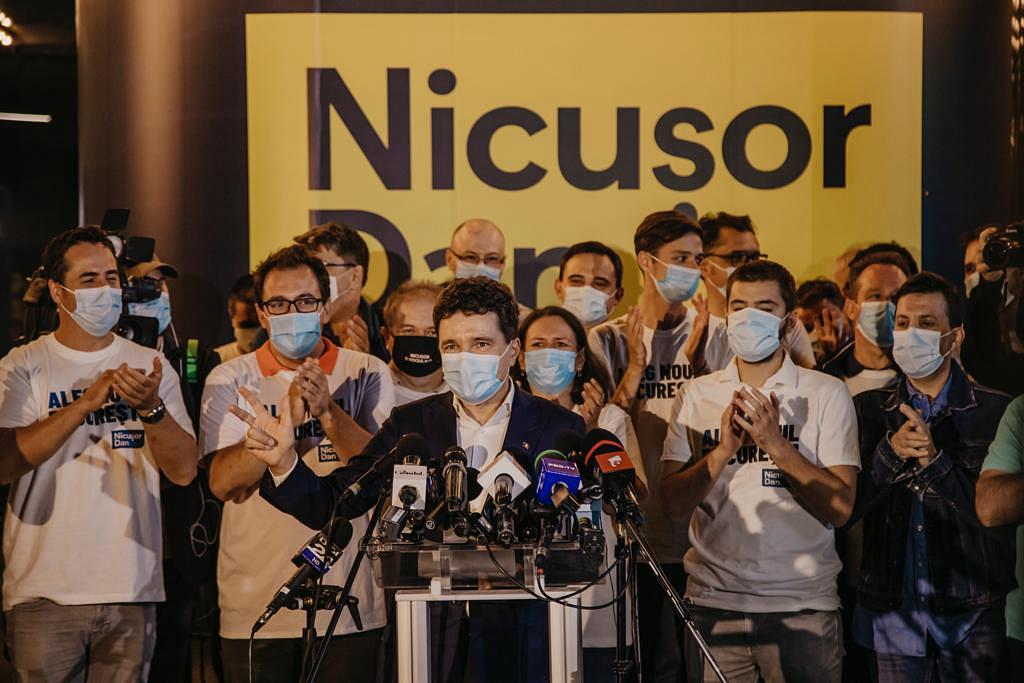 Mathematician and civic activist Nicusor Dan, the new mayor of Bucharest, is the symbol of the new generation of Romanian politicians. Although rather shy in his public appearances and not willing to strike any deal just to reach his goals, he is the symbol of the new political wave in Romania aiming to become the alternative to the traditional parties. His efforts, which started with an independent candidacy in the 2012 local elections in Bucharest, were the spark that has led to the creation of a new political force in Romania represented today by the USR-PLUS alliance, which also confirmed its strength in the September 27 local elections. Nicusor Dan won the race for Bucharest on his third attempt and he is now promising to turn the Romanian capital into "the New Bucharest," but his task is not easy. His mandate will be a test not only for him, but for all the young politicians of the new wave who believe they can change Romania.

Nicusor Dan, 50, is married and has a daughter. He was born in Fagaras, Brasov county, and moved to the capital at the age of 18 to study mathematics at the University of Bucharest. He also studied in France and returned to Bucharest with a Ph.D. in mathematics from Sorbona University. Here, he helped create Scoala Normala Superioara Bucuresti, an educational institution set up on the model of the French Ecole Normale Superieure.

Not long after returning to Romania, Nicusor Dan decided to get involved in stopping what he called Bucharest's destruction. He founded the Save Bucharest Association, aiming to stop the construction of high-rise buildings in the capital and the deforestation of parks while also fighting to prevent architectural heritage houses' demolition. The Association got involved in many trials against the local authorities in Bucharest and won a big part of them, thus stopping several illegal urban planning projects.

He then decided to try to change things from within the system, and in 2012 ran for Bucharest's mayor office as an independent candidate. He got 9% of the votes at that time, losing the elections to Sorin Oprescu, one of the most popular local politicians at that time.

Then, in 2015, he took a step forward and founded and registered a new political party - Save Bucharest Union (USB). The party gained popularity pretty fast. At the local elections in June 2016, Dan and Save Bucharest Union managed to pull a fantastic surprise and get more than 30% of the votes, coming second after Gabriela Firea.

However, things didn't stop there, and USB turned into Save Romania Union (USR), becoming a national player. The new party even managed to enter the Romanian Parliament in 2016. However, Nicusor Dan resigned from the party's helm in the summer of 2017, following internal power struggles.

Thus, at this year's local elections, held on September 27, Dan ran again for the Bucharest mayor seat as an independent. However, he had the political support of a center-right coalition made of the governing National Liberal Party (PNL) and the USR-PLUS Alliance. A smart move, some would say, as incumbent mayor Gabriela Firea, Dan's primary challenger at these elections, ran for a new term backed by the Social Democratic Party (PSD), the biggest party in Romania. And, although the race was tight, the third time was the charm for Nicusor Dan, as he managed to convince most voters that he was the better choice. According to partial results, Dan got 42.8% of the votes, while Firea pulled a score of 38%.

During the electoral campaign, Nicusor Dan promoted himself as the candidate with the biggest chances of defeating Gabriela Firea at the polls, and as the man that can bring the much-needed change the Bucharest needs. And, although he was under fire in the weeks before the elections, mainly because of a media scandal triggered by an audio recording in which he promotes the interests of a man portrayed by the local media as a shady businessman, he managed to convince Bucharesters that he would still be the best choice.

Dan's slogan for the local elections was "Together we build the New Bucharest." In fact, in the speech held right after the exit polls showed him as the new mayor of the capital city, he said: "Today is the birthday of the New Bucharest."

Nicusor Dan's program for the "New Bucharest" includes various programs focused on areas such as urban mobility, environment, economy, education, health, culture, and safety. For example, according to his campaign website, the new mayor plans to modernize public transport, create a light rail system, build new parking lots and more bike lanes, and install smart traffic lights in the city. He also says that he would implement projects to fight pollution and expand the capital's green areas, including creating a "green belt" around the city. Plus, he also promises to solve the complicated problems of the Bucharest's central heating system and start investments in education, healthcare, and culture.

Bucharest's new mayor promises that the city's residents will spend 40% less time in traffic and live two years more, on average, due to lower pollution. He plans to develop 130 kilometers of light rail (using the existing but unused railway infrastructure in the city) that will be connected to the existing public transport infrastructure. He also wants to modernize 50 kilometers of tram lines and buy 900 new trams, buses and trolleybuses. To finance his projects for Bucharest, he plans to draw over EUR 2 billion worth of EU funds.

Further details about his projects here.