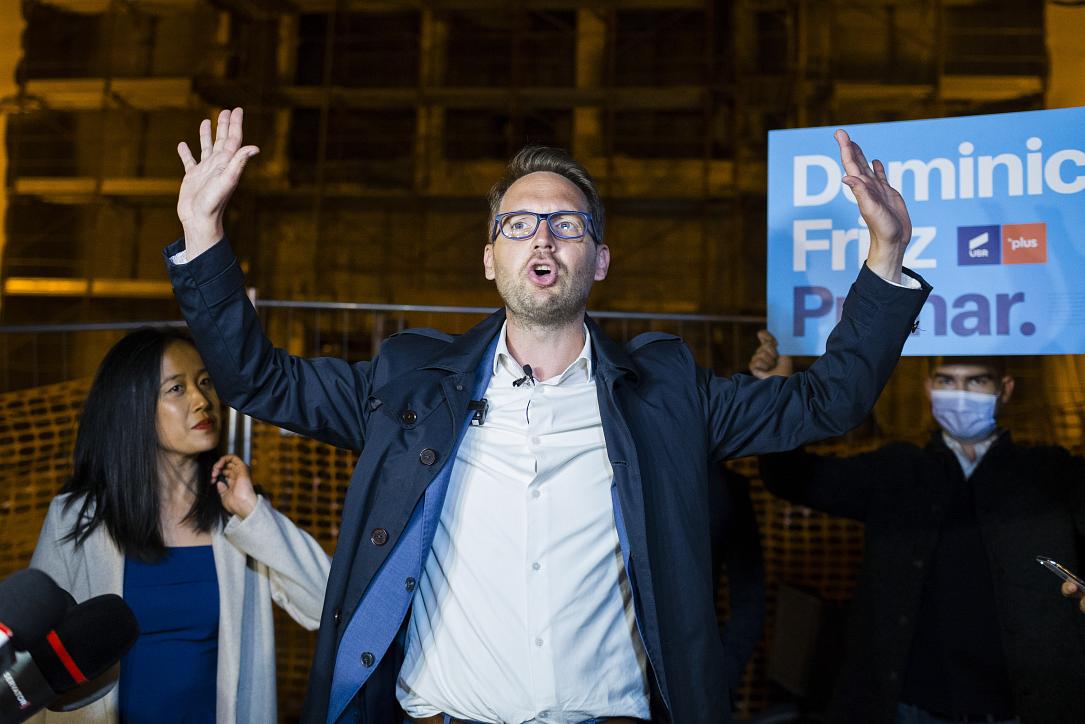 Dominic Samuel Fritz, a German citizen who ran on behalf of the USR- PLUS alliance, was elected mayor of Timișoara, the largest city in the region of Banat, in western Romania.

He ran against incumbent Nicolae Robu, the candidate of the National Liberal Party (PNL), who was aiming for a third mandate.

Robu acknowledged Fritz’s victory, as shown by the count of the USR-PLUS alliance and of the PNL. No exit poll was carried out in the city, Tion.ro reported. The count held by USR-PLUS showed that Fritz won more than 50% (54.88%) of the votes.

Fritz first arrived in Timișoara when he was 19 years old to work as a volunteer with children from a local orphanage. He returned to the city in 2006, when he got involved in a social program for adults with intellectual disabilities. After regular visits and against the background of the massive anti-corruption protests in Romania in 2017, he joined USR and decided to run for mayor.

He studied political science at universities in Germany, France, and the UK. He worked as an advisor to the German Agency for International Cooperation (GIZ) between 2009 and 2012. Afterward, he was an advisor and chief of staff of former German president Horst Köhler. He speaks German, Romanian, English, and French.

“It is a huge honor for me to be elected your mayor. A person who first arrived here in 2003, who did not speak one word of Romanian, you wrote history. Romania elected a mayor who was not born in Romania, who does not have relatives in Romania,” Fritz said in his speech after the first results were announced.
He celebrated the win in the city’s Victoriei Square, surrounded by tens of supporters.

He said the Timișoara local administration would be a model for the entire country, a “model of an open and transparent, digitalized, European administration.”

EU citizens have the right to be elected as mayor, a local councilor, county councilor, and president of the local council anywhere in Romania, provided they have their official residence in that area.

Alongside Bucharest, Timișoara is part of a series of wins for the USR-PLUS alliance, which partnered with PNL in some counties. Its candidate also won in Braşov, a large city and mountain resort in central Romania, Stirileprotv.ro reported. There, Allen Coliban defeated PNL mayor George Scripcaru, who was running for his fifth mandate. With the support of PNL, it also won in Bacău, in eastern Romania’s Moldova region, where Lucian Viziteu won against incumbent Cosmin Necula, supported by Pro Romania. USR-PLUS also came very close to winning in Iași, a large city in northeastern Romania, where incumbent Mihai Chirică, a former PSD member who switched to PNL, kept his seat.