Comment: How a “dog” and a “plane” could seal Bucharest’s fate for the next four years 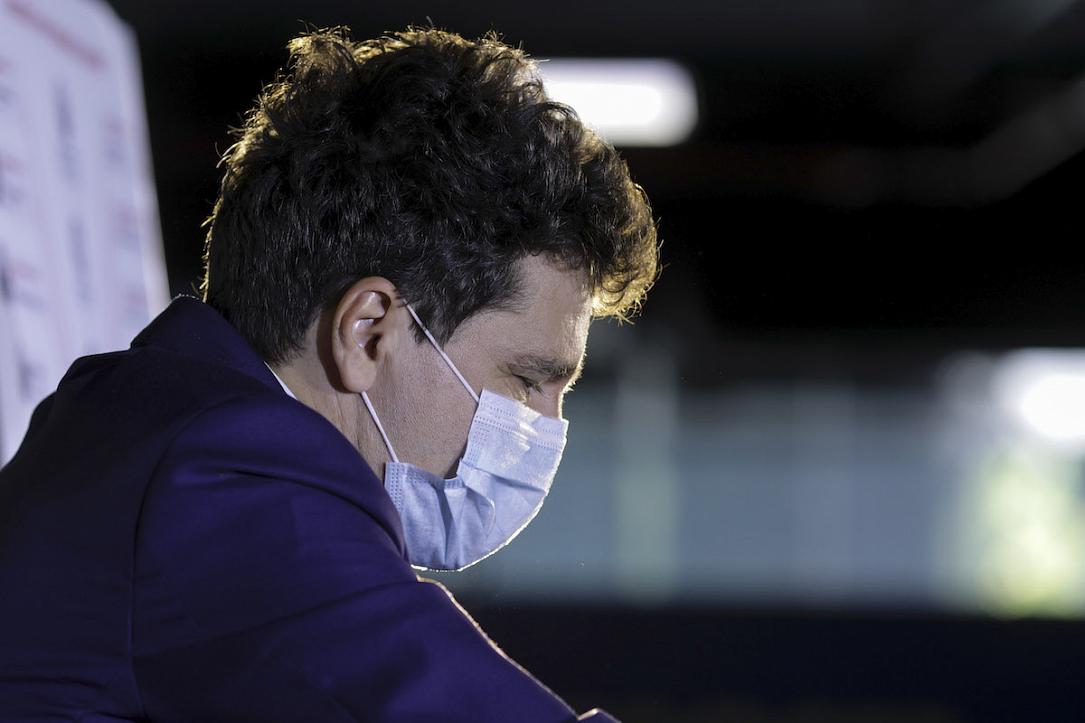 This year’s elections for the Bucharest mayor seat, the most visible position in Romania’s local administration, are likely to be the tightest in the last 30 years. Thus, any mistake from either of the leading candidates – incumbent mayor Gabriela Firea and civic activist Nicusor Dan (opening photo) – could cost them the election.

Although the candidate seeking reelection is usually in the defense, it’s challenger Nicusor Dan who is under fire these days. With only a 2% lead in the polls ahead of Gabriela Firea, the independent candidate who is supported by the ruling Liberal Party (PNL) and the USR-PLUS alliance, is at the center of a media scandal due to an audio recording in which he promotes the interests of a Mihai Mitrache, also known as “Dog", who is portrayed by the local media as a shady businessman.

Thus, instead of challenging Firea for answers to Bucharest’s problems, Nicusor Dan now has to explain why he has turned into the defender of such a character. Firea’s colleagues from the Social Democratic Party (PSD) have amplified the dispute by filing a complaint against Nicusor Dan at the National Anticorruption Directorate (DNA). They accuse him of blackmail, influence peddling, bribery, forgery, and money laundering. Dan’s initial reaction to this was to mock the Social Democrats for "having the courage to go to DNA, where many Social Democrats enter but few get out.". He then threatened to sue them for slanderous denunciation.

The whole scandal suggests Nicusor Dan’s lack of political experience. Election campaigns are never fair, and the higher the stake, the dirtier the battle. The voters’ feeling is often more important than solid arguments. This is why this scandal is a nightmare for Dan’s campaign.

What is this scandal about?

Briefly, Nicusor Dan was recorded by the District 4 mayor’s advisor as he was trying to mediate a settlement between businessman Mihai Mitrache and the local authorities. Mitrache owned a restaurant in Bucharest’s Tineretului Park. The District 4 City Hall, led by Social Democrat mayor Daniel Baluta, said the building was illegal and went to demolish it. That’s when Nicusor Dan called mayor Baluta’s advisor, former journalist Cristian Zarescu, and tried to get a meeting between the two sides.

The telephone conversations, which took place sometime in April, were recorded, probably by Zarescu, and leaked to the media less than two weeks ahead of the local elections. In these conversations, Nicusor Dan didn’t actually say anything that would legally compromise him. He only stated that he believed Mitrache had the legal advantage and that the City Hall’s decision to demolish his restaurant was illegal. Meanwhile, Zarescu pointed out that Mitrache was a shady character, that he probably ran illegal activities (he mentioned drug trafficking and prostitution), and that the only reason the authorities were still considering a settlement was that Nicusor Dan intervened in his favor. The whole conversation seems directed to trap Dan into saying something compromising.

Another fact is that Nicusor Dan’s Save Bucharest Association also joined Mitrache as a third party in the lawsuit he had with the District 4 City Hall. The Bucharest Court ruled in favor of the City Hall, but the Court of Appeal overturned the decision and ruled in Mitrache’s favor, according to G4Media.ro, which follows the legal case.

Why is this so important?

While the audio recordings released so far don’t suggest any illegal actions by Nicusor Dan, the fact that he defends a controversial businessman could damage his reputation. Dan and his Save Bucharest Association have built the fame of defending Bucharest’s historical heritage and green spaces and fighting against real estate sharks. He went to court against the authorities when they approved real estate projects that damaged green areas or historic buildings in Bucharest, and he won many of these cases. Meanwhile, Mitrache (“Dog”) owned a restaurant in a park, which was by no means a historic building.

In reaction to the scandal, Nicusor Dan explained that, as a deputy representing Bucharest, it was his duty to defend a citizen facing abuse from the local authorities. It remains to be seen if this explanation will be convincing enough for his voters.

Still, the fact that he decided to help such a controversial character after he entered the race for Bucharest mayor suggests at least poor political judgment from Nicusor Dan’s part. In a period when fake news and half-truth are part of the political game, he should have expected that his opponents would exploit the slightest slippage from him.

What about the “plane”?

The second big factor that could decide the winner of the race for Bucharest is former president Traian Basescu. When the Liberals and USR-PLUS decided to leave Basescu’s Popular Movement Party (PMP) out of the center-right coalition for Bucharest, they seem to have underestimated the full impact this would have on the election outcome.

While the former president (and former Bucharest mayor and former ship captain) is nearing the end of his career, he is still a formidable opponent, and he hasn’t lost any election so far. Despite PMP’s poor score in the polls – around 5% -, Basescu has about 10% of the vote intentions in Bucharest, according to a poll conducted by the Liberals. He feels very comfortable in any such campaign and, although he has slim chances to win the mayor seat, he will rather go down with a bang than pull out of the race.

When asked recently if he would pull out of the race for Bucharest to help the center-right candidate beat Gabriela Firea, Basescu was amused: “I don’t trade votes. I take as many votes as I can. I will never stop in the middle of an electoral race. It’s like telling a plane at 11,000 meters in the air: <<Stop a bit!>> I am that plane,” Basescu said, according to Agerpres.

On September 27, we will find out if the “dog” and the “plane” will decide the outcome of the local elections and seal Bucharest’s fate for the next four years.