30 years of democracy: Six movies to watch to better understand Romania’s communist past 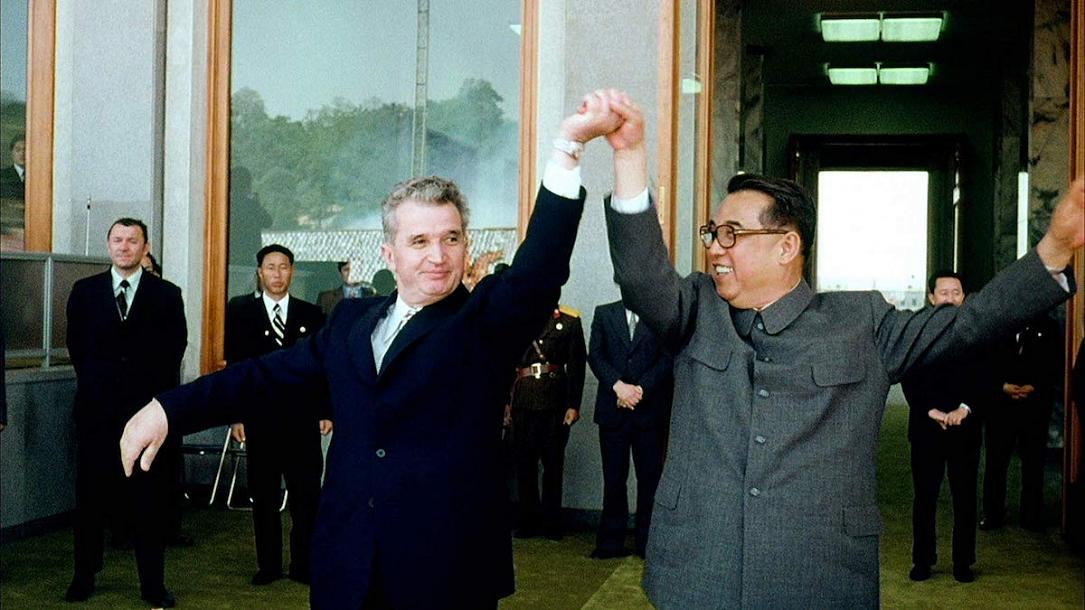 Romania made its first steps towards democracy 30 years ago, when the Revolution of 1989 put an end to the communist regime in the country. A troubled period in Romania’s history, the communist era has been a subject of interest for many local filmmakers, who have tried to explain in their movies how was it like to live in Romania when the communists were making the rules.

We’ve selected six movies to watch to better understand Romania’s communist past. Only one of them is a documentary (which is worth watching even for the single reason of seeing dictator Nicolae Ceausescu in rather funny situations) while the rest are feature films focused on sad, absurd or funny aspects of communist Romania.

This movie from 2007 is not only one of Romanian director Cristian Mungiu’s best feature films but also one of the Romanian productions highly appreciated by critics and the international movie scene and media. The film won the Palme d’Or in 2007, and it later received several awards as best film of the year from various international associations of film critics, and also won the European Film Academy awards for Best Film and Best Director.

The film takes viewers to the 1980s communist Romania, when abortion was illegal in the country. It tells the drama of a young girl seeking to have an abortion during those very complicated times, with the help of a friend. Both teenage girls go through horrific and uncomfortable moments as they turn to a dubious man for help.

This is another movie directed by Cristian Mungiu that focuses on the communist-era Romania but, unlike 4 Months, 3 Weeks and 2 Days, this one treats aspects of that regime with black humor. Other directors of the film are Ioana Uricaru, Hanno Hofer and Constantin Popescu.

The movie, which is split into two parts, is a collection of urban legends from the communist times in Romania that come to show some of the absurdities of the regime. As for the title, the phrase “Golden Age” was used by the communist propaganda to describe how good the Romanians’ life was under the rule of Nicolae Ceausescu.

Released in 2010, this is one of the best Romanian documentaries focusing on the rule of communist leader Nicolae Ceausescu. It covers almost 25 years in the life of Ceausescu, showing his rise to power, his increasing delusion of grandeur and his ultimate fall.

Romanian director Andrei Ujica used more than 1,000 hours of footage from the National Archives for this three-hour-long documentary. The scenes show Nicolae Ceausescu speaking publicly, on state visits, and on holidays with his family, as well as a participant in absurd scenes of public veneration. Some are serious scenes while others come to show a rather funny side of the communist dictator, especially when viewers get to see him spend time with his family.

The Way I Spent the End of the World, released in 2006, is the debut feature film of Romanian director Catalin Mitulescu. The story focuses on 17-year-old Eva and her little brother Lalalilu and their life during the final years of communism in Romania, as well as their desire to escape this regime. For example, expelled from school and transferred to another educational institution, Eva makes a plan to escape communist Romania and move to Italy.

For her role in this film, Dorotheea Petre, who plays Eva, got the Un Certain Regard Award for Best Actress at the 2006 Cannes Film Festival.

I Am an Old Communist Hag (Sunt o Baba Comunista)

Although it is set in post-communist Romania, this movie directed by Stere Gulea also takes a look at the communist times of the country, through the eyes of Emilia, a middle-aged woman who believes that life under communism was better.

The story takes place in 2010, when Emilia and her husband receive the visit of their daughter and her American boyfriend. The film details the chaos that ensues when an estranged family is reunited, a situation both complicated and sometimes funny. Nostalgic for the communist rule, mother Emilia tries to argue in favor of the old regime.

The film was released in local cinemas at the end of summer 2013.

Directed by well-known Romanian actor Horatiu Malaele, the Silent Wedding is a good example of a successful mix between drama and comedy, putting the spotlight on the absurd rules of the troubled year of 1953.

The film tells the story of a young Romanian couple from a remote village in Romania who wanted to get married that year. They were asked to cancel the big event following the death of Soviet leader Joseph Stalin but they decided to not follow the orders and go on with the event. They thus transformed the happy event into a “silent wedding” that, unfortunately, ends tragically.