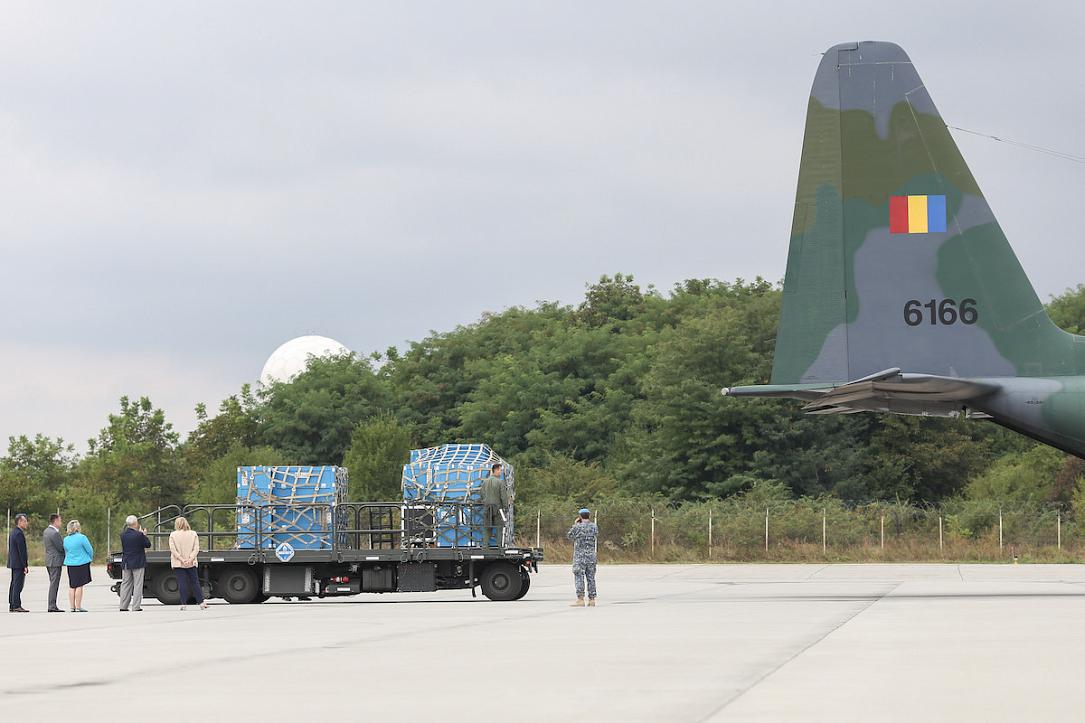 A Romanian Air Force aircraft transported hundreds of archaeological artifacts to Spain on Sunday, August 29, for a special exhibition that will be organized in Madrid. The 835 archaeological pieces coming from the collections of 39 museums in Romania will go on display at the National Archaeological Museum in the Spanish capital.

"It is the largest exhibition ever organized by the Romanian state outside the country's borders. The over 800 exhibits also make this a historic moment," Romania's culture minister Bogdan Gheorghiu said at the 90th Air Transport Base in Otopeni, local Agerpres reported. According to him, Dacian bracelets and the famous Geto-Dacian helmet from Coţofeneşti are among the stars of the exhibition.

The special exhibition, named "Archaeological treasures of Romania. Dacian and Roman roots," is coordinated by the National Museum of History of Romania. It will open to the public on October 1, according to the Romanian Embassy in Spain, which announced on Facebook that the 835 artifacts "had arrived safely in Madrid."

The event marks the 140th anniversary of diplomatic relations between Romania and Spain in 2021.