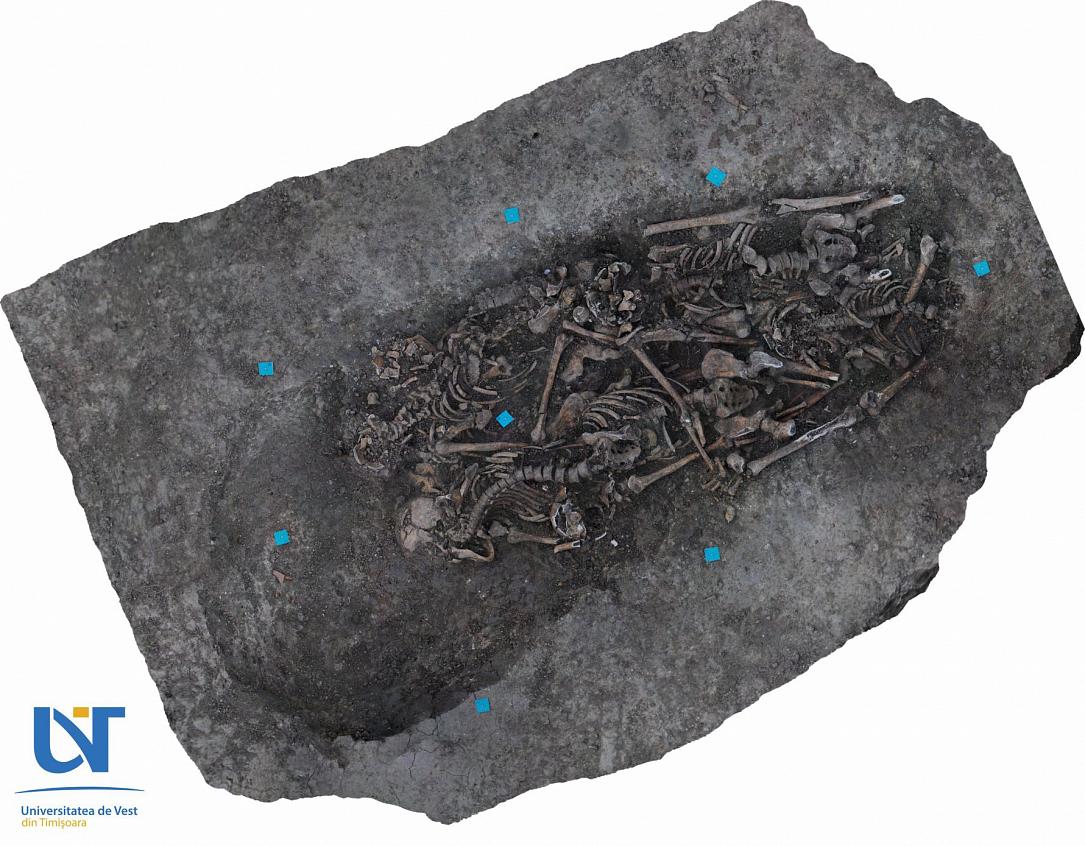 Archaeologists working with the West University of Timişoara (UVT) have discovered a collective grave estimated to date back to 1737-1740, the period of the plague outbreak in Timişoara, Agerpres reported.

It was discovered in the area of the city’s Oituz street, on a site open for the building of a school campus.

The archaeologists found inside the grave the remains of six adults and one child, who was carrying a cross similar to the Lorraine one and a pendant showing Blessed Delphina and Saint Elzear, saints of the Franciscan Order.

The remains could be of colonists who came from the region of Lorraine, the archaeologists believe, taking the clue from the cross and the pendant found. The high number of people interred in the grave points to the epidemic.

“We believe they died during the worst epidemic, which remained for a long while in the collective memory and forever in the written one, namely the plague that swept Timişoara between 1737 and 1740,” archaeologist Andrei Stavilă explained in a Facebook post.

The archaeologists also discovered flintlock bullets inside the grave, which could suggest they were shot “to bring an end to their suffering or for not following the rules the authorities introduced during the epidemic.”