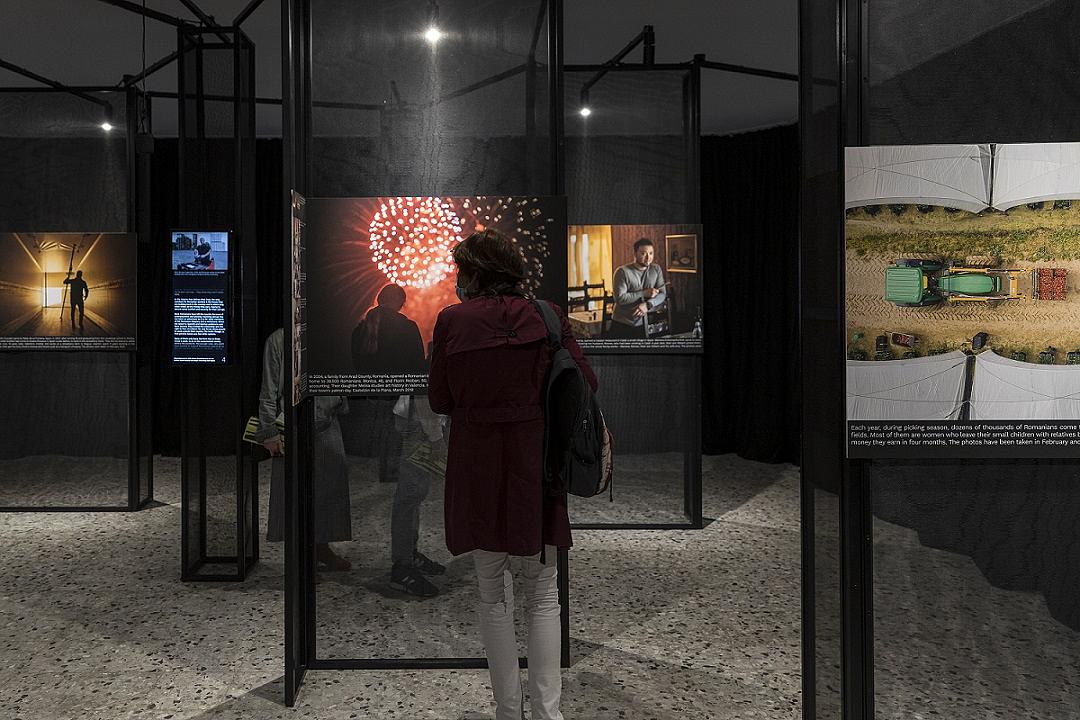 Fading Borders, the project Romania presented at the Venice Biennale, goes on display between December 10 and February 13 at the Tandem building in Bucharest.

The theme of the Biennale’s 16th edition was “How will we live together?” and Romania’s team decided to approach the relationship between the phenomenon of migration, architecture, and the city.

Starting from how migration impacts future forms of living, the team of architects from the architecture office Poster designed the curatorial project Fading Borders. This documents the reality of migration with the help of two research projects: Plecat (Away) and Shrinking Cities in Romania.

Plecat, the journalistic project of Teleleu (journalist Elena Stancu and photographer Cosmin Bumbuț), looks at Romanian emigrants and the way they live in various communities in Europe. The project documents their challenges but also the opportunities that open for them when leaving the country, as well as the new life and communities they build outside of the country.

Shrinking Cities in Romania is an ongoing project of the IdeilaGRAM team. It started from a 2009 research on the decline and contraction of Romanian cities, seen as a significant phenomenon and a driver of modernization and innovation.

“This year, the Venice Biennale had some 300,000 visitors, so we are delighted we had the opportunity to showcase the phenomenon of migration we are faced with globally but also the way it impacts our country. Fading Borders is a polyvalent project, showcasing complex phenomena such as migration, human relations and their economic impact, all through the lens of architecture. It is a multidisciplinary approach we are happy to showcase to the Romanian public,” architect Irina Meliță said.

The project Fading Borders can be seen on the ground floor of the Tandem building, on Fridays, Saturdays and Sundays.