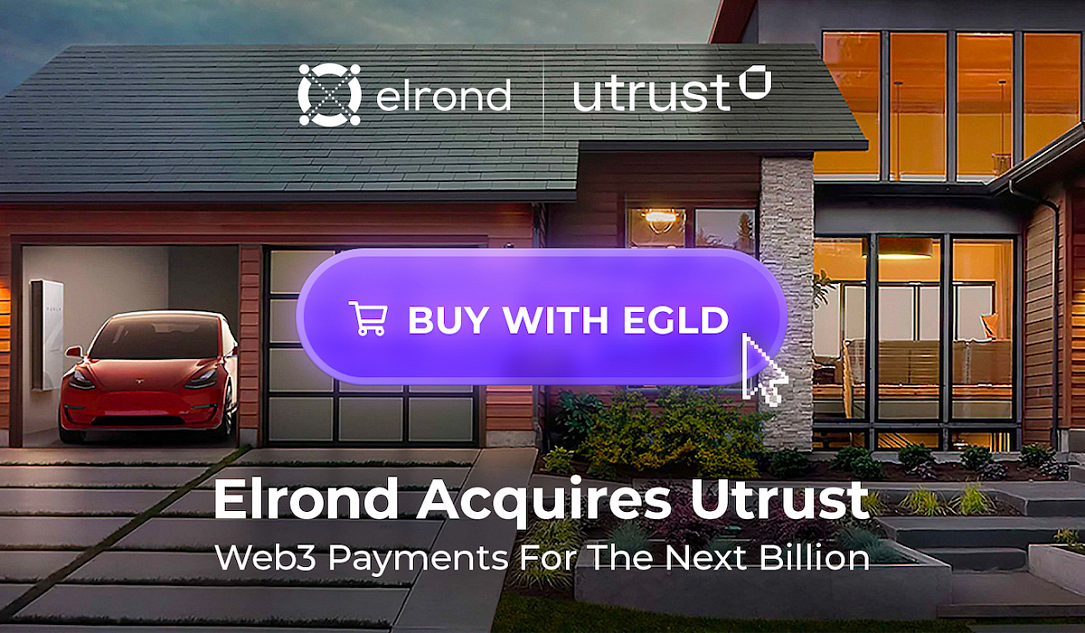 Elrond Network, the blockchain startup founded by Romanian entrepreneurs in Sibiu, announced that it took over the “leading” Portuguese crypto payment processor Utrust and initiated the “#web3payments revolution."

More than making payments instant and cheap (the goal of any respectable crypto startup), Elrond seeks “to create a paradigm shift” via Merchant Yield product - a Web3 payment processing solution that will provide yield for merchants, instead of requiring them to pay a percentage of the transacted value.

In Economics 101 terms, “by the use of state of the art blockchain technology,” there will be produced for the first time, such a thing as a free lunch. Or maybe the bill will be paid, as usual, by the buyers and late investors.

To achieve such a non-trivial goal, Elrond, by “using state of the art blockchain technology to make payments fully and natively digital […] will transform them [the payments] into a scalable revenue stream, enabling merchants anywhere to bring more of the multi-trillion dollar crypto market into their business and earn on every transaction they receive, instead of paying for it.” Initially sceptical, the experts of Utrust were convinced such a goal was achievable.

“The idea of payments turning from a cost into a revenue stream sounded as crazy to us as it does to anyone thinking about it for the first time. After exploring this together with Elrond, we not only realized that this is possible but also that it is the inevitable future of payments. So we decided to join forces and accelerate the implementation of DeFi payments,” said Sanja Kon, Utrust CEO.

Sibiu-based Elrond had developed a blockchain ecosystem, which it says is much faster than that used by bitcoin, issued a token of its own (EGLD) and recently convinced a car dealership in Cluj Napoca to accept EGLD as a means of payment. It also found investors to sell them EGLD 20 mln that are now traded at a price of over USD 200 - resulting in a market capitalization of over USD 4 bln.