Back home: Two Romanians left France to start a cider business in Transylvania 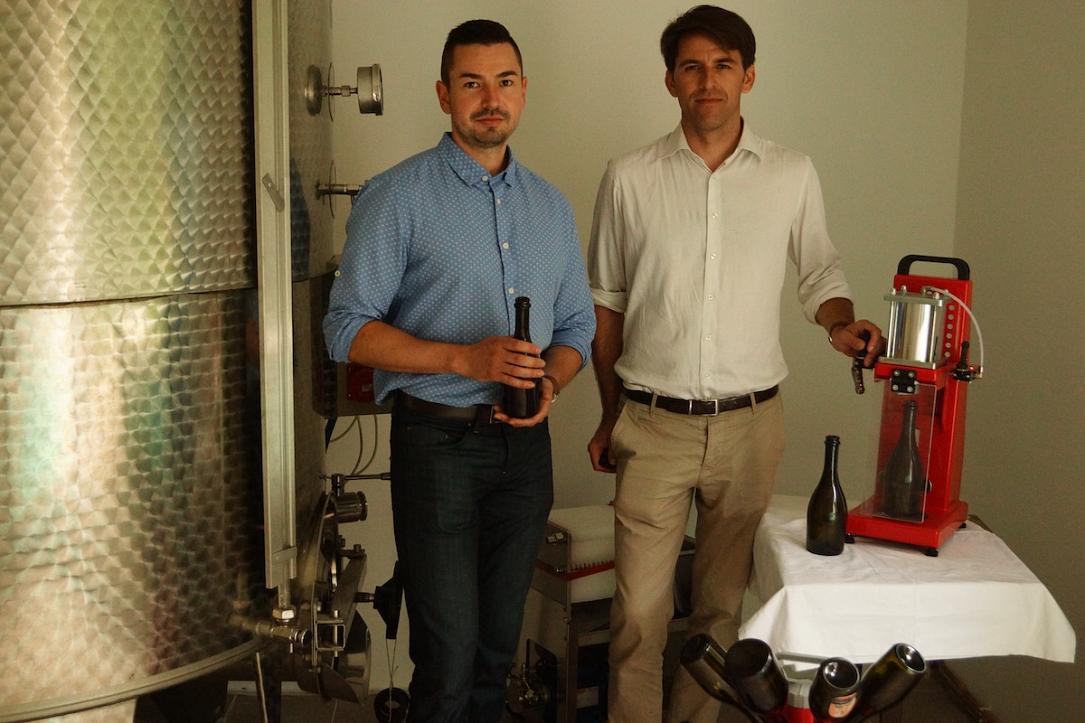 After years of working abroad, Daniel Crişan and Sergiu Mureşan decided one day to put their expat lives on pause and return home to start their own business. Fast forward to 2021, they’re successfully running a craft cider company in Transylvania, producing four varieties of cider.

Transylvania Brew. That’s the name of a small company producing craft cider under the Harvest brand in Romania’s famous region of Transylvania. But its story began in Paris about seven years ago, when co-founders Daniel Crişan and Sergiu Mureşan started to seriously think about brewing their own cider back home.

Both Daniel and Sergiu, now aged 41, lived and worked abroad for several years - Daniel for about 9 years in Scotland and France and Sergiu for around 14 years in France. Former colleagues at the Theological Seminary in Cluj, they’ve been friends for many years.

The idea of opening their own cidery in Romania was born in 2014 over a glass of cider in the French capital. Back then, this alcoholic beverage was a new concept on the Romanian market, so there was plenty of room for new players. In numbers, the cider market has seen the fastest evolution among alcoholic beverages, growing 40 times in just two years.

“At that time, cider was not produced in Romania, and it was quite difficult to find it in the store, so naturally, we wondered how come this drink that is so popular in France or Great Britain is completely missing from Romania, especially as there are also many orchards in our country. So we began to think that we could be the ones to start such an activity in Romania,” Daniel Crisan told Romania-insider.com. ___STEADY_PAYWALL___

They put their plan into action, and the Transylvania Brew company was born the following year. Then, after about eight months of waiting, they obtained the approval to start production. The first bottles of Harvest cider were made in a small cidery set up in a village house with an investment of EUR 40,000.

In the interview below, Daniel Crişan talks about Transylvania Brew’s story, plans and the local cider market.

This idea happened while you were enjoying a glass of cider in France. Why did you choose to bet on brewing your own cider, and why in Romania? What motivated you?

Indeed, the idea came to us over a glass of cider in 2014. At that time, both Sergiu (my former high school colleague) and I lived in Paris - I managed an elevator installation company, and Sergiu had an interior design company. We used to see each other almost every weekend and, as we are both fans of cider, we liked to taste different varieties of French cider. At that time, cider was not produced in Romania, and it was quite difficult to find it in the store, so naturally, we wondered how come this drink that is so popular in France or Great Britain is completely missing from Romania, especially as there are also many orchards in our country. So we began to think that we could be the ones to start such an activity in Romania, and we kicked off our research on equipment, space, raw materials, bottles, and so on to estimate the investment.

When was the Transylvania Brew business born? What happened after you decided to embark on this journey? How did you choose the suitable space, and when did you produce the first bottles of Harvester cider?

Once the decision was made, we started to organize: we opened the Transylvania Brew SRL company in 2015, and we started to buy the equipment: fermentation tanks, filters, the bottling and labelling machines, and so on. We were going to open our small cidery in a house in the village of Zimbor (Salaj) that Sergiu had for some time and that we were going to arrange for production.

In 2016, after almost eight months of waiting, we managed to obtain the approval to produce cider in Romania, and we launched the first Harvester cider bottles on the market.

What was the investment, and how did you cover the costs?

The initial investment was EUR 40,000, and we covered it from our savings, mine and Sergiu’s. Soon we received another EUR 40,000 from an investor, in exchange for part ownership in the company, money that helped us ensure stability in terms of cash flow, necessary raw materials, packaging, and so on, to focus on production and sale.

How did Transylvania Brew grow since its launch - in terms of production, sales, cider varieties?

At first, we were only producing apple cider, but along the way, we added other varieties so that now we have four types of cider (apple cider, perry, cider with ginger, and blackcurrant cider) and four types of natural sparkling juice (apples, pears, apple ginger, apple cherry).

In terms of turnover, we managed to grow until the pandemic hit in 2020, when, unfortunately, many sales channels were closed, and we ended the year with a loss. But we’re recovering this year, trying to surpass the pre-pandemic sales next year, in 2022.

Tell us about your plans for Transylvania Brew.

We have big plans: we are trying to come up with new products such as cider vinegar, cider gin or even our own hard seltzer version. We want to make the most of what apples have to offer, and we will always follow our motto to come up with a natural alternative to the artificial products on the market.

Would you please explain the production process? Do you use Romanian apples, do you find suitable varieties in Romania?

At Transylvania Brew, the production process starts with the fermentation of apple juice, which means that we buy ready-made juice directly from apple producers. Of course, it would be ideal to use at least partially apples specially grown for cider, but we don’t find such varieties in Romania, so we use the existing varieties in different combinations, and we believe that the result is excellent. For the next period, we intend to experiment with some cider variants from new apple combinations and to use yeasts for fermentation from local wine producers.

Where can we buy or try the Harvester cider?

Our cider can be found in the Cora network, in different bars or restaurants, and on our website Transylvaniabrew.com.

Romanians traditionally prefer beer or wine. Have you noticed any change in the behaviour of Romanians from this point of view? Is cider a more popular option?

Things have changed a lot since that moment in 2014 when Sergiu and I dreamed of one day seeing cider on the shelves in Romania, but they did not change because of us but because some big players in the beer industry also saw the gap in this market and hurried to fill it with a lot of industrial, lower quality cider. The cider market has grown a lot since then, and, in terms of volumes, it already rivals the wine market in Romania.

When it comes to the behaviour of Romanian consumers, we can say there’s been a trend, for some time, of opting for more natural, artisanal drinks - and we’re primarily referring to craft beer which has seen a significant increase in volume in recent years -, but we can say that this trend also helps us in the search for customers consuming natural products.