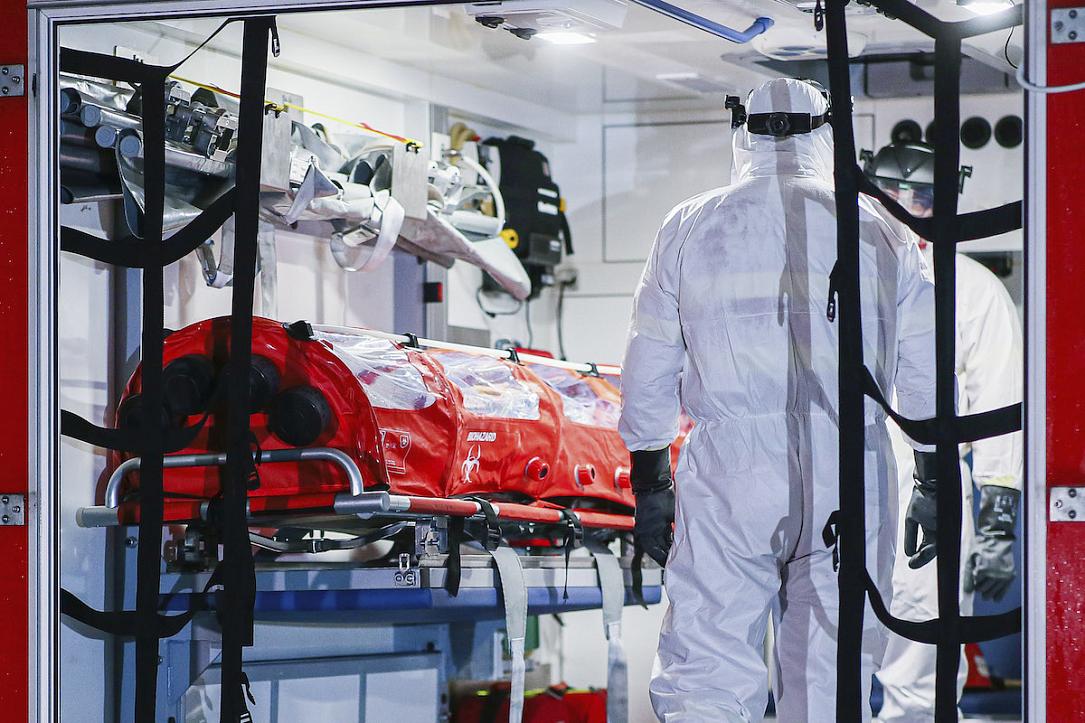 The total number of COVID-19 infection cases confirmed by tests has reached 1,952 in Romania, according to new official data released on Monday, March 30, at 13:00. This means that 192 new cases of coronavirus were confirmed in the country since the previous report of the Strategic Communication Group.

At the same time, the death toll from the new coronavirus has risen to 44 in Romania.

A total of 53 confirmed patients are currently admitted to intensive care units and 33 of them are in serious condition, the Strategic Communication Group also announced. The health of the other patients is good.

Meanwhile, the number of people placed under institutionalized quarantine also increased to 9,464. More than 124,200 are isolated at home under medical supervision.

To date, 23,103 tests were processed nationwide, of which over 1,500 in private medical units.

In the last 24 hours, the Police and the Gendarmerie applied 1,273 sanctions for non-compliance with the isolation/quarantine measures. Also, the Police found 10,092 persons who failed to respect the movement restrictions. In this case, the policemen applied total sanctions of over RON 16 million.

On March 29, the Romanian authorities have decided to increase the penalties for people who don’t respect the restrictions enforced to limit the spreading of the new coronavirus. For example, the persons under self-isolation who leave their homes without the authorities’ permission will be placed under quarantine in special quarantine centers and will have to cover the costs themselves. Similarly, those who leave the quarantine centers will be placed under quarantine for another 14 days and will have to pay for the costs.

So far, 86 Romanians tested positive for COVID-19 in other countries – 52 in Italy, 12 in France, 6 in Germany, 6 in Spain, 2 in Namibia, 2 in Indonesia, and one in Tunisia, Ireland, the United Kingdom, Luxembourg, Belgium and the US. Since the beginning of the COVID-19 epidemic, 16 Romanian citizens abroad (9 in Italy, 4 in France, one in Germany, one in Spain and one in the United Kingdom) have died.