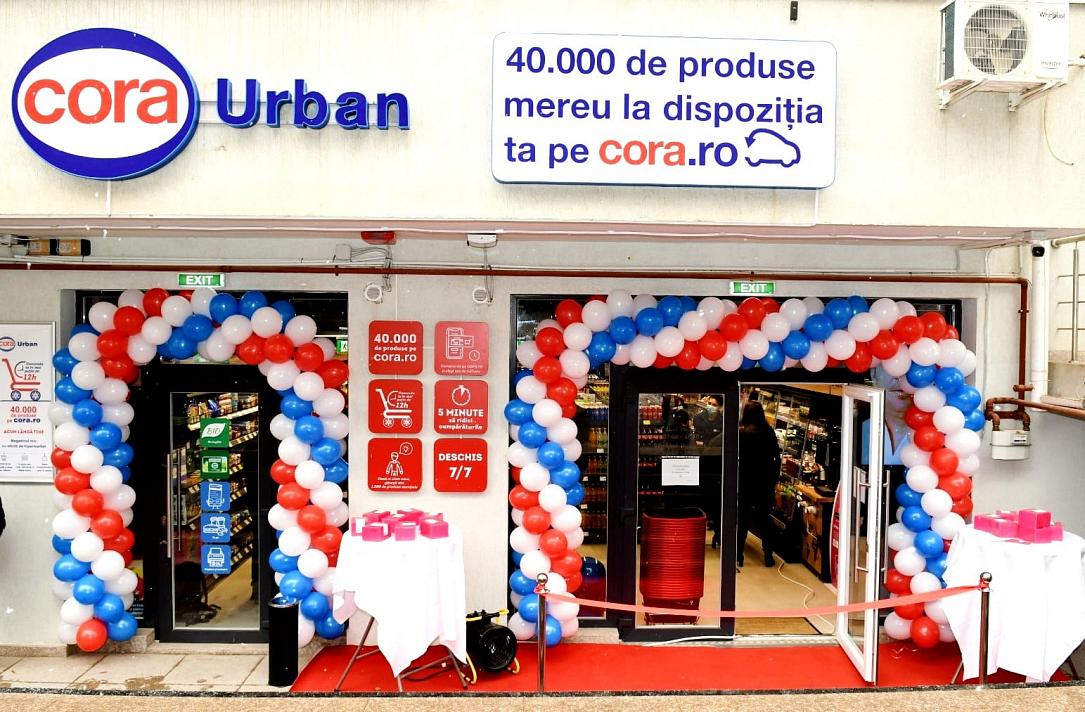 The new stores will also serve as pick-up points for online shopping.

It sells 40,000 products from cora.ro and over 1,000 products on the shelf for last-minute shopping on the way home.

The unit has only 100 sqm and is both a regular convenience store and a pick-up point for products ordered online, through the virtual store cora.ro.

"Cora Urban completes our multi-channel portfolio. The cora Drive service, launched by cora in 2013,  was an innovation in the Romanian market. In recent years, we invested in online, a growing segment driven by the pandemic. Under these conditions, the natural step last year was to partner with large players in the delivery area, such as FoodPanda and Glovo, to increase the area and delivery capacity of orders placed online. An important partner of cora Express [the home delivery service] is also Postis, with the help of which we streamline the delivery service," the company explained in a press release.