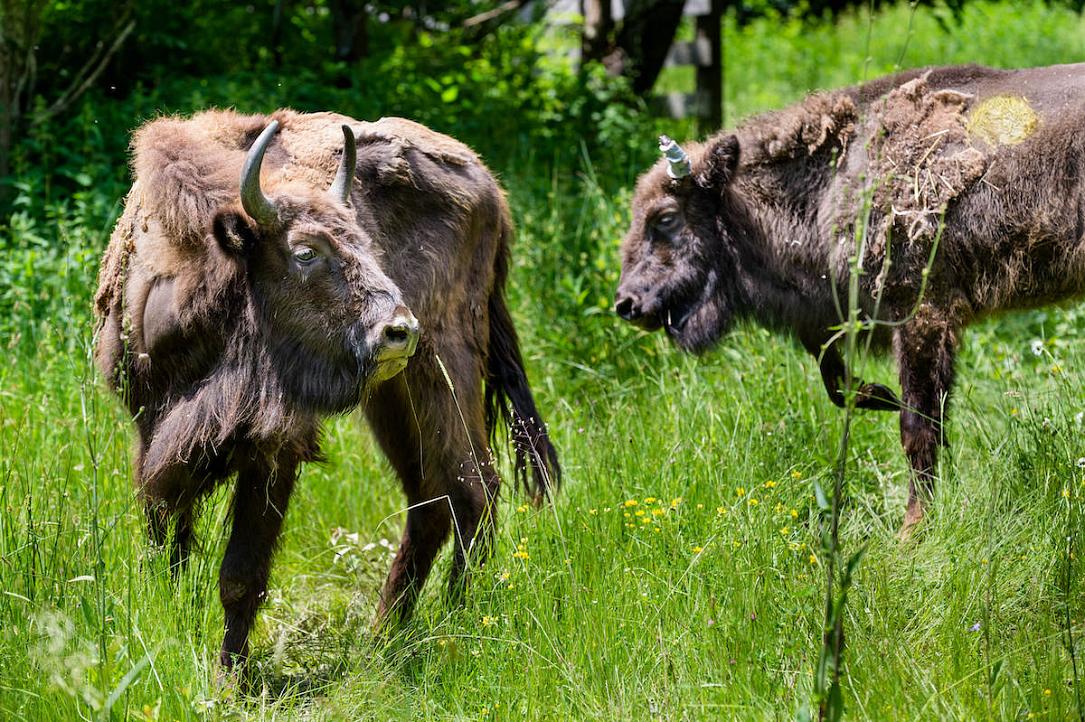 A new heard of bison arrived in the area of the Natura 2000 site, in Tarcu Mountains, on June 20, following an initiative of WWF Romania, Rewilding Europe and their local partners.

The newly arrived bison heard, which comprises five females (three from the Springe reserve and two from Edertal-Hemfurth) and two males from breeders in Neumünster and Cuxhaven, travelled around 1,500 km from the Wisentgehege bison reserve in the German town of Springe. The animals had spent six months together in the reserve before the translocation, which allowed them to form bonds that will help acclimatisation to their new home in Romania. Although the trip lasted 21 hours, all the bison were pronounced healthy on arrival, according to a press release.

The seven bison will spend 21 days in a relatively confined acclimatisation pen. Then, a veterinarian will check them once again before relocation to a 160-hectare fenced area. Here they will be able to adapt to the local environment and learn to survive without human assistance.

The new heard will finally be released in the Tarcu Mountains in the autumn, a wild Natura 2000 site extending across 59,000 hectares.

So far, a total of 73 European bison have been brought to the Southern Carpathians rewilding area from nine different reserves, breeding centres and zoos across Europe. Today about 50 animals roam freely in the two release sites in the Tarcu and Poiana Rusca Mountains.

Once widespread across Europe, wild European bison were driven to extinction in the early twentieth century by hunting and habitat loss.

The first two bison releases took place in 2014 and 2015 in the Tarcu Mountains, close to the small town of Armenis. Then, in June 2016, a third bison release took place here as part of the European Commission-funded LIFE Bison project, with annual releases now ongoing. In 2018 another 23 bison were released into the wild, including 14 animals at a second rewilding site in the Poiana Rusca Mountains.