Astaldi starts works at major bridge over Danube in Romania 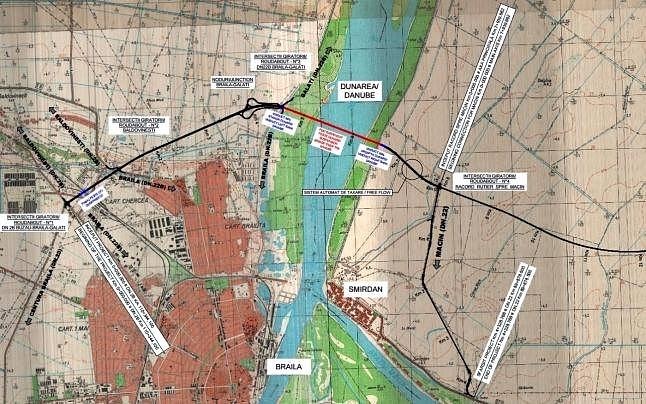 Italian company Astaldi has started the construction works on the suspended bridge over the Danube in the Romanian city of Braila, which is the most complex road infrastructure project in Romania since the fall of the communism in 1989.

The suspended bridge from Braila will be among the five longest bridges in Europe, with a central opening of 1.12 kilometers.

After the preliminary lands working, archaeological discharge and demining, Astaldi began the actual construction works of the future bridge in Braila, Economica.net reported.

With a value of RON 1.99 billion (EUR 425 million), plus VAT, the contract stretches over 12 months of design, 36 months of execution and a warranty period of 120 months. The order for the design phase of the Brăila Bridge was issued in the first quarter of 2018.

According to the contract, the design should take 12 months, after which the 36-month construction will begin. In addition to the suspended bridge, the contract includes building two viaducts of 110 m in length, a road with a length of 19,095 km, and a connecting road with DN22 (Smardan - Macin), with a length of 4,328 km.