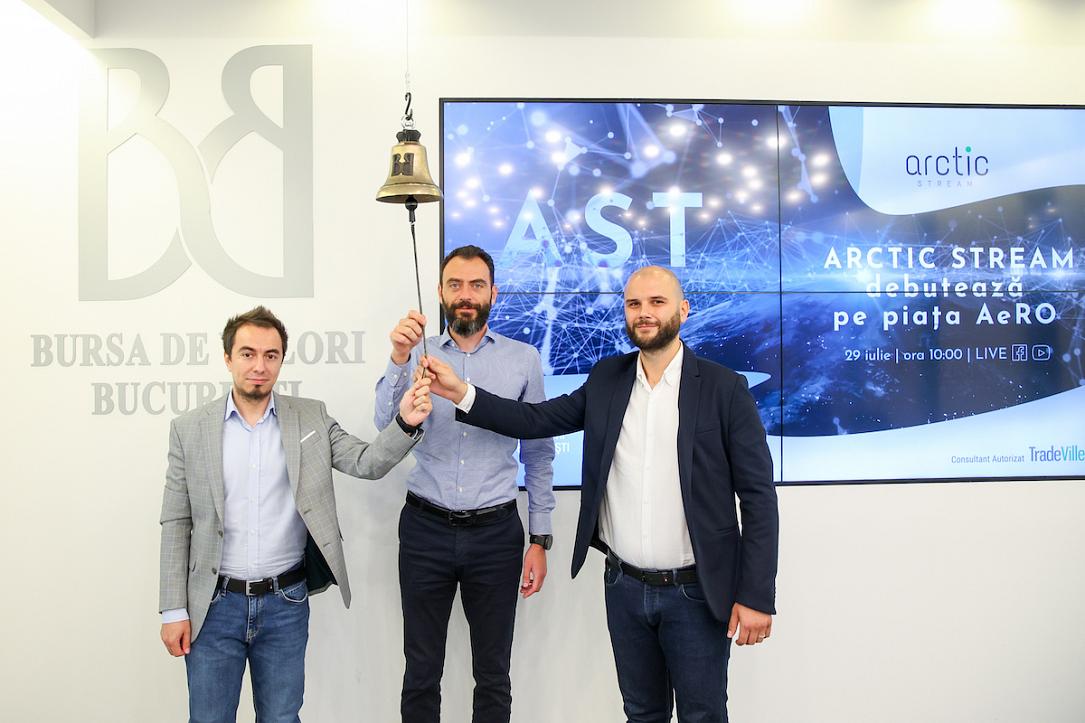 Arctic Stream (AST), a rapidly-growing Romanian IT integrator established in 2017, saw its shares surge by up to 50% on its Bucharest Stock Exchange debut.

On the first day, the company’s shares traded between a low of RON 32 and a high of RON 37.8, which translated into gains of between 28% and 51% for the investors who had bought shares in the private placement at RON 25 apiece.

Arctic Stream’s biggest shareholder is the company’s founder and CEO Dragos Octavian Diaconu, who owns 66.1% of its shares.