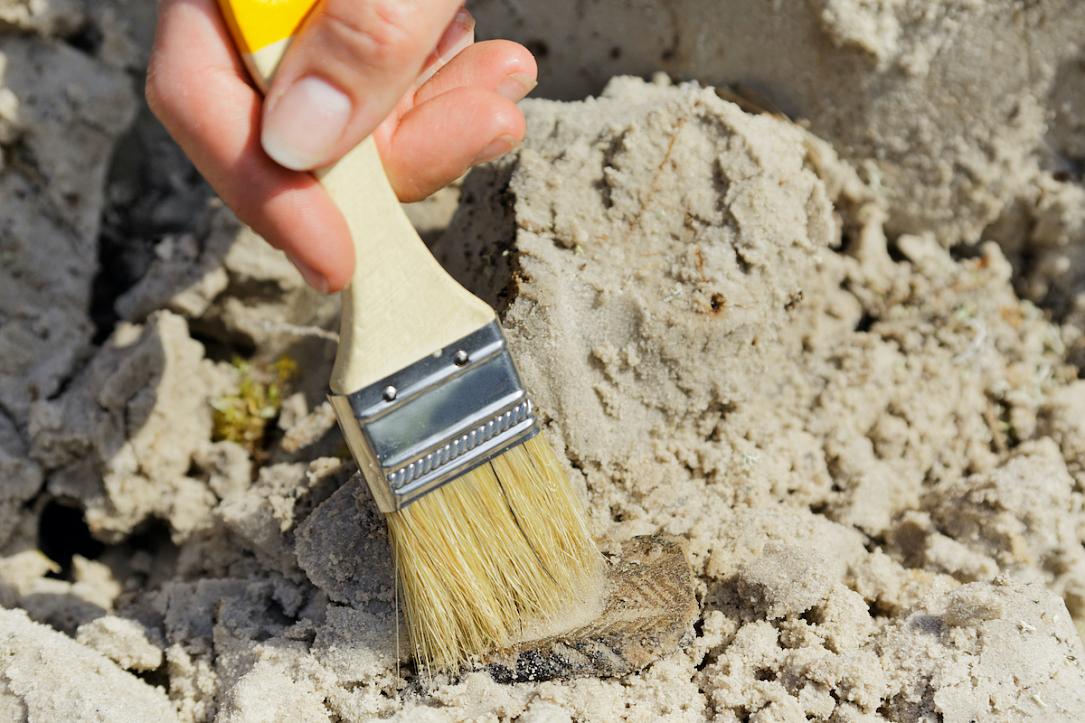 Many hidden treasures have been unearthed in Romania, revealing amazing secrets of the past or providing valuable information about the country's rich heritage. We've selected below five of Romania's most significant archaeological discoveries of all time.

Mainly known today for its vineyards, the small commune of Pietroasele, in Buzau county, became famous in 1837, when two locals made a fantastic archaeological discovery here.

The famous Treasure of Pietroasele, commonly known as the "Hen with Golden Chicks," was uncovered in March-April 1837 by two villagers cutting stones from the Istrita Hill. Its nickname comes from the bird-shaped items of the collection.

The treasure, most likely dated to the late fourth century, was originally composed of 22 objects of gold, being at that time the largest gold treasure in the world. However, the authorities recovered only 12 of the 22 objects, with a total weight of around 19 kg. Of these, five are made only of gold - a large tray, a wine jug (oenochoe), a patera with a small statuette in the center, an inscribed necklace and a simple necklace, while seven are also adorned with precious stones - a necklace, a large eagle-headed fibula and three smaller ones encrusted with semi-precious stones, and two polygonal cups.

Today's appearance of the treasure is the result of several destructions and restorations. After a long and tumultuous journey, the "Hen with Golden Chicks" has found a home at the National Museum of Romanian History (MNIR) in Bucharest.

Found in Sarmisegetuza Regia, the last capital of the Dacian kingdom before the Roman invasion, the Dacian Gold Bracelets are one of the most valuable ancient treasures discovered in Romania.

The gold multi-spiral bracelets were discovered by archaeological looting in several locations in Sarmisegetuza Regia in Romania's Orastie Mountains, in the "sacred area." They were found in pits containing gold bracelets and Roman, Greek, and Dacian gold and silver coins and silver jewels, as Ernest Oberländer-Târnoveanu, the general director of the National History Museum of Romania, explains here.

The bracelets were taken out of the country, and some of them were sold on the black market. Between 2007 and 2011, the Romanian authorities recovered 13 out of the 24 looted gold bracelets, after long and difficult investigations carried out in collaboration with foreign judicial authorities. The prosecutors said elements of the hoard had been recovered from American, German, and Swiss collectors who had bought them in good faith. The investigations that led to their finding became the subject of a documentary - The Hunt for Transylvanian Gold.

It is believed that the gold bracelets were symbols of power, most probably worn by high ranking Dacian officials during special ceremonies. They are housed at the National Museum of Romanian History (MNIR) in Bucharest.

Many medieval and ancient coins and jewelry have also been uncovered in several parts of Romania.

The Thinker and The Sitting Woman

The Thinker and The Sitting Woman, two statuettes made of burnt clay, represent one of the most extraordinary discoveries that quickly came to specialists' attention. They were unearthed in 1956 during research led by professor Dumitru Berciu in the Hamangia culture necropolis near the town of Cernavoda in Romania's Constanta county.

The Hamangia culture began around 5000 BC, when the first human communities settled in the western Black Sea (today the region of Dobrogea) after a long journey from Anatolia, as archaeologist Katia Moldoveanu explains here. This culture attracted the attention of many art historians because of its exceptional clay figures, such as The Thinker and The Sitting Woman.

The Thinker is sitting on a small chair in a position that mimics the gesture of thinking, of meditation, while his pair, The Sitting Woman, is sitting on the ground with both hands resting on the bent leg.

The Thinker and The Sitting Woman were part of the funerary inventory of a grave in the Hamangia culture necropolis near Cernavoda. Studied and analyzed for many years, the two quickly became a true symbol of the Hamangia prehistoric civilization. Over time, they have been presented to the public in Romania and many other countries such as Sweden, Germany, Switzerland, England, Greece, and the U.S.

The Thinker and The Sitting Woman are part of the National Museum of Romanian History's patrimony.

Visitors of the Grigore Antipa National Museum of Natural History have the chance to see a very rare exhibit: the giant Deinotherium gigantissimum skeleton discovered in 1890 on the current territory of Vaslui county, in Romania.

With a height of over four meters and almost equally long, the Deinotherium gigantissimum was one of the largest mammals that ever lived on Earth. Its name, which is composed of words of Greek origin, translates as the "frightening giant animal." It disappeared over 2 million years ago.

Paleontologist Gregoriu Stefanescu discovered the skeleton in 1890, and the discovery had an international echo as, at the time, this was the first, almost intact, Deinotherium skeleton. It took 15 years of excavation to unearth almost all the bones in the fossilized skeleton of the specimen. Belgian restorer Louis de Pauw came to Romania to work on its setting up on a metal frame.

The skeleton collapsed after the frightening earthquake of March 1977, and the museum's restorer at that time, Nicolae Puscasu, spent 34 weeks restoring it. To prevent similar situations, the Deinotherium gigantissimum skeleton was equipped last summer with seismic isolation technology.

The Old Citadel in Santana

The news broke out in the summer of 2018 that Romanian and German archaeologists discovered in the town of Santana, Arad county, a citadel that covers almost 90 hectares and is believed to be nearly 3,400 years old. The discoveries made the archaeologists believe that the "Old Citadel" (Cetatea Veche) in Romania is much bigger than the ancient city of Troy. But, unlike the Troy buildings, which were made of stone, these were made of clay and wood.

The first excavations were made at Santana in 2009, but the German and Romanian archaeologists' team intensified the research after 2016, revealing the huge discovery. The "Old Citadel" dates back to the Late Bronze Age.