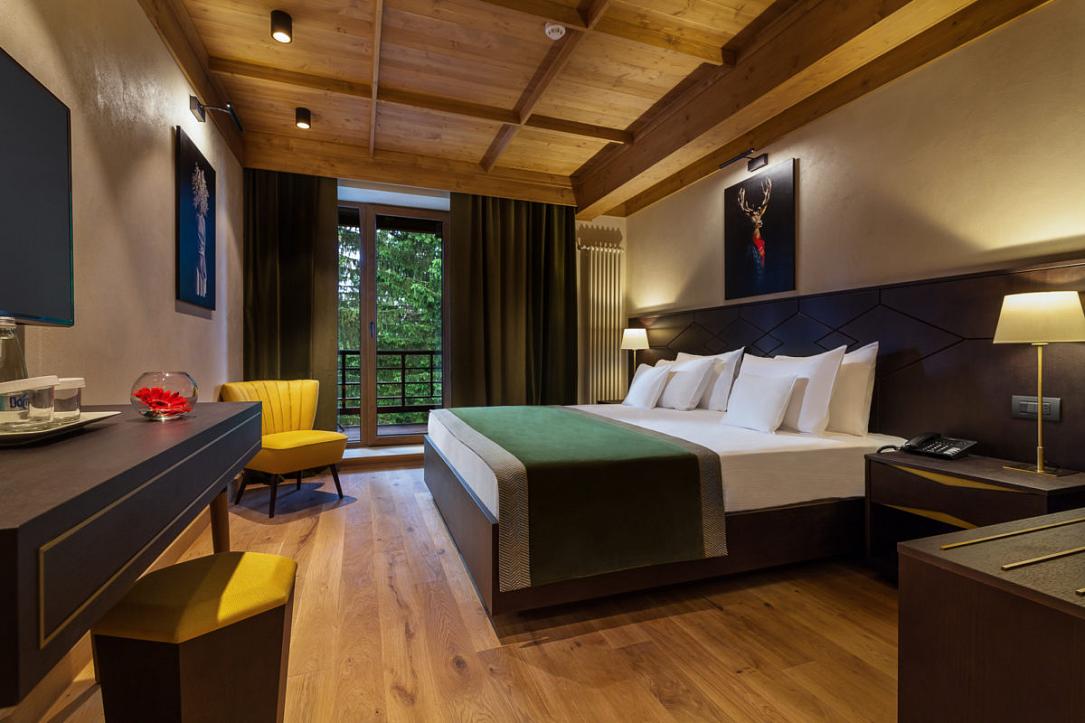 Ana Hotels, the biggest hotel company in Romania by turnover, reopened its Bradul hotel in Poiana Brasov mountain resort after a EUR 2 million refurbishing, which has been completed in just three and a half months.

The hotel, which was opened in the 1960s and entered the company’s portfolio in 1996, has 59 fully revamped guestrooms. Over 1,280 sqm of marble and 1,700 of golden oak wood were used in the revamping process.

The hotel’s restaurant, which has a panoramic view of the resort, was also revamped at the end of 2015.

Ana Hotels Bradul is located at the base of the Postavarul Massif, next to the Bradul ski slope and the Capra Neagra cable car, operated by affiliated company Ana Teleferic.

Ana Hotels owns the Sport and Bradul 4-star hotels and the Poiana 3-star hotel in Poiana Brasov, one of the main ski resorts in Romania. The company also owns the Athenee Palace Hilton and Crowne Plaza hotels in Bucharest, and the Europa hotel in Eforie Nord, on the Black Sea coast.

In 2016, Ana Hotels increased its turnover by 9.6% compared to the previous year, to EUR 31.5 million. The company is controlled by local investor George Copos.