A group of businesspeople in Romania set up an association that works to improve the local education system, with the plan to bring it among the top ten in Europe in the next 20 years. It emphasizes scalability and slowly changes the system, one school at a time, regardless of the changing Education Ministers in Romania.

The NGO Asociația pentru Valori în Educație went from its first tries within the higher education system to a start with corporate backing. From working independently to receiving knowledge from all over the world, including from Australia. And went from being a local endeavor to a partnership between NGOs and on its way to a potentially globally - inspiring education venture.

Romania Insider talked to George Leca, a founder of Asociatia Pentru Valori in Educație, who shared insights into education in Romania, the NGO's results, and plans for growth.

The Academy for Management and School Leadership is a year-long leadership program for school and kindergarten directors who want to improve the performance of the institutions they run. The project was born after several trials, all meant to change things for the better.

In 2019, the association started the second year of a program for school directors aimed at creating leaders ready to make a difference in the local education system. It has also partnered with several other NGOs to take the model further, into clusters of schools. 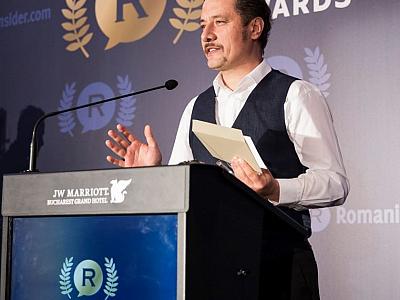 George Leca recalls a laid-back get-together with several friends and the shared concern regarding the preparation of recent graduates they needed to hire.

"Radu Manolescu [the founder of K.M. Trust & Partners] was there, Aurelian Sin and a few other friends, all with businesses in Romania. […] We were all from the business environment. None of us had parents who had worked as educators or children in school, but we were all confronted with the modest quality of the university graduates we needed to hire."

The idea of a project in education emerged. After a period of learning and gaining insights into the local education system and its performance, a first project to take shape was that of advisory boards at local universities.

"We started with private universities, it was hard to talk to public universities. After about a year, eight-nine months, we realized that the problem wasn't there. That we needed to start at an earlier stage. We realized that we need to intervene in primary education. This is where the values are set, the bases of literacy are set – numbers, reading, and writing," he explains.

Getting in touch with NGOs active in the area of education brought about another idea" that of a platform to gather and match the services of these organizations and those in need of them.

"In all this multitude of people with good intentions, some specializing in certain things, the bird's eye view was missing, someone to coordinate everyone."

With the project requiring full-time involvement, things changed significantly with the first financing. "We found someone who believed in the idea, who knew us personally, knew we did not have any other interests besides wanting to do something in education, who knew our drive, knew us from the business side, and gave us EUR 35,000 for the project."

That person was Dan Boiangiu, the CEO of Arval, part of BNP Paribas. "He is fundamental to me because he believed in an idea and was a 'first follower'. He is much more important than a leader because a first follower cannot take credit for the paternity of an idea, cannot take pride that it was his idea; they only support someone and their ideas merely because they agree with the values. It is very important. This allowed us to organize ourselves," says George Leca.

From the very beginning, the aim was to act "in an integrated, systemic and scalable manner." Working independently, without relying on local or EU authorities, was another wish, at least in the beginning.

Several institutes, universities, faculties, private institutions from around the world were invited to pitch their knowledge. Institutions from the United States, Singapore, South Korea, or England were among the participants, and a partner was found in Australia - Education Changemakers (EC), led by Dave Faulkner. Despite the geographical distance, he says that there was a trust that the Australian partners can understand and help with the situation of the local schools.

And so, the Academy was born: a program giving school directors access to international education experts, a dedicated training program, an individual coach from the business community, and to a variety of resources to help them change the schools they run and the results of the pupils. The attendees have a plan to transform their own school, and they receive support to draft their plans.

The program covers communities in more than 20 counties, from all the areas of Romania. The interest in the program was high from the very beginning, with more than 500 applications received for the 40 available places in the first year, and a similar situation in the second year.

Several recruitment firms in Romania have drafted a recruiting methodology for the Academy, so the participants undergo a rigorous selection process, where the potential they have to transform the schools is taken into account.

Indicators such as dropout, literacy, well-being are all measured and have seen significant leaps at the schools of the people taking part in the Academy. Still, sometimes the educators are faced with situations that prevent them from achieving zero dropout rates, for instance. "Upon graduating, one of the directors presented his indicators and explained why there are still children leaving school. In the eighth grade, two got married, and one had to attend to his own children," Leca explains.

Outside of measurements and plans, the project also brings about a change in mentalities, he says. "When the Academy started, the first thing the Australian trainers did was to gather from the participants 100 issues that they could not solve because of legislation and rules. From the 100 issues, 2 were not solvable. They needed someone from the outside to put things into perspective."

Meanwhile, the mayors in many rural communities have recognized the importance of having a good school, which factors in the parents' decision to stay or leave a village. "The mayors have understood that parents will no longer leave the village if there is a good school there. […] It is an advantage to have a good school in the village, where the child can learn, have good results, where they go to happily."

The desire to further expand the impact on the local education system led to the creation of Edu Networks, a project where schools are grouped in clusters to collaborate, share knowledge, find solutions to their problems, and more. Asociatia Pentru Valori in Educație partnered with several other NGOs to carry further the know-how from the Academy.

In the program, education and business partners support teachers, school directors, and parents to transform the schools in their communities. Their aims include sustainable development and innovation, reducing school abandonment, increasing graduation rates, decreasing illiteracy, or increasing the teachers' motivation, among others.

Schools are grouped in clusters - 114 schools, with over 64,000 students taking part in the first year of the program. Groups of some 10 schools that are close geographically can form a cluster, and 9 such clusters have been created this year – a list of them is available here.

Every participant school sets its objectives and priorities, and a dedicated action plan is set according to the needs and context of every school. The schools receive access to resources, training, consultancy, and various work instruments, and working sessions with the local community are also organized.

"We looked at the issue from a business perspective again. We said, how many schools are there in Romania? Around 6,000. For any system to change, it needs to reach a tipping point, a critical mass of parts of the system that are already transformed, that generates momentum and transforms the entire system. The tipping point is in general 10 – 13 – 15% of the total. And we took 13% of these 6,000 schools and asked in how many years can we cover them and how," Leca explains.

A first pilot cluster was established in Brad, with support from Bitdefender, and financing from Lidl covered the participation in the program of the other groups.

"What is very important is that we are doing something scalable and we are changing the system, regardless of who is an education minister. The peer pressure is so big that we see it and feel it in the fact that 700 schools applied for the available spots," Leca says.

He is personally convinced that reform happens when everyone does their share, from the inside, bottom-up.

"The civil society should stop getting their hopes up on a politician reforming the system top-down. No, we need to start working and change the system from the bottom up, from the inside, because the reform will belong to the people. This works for any action plan, any plan that belongs to a person," he concludes.

Asociatia pentru Valori in Educatie won the Most Scalable Social Responsibility Project Award powered by UiPath at the Romania Insider Awards in 2019.