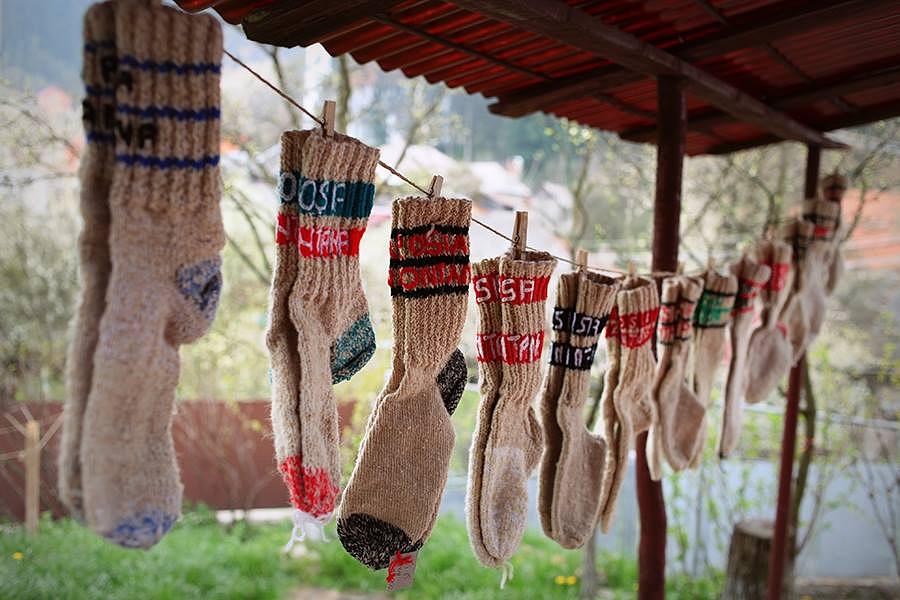 Thousands of people accessed the Made in Rosia Montana online shop on Tuesday, December 12, after a Facebook post of former Romanian prime minister Dacian Ciolos, who recommended the hand knit wool socks made by artisans in Rosia Montana for the cold evening protests in Bucharest.

Ciolos reacted after the Swedish Embassy in Bucharest wrote on Monday that during the protests in Bucharest on Sunday evening, the former Romanian PM wore a hat by a famous Swedish brand. Dacian Ciolos, who recently announced that his Romania 100 movement will also launch a political party to run in the next elections, has participated in the recent protests against the ruling coalition initiative to change the justice laws in Romania.

“Impressed by former PM Dacian Ciolos hat from yesterday’s TV images? It’s a Swedish Fjällräven hat! Since 1964 Fjällräven has provided Sweden with reliable and fashionable outdoor gear. Nowadays, you can spot Fjällräven products all over the world,” reads the post on the Swedish Embassy’s Facebook page.

“I thank the Swedish embassy for the attention paid to the hat I wore at the Sunday protests. For evening winter walks, in Constitutiei Square or Victoriei Square, hand knit wool socks such as those made by women in Rosia Montana are also good. You can test them. I’ve just sent madam ambassador a pair, because they are also good in Sweden. A hard winter seems to be coming,” Dacian Ciolos wrote in reply.

His post gathered over 25,000 likes and 2,000 shares. Thousands went to the Made in Rosia Montana website to check up the socks. Due to the high traffic, the website crashed a few times over the day.

“Many thanks for the testimonial, Dacian Ciolos! We hope you have another pair of wool socks besides the one sent to the Swedish Embassy, because we are already sold out for this year,” the store’s managers wrote on Facebook.

The people who still want to buy the socks made in Rosia Montana can still pre-order them for January 2018 delivery. A pair of such socks costs RON 75 (EUR 16).

Update: "Indeed, thousands of people have accessed our website, but we haven't received thousands of orders or thousands of socks pre-ordered," reads a post on the Made in Rosia Montana Facebook page.

Made in Rosia Montana is a social project aimed at helping locals from the village of Rosia Montana, famous for hosting Romania’s oldest and biggest gold mines. The project was launched in 2014 by a young Romanian designer Tica Darie, who moved to Rosia Montana after campaigning for the Save Rosia Montana movement, aimed at blocking a large gold mining project near the village. He created an online store and started selling hand knit wool socks made by Rosia Montana villagers. Some 30 women currently work for this social enterprise.

One of the last decisions of the government led by Dacian Ciolos was to block the Rosia Montana gold mining project by submitting the file to include the ancient gold mines in Rosia Montana into the UNESCO World Heritage Sites list.