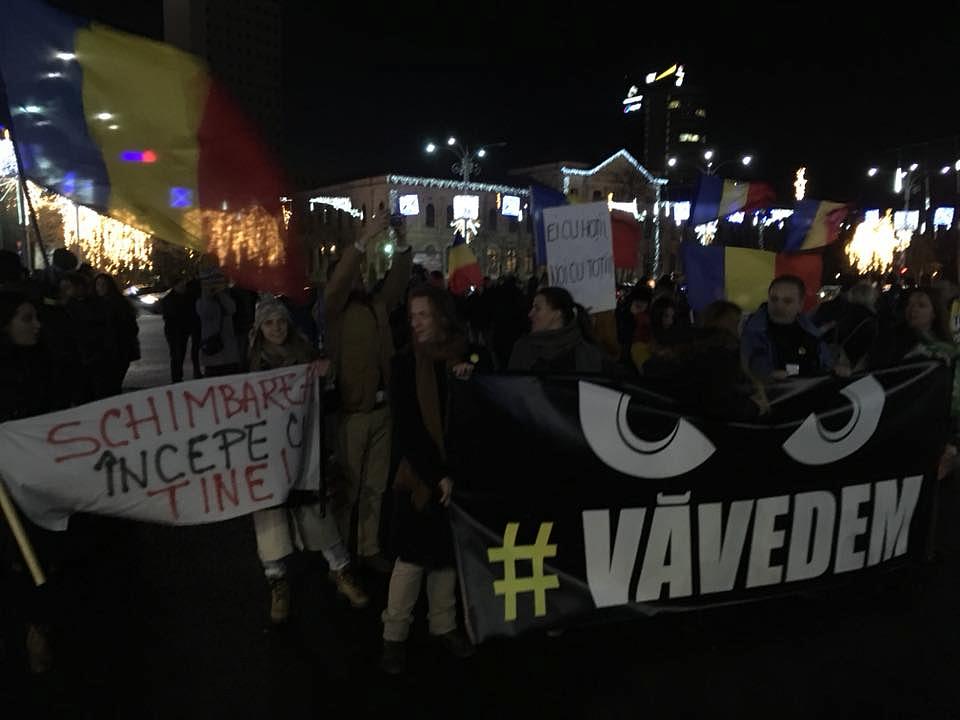 The leaders of the two main opposition parties in Romania’s Parliament, the National Liberal Party (PNL) and the Save Romania Union (USR), decided on Sunday to join the peaceful protests organized by civic organizations against the changes to the justice laws proposed by the governing coalition.

PNL president Ludovic Orban and USR leader Dan Barna, together with former prime minister Dacian Ciolos, the leader of the Romania 100 platform, held a press conference on Sunday together with the representatives of several local NGOs that have been organizing protests against the governing coalition this year. They urged Romanians to join the protests against the ruling coalition’s initiative to pass a series of changes to the justice laws that may affect the magistrates’ independence and the fight against corruption.

“We ask for the bulk rejection of the justice laws, the rejection of the draft bill to change the ANI law (the law concerning the National Integrity Agency – e.n.), and the immediate resignation of the presidents of the Parliament’s two chambers, Liviu Dragnea and Calin Popescu-Tariceanu. We urge Romanians to go to the streets and protests peacefully for a democratic future,” said Mihai Poliţeanu, founder of the Initiative Romania civic organization, after the meeting with the opposition leaders, according to local Mediafax.

The coalition made of the Social Democratic Party (PSD) and the Alliance of Liberals and Democrats for Europe (ALDE) with the support of the Democrat Magyar Union in Romania (UDMR) voted last week a series of amendments to the justice laws aimed at changing the magistrates’ status and setting up new institutions to investigate magistrate misconduct. The opposition and important figures from the justice system, including Romania’s General Prosecutor Augustin Lazar, reacted to the proposed changes saying that these will result in placing the prosecutors under political control.

“These are dramatic times for the future of this nation, and this press conference is our unitary answer to the total assault of the PSD-ALDE coalition against the independent institutions and the rule of law. Romania has been held hostage by a political power that is profoundly corrupt, abusive, authoritarian, and determined to break any democratic rule to take over the state powers,” said Mihai Poliţeanu.

PNL president Ludovic Orban said he joined this initiative to show his appreciation for all civic organizations and Romanian citizens who go to the streets to protests for principles and for defending democracy in Romania.

“Romania is in a critical point. We are at the eleventh hour. The Parliament is not debating simple changes to the justice laws. It’s a systematic attack against Romanians’ rights and freedoms, against the justice independence in Romania. PSD is capturing the Romanian state institution by institution. We will take on all legal and constitutional protests forms to prevent any blow to justice independence,” Orban said.

“How can we thrive in a corrupt stat, in a state where those in power use this power abusively, in their own interest? How can we thrive when not only justice is not allowed to function independently, but they also create economic instability? I think we have enough of a cocktail to blow up Romania,” said former PM Dacian Ciolos, the founder of the Romania 100 platform. He announced earlier on Sunday that he will launch a new political party.

USR leader Dan Barna said that the current parliamentary majority has been acting as a law firm for PSD leader Liviu Dragnea, trying to change laws so that he would benefit.

“Society has a duty to react to this. Democracy is more than the majority, is about respecting rule of law. Eliminating the possibility to debate amendments in the Parliament shows that we are heading to dictatorship. The most consistent message we should pass these days is opposition unity. We are talking about the future of our children, who should not have to leave from a country led by criminals,” Barna said.

After the press conference, the participants went to the protests in Victoriei Square. A few thousand people had gathered in the square in front of the Government by 19:00, blocking the traffic. Hundreds of people also went pout to protest in Cluj-Napoca, Iasi, and other big cities. The new protest hashtag is #VaVedem (We See You).

Romanian magistrates could be investigated by special institution