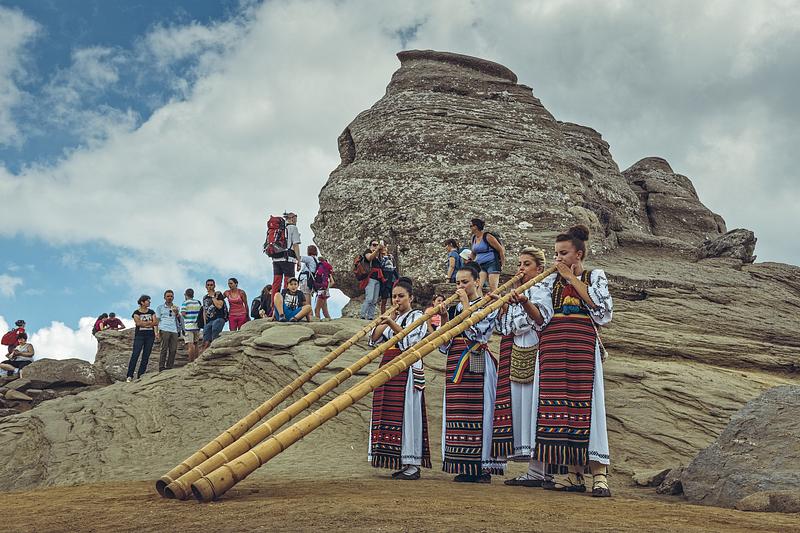 Belgian composer Milan Warmoeskerken will present the first electroacoustic composition for tulnic, a traditional Romanian instrument similar to the alphorn, at the Europalia international arts festival, which takes place in Belgium. Romania is a guest country at the event.

The project, titled "Milan W. & The Tulnic Ensemble of Avram Iancu", is curated by Dragoş Rusu.

The Belgian composer participated in a ten-day artistic residence in the commune of Avram Iancu, in Alba county. There, he researched, recorded and composed music for the tulnic. He also interacted with local tulnic players in the commune and the surrounding villages.

The tulnic is a wind instrument, 2.5 meters long, which was frequently used for communication between villages. It was used to alert on various dangers or to gather sheep in the mountains. It is one of the few instruments for which musical compositions were never written.

“This unique project can be a best-practices example on how the traditional and the contemporary can converge and can contribute to the young generations’ assimilation of Romanian values and traditions, and their adaptation to today’s cultural and artistic climate,” Dragoş Rusu explained.

Belgian Milan Warmoeskerken studied guitar jazz since childhood. Over the past few years, he launched several electronic music albums, among which "Jj funhouse", "Bakk” and "Ekster".