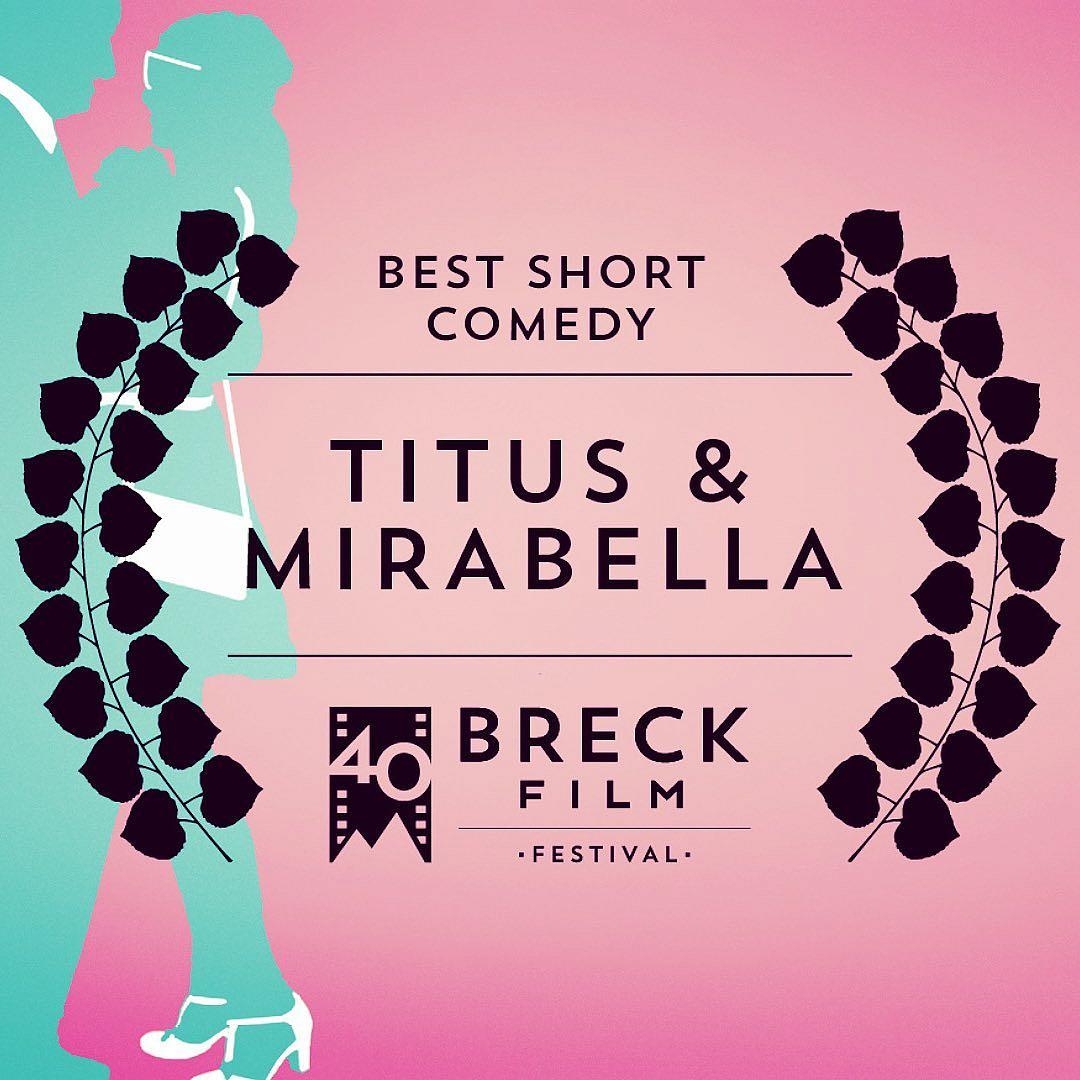 Titus & Mirabella, a romantic comedy directed by Melania Crisan, won the Best Short Comedy award at the 40th edition of the Breckenridge Film Festival in Colorado, the US. The event took place between September 16 and September 19.

Started in 1981, the Breck Film Festival is one of the oldest festivals in the United States. It was ranked as a Top 20 Film Festival by USA Today.

Titus & Mirabella is a romantic comedy about the first date between two strange people who have never had a relationship before but who desperately want one. The cast includes actors Axel Mustache, Melania Crisan and Nicolas Bach.

The film had its premiere in 2020 and has since gathered several major awards at international film festivals. It was filmed in 2016 in the city of Passau in Germany and benefited from sponsorships from various companies in the city and the University of Passau. Due to lack of funds, post-production was suspended for two years to be resumed in 2019 and completed in 2020.

Melania Crisan is a Romanian actress, writer and director born in Reghin, Mures county, and Titus & Mirabella is the first film she signs as a writer, director and producer. In 2013, she got her degree in acting from the Babes-Bolyai University in Cluj and then continued her studies for two years at the Athanor Academy in Germany. While still studying in Germany, she landed her first lead role in a German independent film.

After graduation, Melania continued to work as an actress in various TV productions in Germany and Romania, as well as in film projects in the UK.