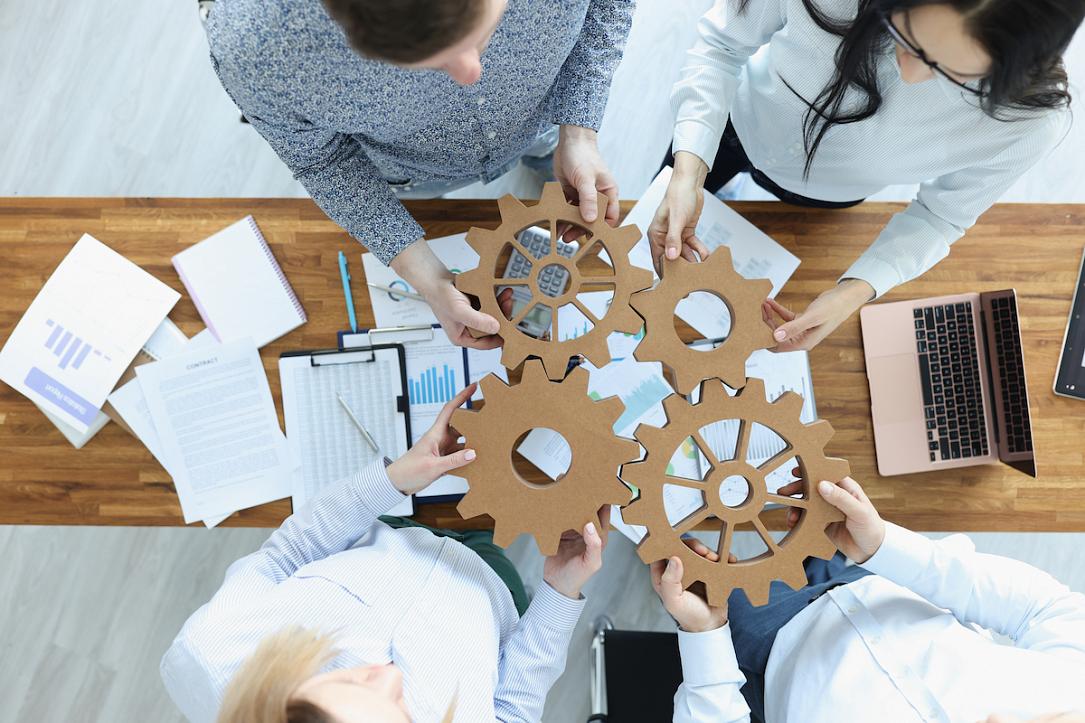 Romanians working abroad are younger than the average, more likely to be female, and work in IT. Most move abroad for work-related reasons but, on the other hand, they are not so happy with their working life. That's what the Future of Working Abroad report revealed, in addition to other interesting findings such as the most common destinations for Romanian expats, gross yearly income, or how they envision their future working life.

The Future of Working Abroad report is based on data from the Expat Insider 2021 survey by InterNations, the world's largest expat community with over 4 million members in 420 cities. In this new report, working expats share what it's like to work abroad and how they picture their future working life.

So why do Romanians move abroad? According to the Expat Insider survey, career was the most important reason for relocating to another country - 43% of Romanians working abroad moved for this reason. By comparison, the global average is 47%. So there's not a significant difference. ___STEADY_PAYWALL___

Most Romanians working abroad were recruited internationally (20%), 16% found a job on their own, and 8% were sent abroad by their employer. However, according to InterNations, not a single survey respondent from Romania moved abroad to start their own business. But the global average is also pretty low - only 2%.

Besides job-related reasons, Romanian expats working abroad moved to another country because they wanted to live in their partner's home country/for love (12% vs. 10% globally) or because they were looking for a better quality of life (10% vs. 6% globally).

Meet the typical Romanian expat: younger than the average, female, and most likely in a relationship.

The typical Romanian expat working abroad, as revealed by the InterNations report, is quite different from the average working expat. First, the average age of Romanian expats is 38.8 years old, which makes them much younger than the average expat (43.1 years). Then, three out of five Romanian expats working abroad (60%) are female, compared to just 46% globally. Close to two in five (39%) are male (vs. 53% globally), while up to 1% prefer to self-describe their gender identity. When it comes to their relationship status, most (62%) are in a relationship (similar to the global average of 61%), and 38% are single.

Almost all Romanian expats (92%) work full time, ten percentage points more than the global average (82%). The most common field that Romanian expats work in is IT (19% vs. 11% globally), but they also work in finance (9%) and transportation & logistics (8%), as well as healthcare, manufacturing & engineering, and education (7% each).

But what about education? Well, in this case, things don't differ so much anymore, as the level of education among Romanians working abroad is similar to the global average. In fact, the share of Romanians holding a postgraduate degree/master's degree (or similar) is the same as the global average (47%). The shares are also similar for those who cite a bachelor's as their highest academic degree (34% vs. 33% globally) and those with a PhD (9% vs. 8% globally). A share of 8% only graduated high school, compared to 5% globally.

However, the same InterNations report revealed that, although education levels are similar to the global average, Romanian expats excel in senior positions. 44% work in a senior or specialist role, which is 14 percentage points above the global average of 30%. However, only 8% are top managers/executives (vs. 13% globally), and another 20% work in lower or middle management (vs. 17% globally). Also, entrepreneurship doesn't seem to be a familiar concept among Romanian expats, as only 2% have their own business (vs. 7% globally), while 8% are self-employed/freelancers (vs. 11% globally).

Are the Romanian expats happy with their working life?

But what makes them unhappy? The main reason seems to be the work-life balance: only 62% are happy with this factor (vs. 68% globally), while 20% are unhappy (vs. 16% globally). Plus, they only report average or slightly higher-than-average satisfaction with their career opportunities (50% vs. 49% globally), their working hours (71% vs. 70% globally), and their job security (70% vs. 67% globally). But, as it looks like, most working expats, regardless of nationality, feel the same.

On the other hand, close to three-quarters (74%) rate the state of the local economy in their host country positively (compared to a global average of 65%). But, as InterNations says, this is not really a surprise, as the two most common destinations Romanian expats work in are Germany and the Netherlands. Both countries are voted among the top 10 worldwide for the state of their local economy in the Working Abroad Index of the Expat Insider 2021 survey. The third most common destination is the UK.

Romanian expats are also quite happy with the opportunity to work remotely/from home: 35.2% name this aspect when describing what they like best about their current jobs, close to the global average of 32%. Most of them (75%) are currently able to work from home, and 68% report that they enjoy it. On the other hand, only 11% say that they can work remotely but usually prefer not to, compared to 16% globally.

However, the opportunity to work remotely is not at the top of the list when it comes to the Romanians' dream job: just 18% cite it among the most relevant factors for an ideal work environment (vs. 22% globally).

Also on a positive note, the InterNations report says that the Romanian expats are also enjoying good salaries. Almost 35% of Romanian respondents name good compensation and/or good benefits as a highlight of their current job. Most (71%) have a gross yearly income of up to USD 75,000 (vs. 62% globally), and 16% make more than USD 100,000 per year (vs. 23% globally).

What would the Romanian expats like to get from their dream job?

The top three spots on the list are taken by good compensation and/or benefits (55%), a good work-life balance (50%), flexible working hours and general career development (30% each), as well as room for personal development/growth (28%) and creative/interesting tasks (25%).

Commenting on these results, InterNations Founder and Co-CEO Malte Zeeck said: "Currently, Romanian expats might not be able to find these kinds of jobs in their most common destinations." "However, they are currently also unlikely to find them back home."

In fact, according to InterNations, only 56% of Romanians working abroad say that factors like autonomy, freedom, creativity, personal development, and self-fulfilment are essential in the business culture of their current country of residence. These values are closely related to the concept of New Work, which describes the new way of working in the global and digital age. Globally, 58% say that this concept and associated values play an important role in their host country.

The top 10 countries where expats rate the importance of New Work in the local business culture the highest are the USA, the UAE, Finland, Estonia, the Netherlands, Bahrain, Australia, Canada, New Zealand, and Sweden.

Romania is at number 43 in this ranking. In fact, 53% of Romanian expats say that these New Work aspects are more important in their current country of residence than in Romania. And the report comes to confirm that, as the three most common destinations where Romanian expats work do rank ahead of Romania when it comes to expats comparing the importance of New Work in the local business culture. The Netherlands ranks best (5th out of 55 countries), followed by the UK (15th) and Germany (35th).