Romanian film review – More Films to Watch from Your Sofa 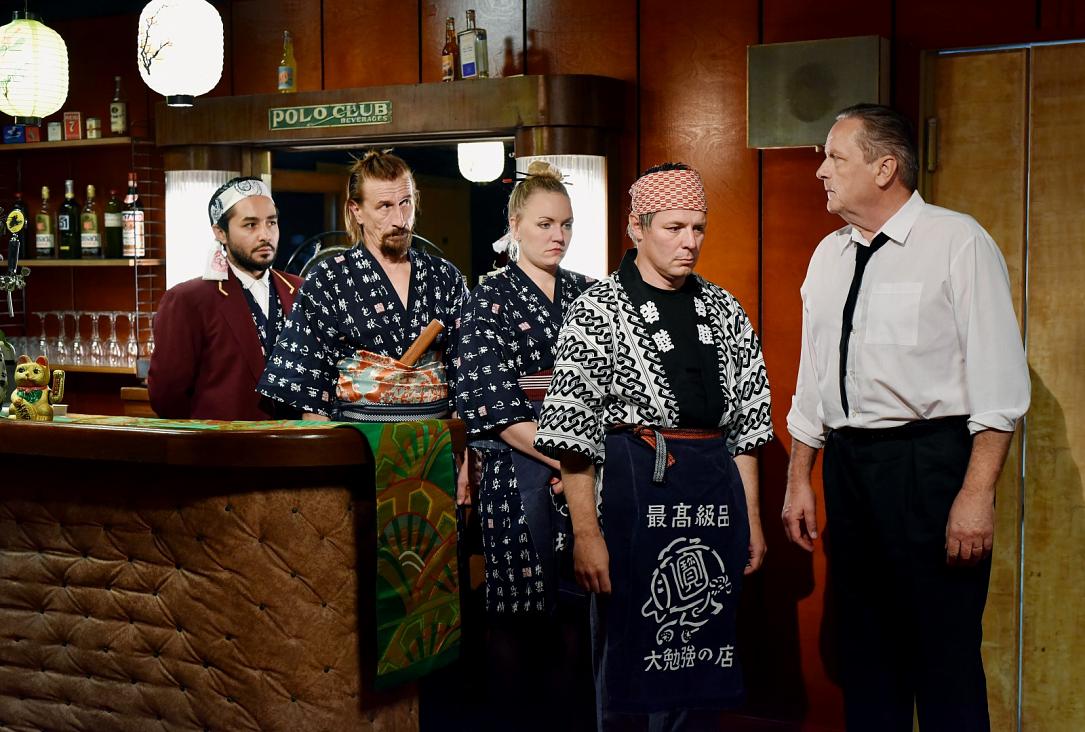 While (almost all) cinemas are still closed it is worth having another look at their online selection, the ultimate savior in these months of lockdown.

The cinema at Muzeul Ţăranului Român (no 3, Monetăriei Street) has just a few titles available, but all solid. Alex Brendea’s Profu’/Teach (Romania, 2019) is an entertaining documentary about an eccentric math teacher in a rural town who has given up on working in the traditional school system and instead tutors students in his chaotic, crammed apartment. He is loud, sarcastic, often personal, but also impressively invested in helping his pupils. Just as human, but with a totally different tone and a terrific style, is Aki Kaurismäki’s The Other Side of Hope (Finland 2017), the story of a Syrian refugee in Helsinki who befriends a middle-aged restaurant owner with hilarious ideas for the business (who needs fresh fish for sushi when you can get salty herring in a tin). Like all Kaurismäki films, this is drier than a martini, droll, has only eccentric characters, a lot of compassion, and is generally very funny and very cool.

Not a cinema, but a distribution company, Bad Unicorn has moved their selection online, and what a smart move this is. If you can't bring your films to the big cinemas, you can bring them to everyone’s smaller screens. Their titles include both Romanian features (Radu Dragomir’s topical Mo) and international ones. Nora Fingscheidt’s explosive System Crasher (Germany) was one of the most talked-about films of 2019, an intelligent, (literally) screaming look at an overwhelmed care system in which a child drives all social workers and doctors to despair. At the other end of the register is Gustav Möller‘ crisp The Guilty (Denmark 2018). Playing in real-time, the film features a police dispatcher whose current call turns out to be something else. The Guilty is great entertainment, a straightforward, classic thriller, tense, and lean; it will keep you on the edge from start to finish. All Bad Unicorn on-demand titles can be found here, and please have a look because there is a lot of good stuff there.

You can book all these movies for a determined period of time on Eventbook; the access is restricted to Romania. And scroll below for all trailers.

By Ioana Moldovan, columnist, ioana.moldovan@romania-insider.com
(Photo info & source: The Other Side of Hope@cinemagia.ro)