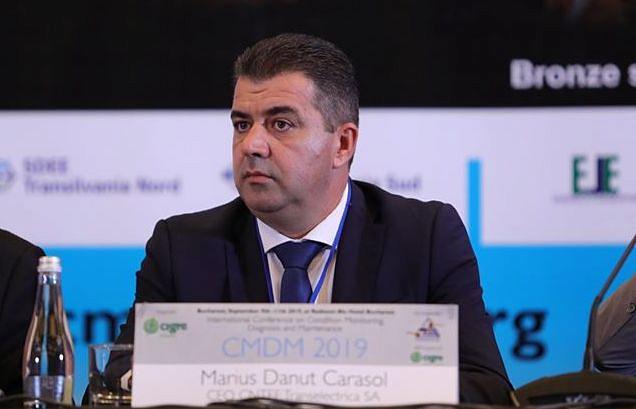 The former general manager of Romania’s power grid operator Transelectrica is being investigated for using a false engineer diploma after the company filed a criminal complaint against him, according to judicial sources quoted by Agerpres.

Police officers carried out three home searches in Bucharest and Ilfov, on Tuesday morning, to gather evidence in this case.

“The searches targeted the declared residence and other properties owned by a person, who is investigated for fraud and using forged documents. The man is being investigated for fraudulent employment in a national company, whose object of activity is transportation and electricity supply. He is believed to have used forged documents for occupying the respective position,” the Romanian Police announced on Tuesday.

The damage amounts to RON 460,000 (close to EUR 100,000), representing the gross compensation the man received from the company, according to the same source.

Transelectrica’s board of directors dismissed former general manager Marius Dănuţ Caraşol at the end of September, after Edupedu.ro, a local website that covers the education sector, revealed that Caraşol had forged his resume and that he never graduated from the Electrotechnics Faculty of the Bucharest Polytechnic University as he wrote in his CV. The university confirmed for Edupedu.ro that the Transelectrica GM had been a student there, but that he didn’t complete his studies.

Transelectrica’s Board of Directors confronted Caraşol on this matter. “Mr. Caraşol came with the original diplomas, we saw them. Of course, there were some written papers, we couldn't tell if they were genuine or not. We asked Mr. Caraşol to come with a proof of authenticity from the Polytechnic within 24 hours. He didn't come, moreover, he disappeared,” Transelectrica’s president of the Supervisory Board Mircea Cosea told Digi24.ro at the end of September. Cosea also said he talked to former education minister Ecaterina Andronescu, who is also president of the Polytechnic University’s Senate, who confirmed that Caraşol’s diploma was false.

Thus, the board revoked Marius Caraşol and started checking all the contracts he had signed as GM.

Transelectrica is a listed company controlled by the state (59% stake). The company operates Romania’s power grid network, being a vital component of the country’s energetic system.