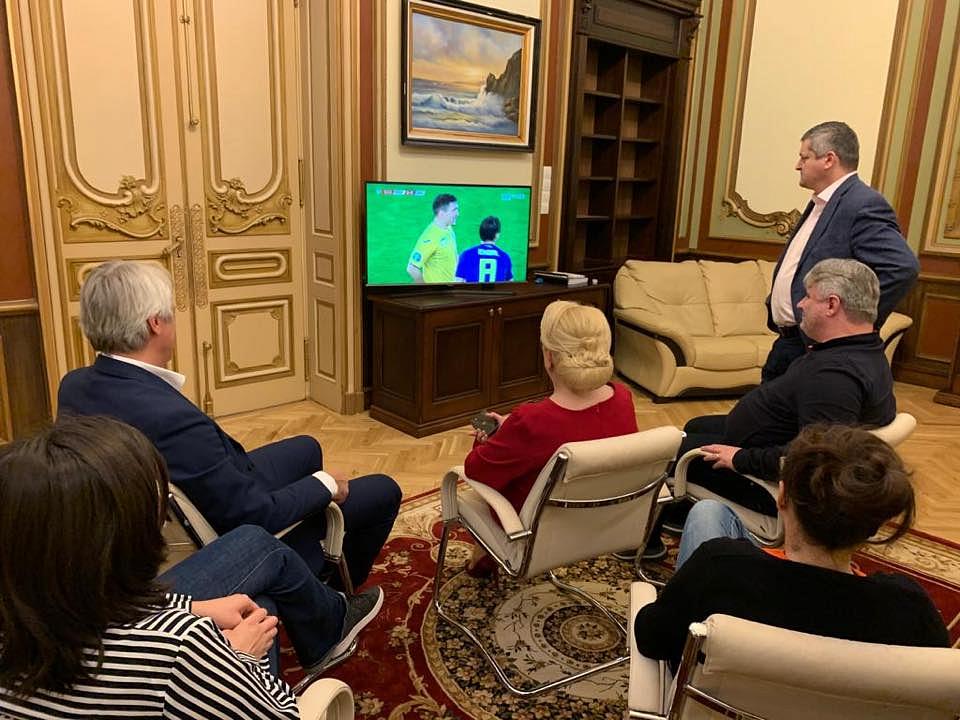 Romania’s former prime minister Viorica Dancila, the leader of the Social Democratic Party (PSD), who is running against president Klaus Iohannis in the second round of the presidential elections, posted a photo of her watching football match between Romania and Sweden together with part of her team, on Friday evening, November 15.

“Good luck to the tricolors! Be Winners! We are with you!” is the message that accompanies the photo on Facebook.

Sweden won the match 2-0 and qualified to the Euro 2020, which will have Bucharest as one of its hosts. Meanwhile, the Romanian national team, which looked helpless against the Swedes, still has a chance to qualify for the tournament by winning the Nations League play-off at the beginning of next year.

Dancila’s Facebook post gathered about 3,200 comments, some of them ironic. Some commentators linked Romania’s defeat to Dancila watching the game while others wondered if she knew Romania was playing in yellow. Some wished her the same kind of victory in the elections. Meanwhile, a commentator noticed that the bookshelves in the office were empty.

Dancila also received some favorable comments from her fans. Some called her a “true Romanian” for watching the match while others commented that president Iohannis was probably sleeping since Germany was not playing last night.