Romania photo of the day: Chamois spotted in a rocky area of Bucegi Natural Park 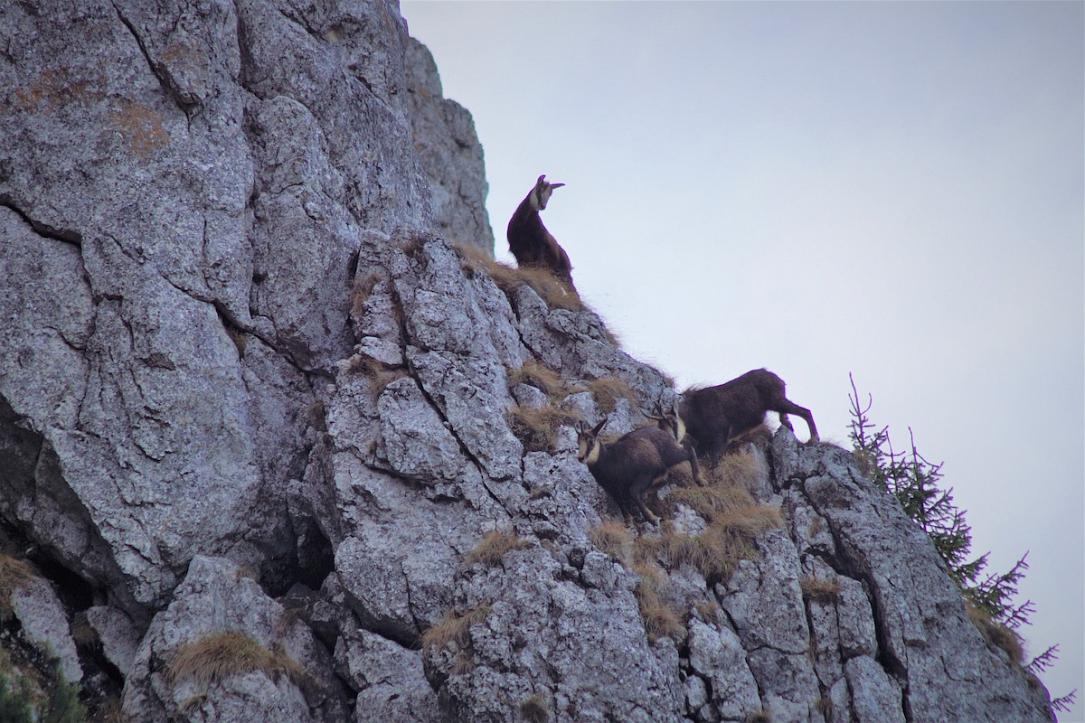 The chamois is a species of goat-antelope, being the only mountain goat living in Romania and Europe. They inhabit steep, rocky areas in the mountains, inaccessible to other species, where they find food and take refuge from predators.

The chamois feed on grasses, herbs, leaves of trees, buds, shoots, and fungi. They usually spend their time grazing on the alpine meadows, eating leaves from the shrubs and bushes. Read more about them here.

The Bucegi Natural Park covers over 32,000 hectares in central Romania. It is one of the 22 parks administered by the forest management company Romsilva.