The men who made the Union: Cuza's reforms laid the foundation of modern Romania 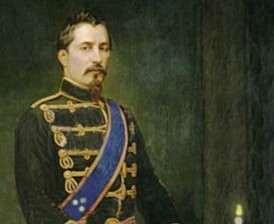 Romania celebrates this year 100 years since the Great Union of December 1, 1918. However, it was the "Small Union" in 1859 that laid the foundation of modern Romania, and price Alexandru Ioan Cuza, the first leader of the Romanian Principalities, had a great contribution to Romania's path in the decades that followed due to his reforms.

The unification of the two Romanian principalities of Moldova and Țara Românească, which became official on January 24, 1859, opened the way for a series of reforms that modernized the country.

The reforms, often refereed to as Cuza's Reforms, were undertaken under the leadership of prince Alexandru Ioan Cuza, who had been elected a ruler of both principalities, on separate occasions: on January 5, 1859 in Iași, and on January 24 of the same year in Bucharest. He ruled between 1859 and 1866.

Although his rule covered a short time frame, the measures he initiated spanned from the remake of the justice and fiscal systems to an agrarian reform.

One of the first measures taken during his rule was to increase the state’s land resources by seizing, in 1863, the assets of the country’s monasteries. It is estimated that over a quarter of the country’s farmland belonged to the Eastern Orthodox monasteries, and produced untaxed revenue.

This was followed by the agrarian reform of 1864, a landmark one in the country’s modern history as it abolished any feudalism remains. It gave land to 400,000 peasant families, while approximately 60,000 other peasants received land for building a house and a garden. Those receiving the land had to pay their debt to the state within 30 years, while the old owners were to receive compensation within 10 to 15 years. The law also abolished the taxes the peasants paid to the boyars and established a national tax to be paid to the state.

In 1864, the law for the adoption of the metric system of measurements and weights was passed in Romania. Before this, the Romanian territories had been using, beginning with 1844, the stânjen of Şerban Vodă. One stânjen was the equivalent of 1.962 meters.

The same year, a Civil Code was adopted. Modeled after the French one, the code established various property-related regulations and how it could be passed on from a person to another trough testamentary or ab intestat succession. In the fiscal area, several individual, citizen taxes were introduced, many in relation to land ownership.

Legislation concerning a new administrative organization was also introduced. With this, communes and counties were established. Several communes made up a plasă, a group of which made up a county. A prefect was appointed to run a county, while a plasă was run by a sub-prefect and the communes by a mayor. The county tribunals, the appeal courts and the Court of Cassation were also established during Cuza’s rule.

Furthermore, the 1864 electoral law expanded the base of voters, and ensured a wider participation from among the peasantry and the middle-class. The law divided voters into direct and primary ones. The direct voters were those who were educated, were aged over 25 and paid a tax of at least four galbeni, a local coin of the time made of gold alloys. The primary voters were uneducated but, if they paid a certain tax, could be allowed to take part in voting.

Also in 1864, a “public instruction” law was passed, stipulating, among others, that primary school education is compulsory and free. The law established a primary, secondary and advanced education cycles. The primary education lasted for four years, the secondary one for seven years, and the university one for three years. It also introduced a unique curriculum, for both urban and rural schools. The public instruction law came only a few years after the establishment of the University of Iași in 1860 and the University of Bucharest in 1864.