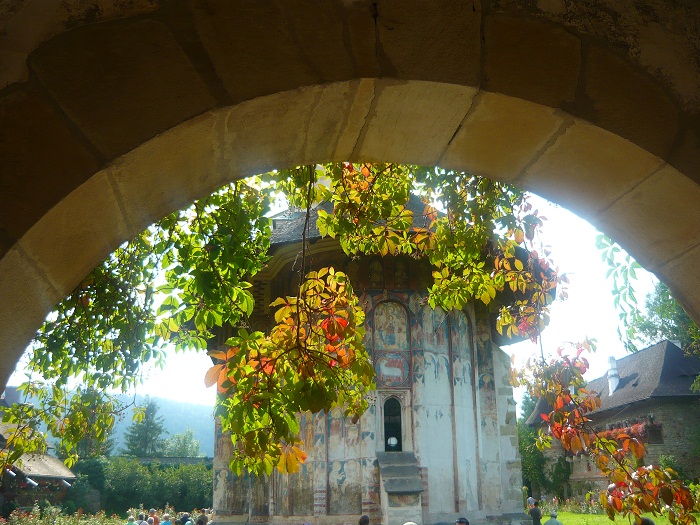 Romania-Insider.com is refreshing the parts of Romania many might choose to ignore. We'll be looking at just what Romania's regions have to entice would be explorers, be they locals or expatriates. Rather than bemoaning the lack of tourism development, we go through history, culture and geography and offer practical advice on where to go, how to get there and what to see.

Between mountains and landscapes, history and traditions, Bucovina is bursting at the seams with treats to tempt the curious traveler. Whether its natural history, world heritage sites and historical monuments, quaint towns, traditional cuisine or simply relaxing in one of Romania's most charming and peaceful regions, Bucovina has it all.

Bucovina lies in the northeastern corner of country, in the Carpathian foothills. Historically Bucovina was about twice its present size, but now the northern part of the region falls in Ukrainian territory as a result of the Soviet-German Ribbentrop-Molotov Pact of August 1940. Romanian Bucovina forms part of the modern administrative county Suceava, which is bound in the north by the Ukraine and in the west by the Romanian region of Transylvania, (counties Bistriţa-Năsăud and Maramureş), to the south east are the Moldavian counties: Botoşani and Iaşi, in the east is another Moldavian county Neamţ and, to the south are the Transylvanian counties Harghita and Mureş.

The name “Bucovina” is derived from the Slavic (Ukrainian) word for beech tree “buk’ and has the German equivalent “das Buchenland” or “land of beech trees”. During the rule of the Moldavian Principality, in Romanian the original name of Bucovina was "Tara de Sus" (Upper Country), referring to the altitude. The name Bucovina came into official use in 1775 when “the Upper Country” was annexed to the Austrian Empire.

The long history of the region can be traced back to the Stone Age. During the Neolithic era, Bucovina was populated by Cucuteni-Trypillian culture and from the second millennium before Christ by the Dacian tribes. In the 3rd century AD the region was plundered by the Goths, then in the 4th century by the Huns and in the 6th century by the Avars. From the 6th century, Slavic peoples entered the region and influenced the language and agricultural methods.

The region was home to Romanian hero Stefan the Great (Stefan cel Mare 1457-1504) who fought with the Turks in the 14th and 15th centuries and built churches and monasteries throughout Moldavia to praise God for his victories. Stefan the Great’s heir, called Petru Rares, continued his father’s work by setting the foundations for many other famous monasteries.

The Austrian Empire occupied Bucovina in October 1774. Much of the former Romanian province of Bucovina, previously part of the Austro-Hungarian Empire, was lost to the USSR (now the Ukraine) in 1945 together with its capital, Cernauti.

Bucovina has 48 monasteries in total, some with fortified walls to protect against invaders. These painted monasteries and Byzantine churches have exceptional exterior frescoes; among the most fascinating sights in Romania and featuring the celebrated “Voronet blue”. Eight of these monasteries have been included on the UNESCO World Heritage List : Arbore, Humor, Moldovita, Patrauti, Probota, Suceava, Voronet and Sucevita.

The natural beauty of the region is in places breathtaking. The Austrian name “Die Buchenland”, (Land of Beech Woods) hints at the lush forests found in the area. Bucovina is a synthesis of the variety, harmony and beauty of Romanian landscape, its richness of relief with mountains, tablelands, gorges, hills, fields, and valleys, its rivers, streams and lakes, its forests, flora and fauna.

The forest reserve of Slătioara, near the Rarău peak, encompasses one of the oldest forests in Romania, some of the trees are over 400 years old. Multitudes of wild flowers range in color from white to electric blue, pink to dark purple, on possibly the most beautiful meadows in the country.

One of the natural reserves, on the terraces of Poiana Stampei, is a profusion of rare flowering plants, making it a paradise for bees, and apiculture (or beekeeping), which has been practiced in Romania since remote antiquity.

The Eastern Carpathians and the sub-Carpathians occupy the western two-thirds of Bucovina, while in the east rises the Suceava plateau. The mountain region is made up of a series of parallel ranges (named “obcini”), oriented in a roughly north-south direction. Mountains between the monasteries of Moldovita and Sucevita offer breathtaking views.

The area's food and drink traditions are as rich as they are diverse. Some are found across Romania, while others are unique to the region. Culinary influences include Balkan traditions as well as German, Hungarian, Turkish, Russian and those of the Near East. Bucovina boasts various soups: bean soup, tripe soup and borş (soup soured with fermented husk of wheat), these are often served as a starter and could be followed by the ubiquitous mămăligă (maize polenta) accompanied by fresh cheese and cream, eggs, pork sausages, sarmale (cabbage or vine leaves stuffed with meat and rice), răcituri (jellied meat), bell peppers, various meat stews or mixed fried vegetables.

Other local favorites include coliva (a thick mixture of boiled wheat grain, a patty-like cake for commemorating the dead), poale-n brâu – cheese pie, vărzări - cabbage pie, pasca (the traditional Easter baked goods in the countryside) and cozonac (the traditional Easter baking in the towns). The well known tipple ţuica (plum brandy an alcoholic drink) is also produced and drunk in the area.

Bucovina can be reached by air via Bucharest – Suceava flights, as well as regular train and bus services running to many towns in the area. There are two routes by car from Bucharest; through Focsani - (439 kilometers) or through Braila - (559 kilometers). 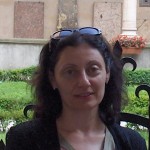