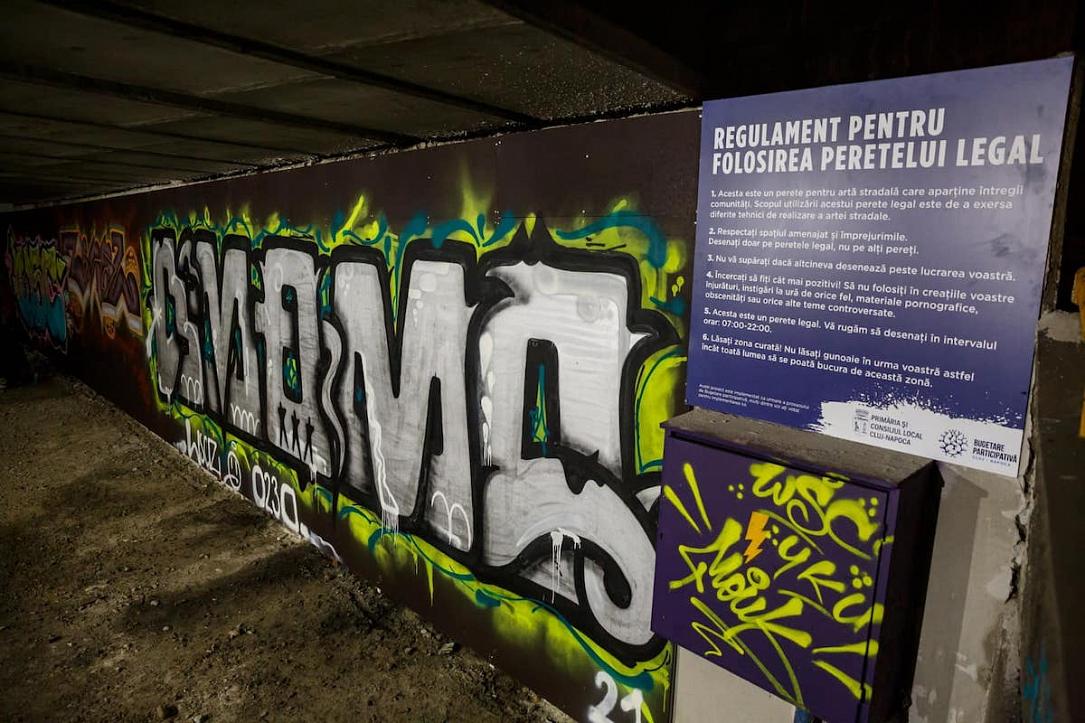 The City Hall started the legal wall project following proposals received in the participatory budgeting process. The wall was arranged at the Aurel Vlaicu bridge in the city’s Mărăști neighbourhood.

“This type of legal walls are also arranged in other European cities such as Paris, Brussels, Barcelona, Hamburg, Skopje, Warsaw, and so on,” Cluj-Napoca mayor Emil Boc said on Facebook.

According to Stiri.tvr.ro, the mayor also warned artists not to practice graffiti on other walls or newly renovated buildings, as they risk getting hefty fines.