Romania photo of the day: Local artist creates mural on the Transluncani road in Timis county 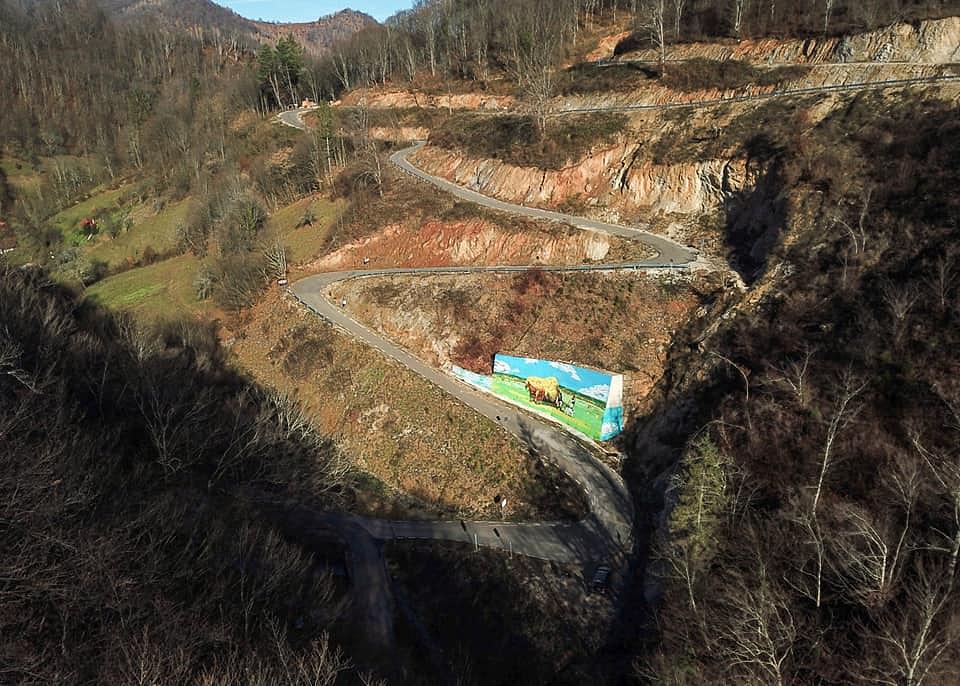 A colourful mural was recently unveiled on Transluncani, one of the most spectacular roads in Timis county, western Romania. (Photo source: Alexandru Proteasa on Facebook)

Signed by local artist Flaviu Roua, the mural is 12 meters long and 6 meters wide and was created on one of the road’s retaining walls. It shows two peasants loading a cart with hay.

“Although less known to the general public in Romania, the mural painting can help boost tourism because it has social, cultural, economic and even environmental components. Through the work of Flaviu Roua, Țara Făgetului enters the so-called “street art” routes and is promoted as an interesting alternative tourist experience,” Alexandru Proteasa, vice-president of the Timiș County Council, said on Facebook.

“The destination chosen for this mural is neither accidental nor isolated: from the Românești Monastery to Padeș Peak or Rusca Peak, the winding route on Transluncani or the Tomești Glass Museum are tourist attractions worth visiting, both by local and foreign tourists,” he added.

Transluncani was inaugurated more than two years ago following an investment of approximately EUR 1 million, Hotnews.ro reported. Today, the 5.4 km road is a top tourist attraction of Timis county, with some saying it is the smaller version of the more famous Transfagarasan or Transalpina roads.