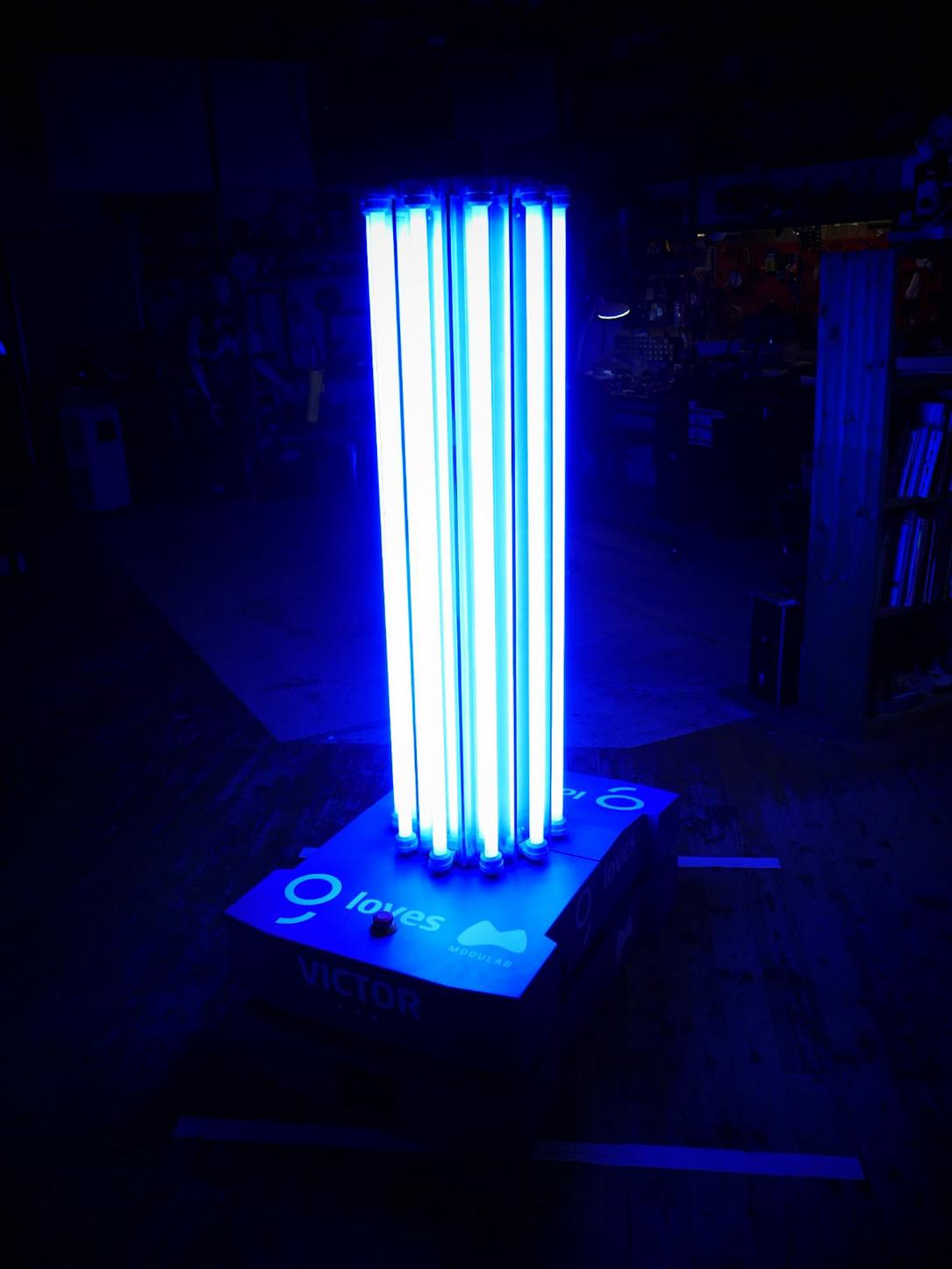 The University Hospital in Bucharest is trialing an autonomous disinfection robot made in Romania.
The robot, called MUV Smart/ Steriliser, was produced by local start-up Modulab, which is part of lender BCR’s BCR InnovX business accelerator. BCR donated the robot to the hospital.

The robot uses UV rays to sterilize enclosed venues and maps the environment it moves in to avoid collisions. It can also detect human presence to deactivate its lamps. It can be supervised and controlled remotely, with the help of an Android app.

MUV Smart/ Steriliser has an autonomy of at least five hours, and can sterilize 30 sqm in less than ten minutes. It is equipped with 20 different sensors that help the platform navigate any kind of environment and interact with it autonomously.

Modulab was due to launch at the beginning of this year an autonomous mobile platform for logistic support in factories, warehouses, and other facilities with large venues. At the start of the pandemic, the platform was adapted for intelligent disinfection.

Modulab currently produces two versions of the mobile platform and two versions of the autonomous, contactless disinfection robot. All robots are made in Romania. The company also developed the prototype of a cleaning robot, set to enter production this fall.

Modulab was established by Paul Popescu, Matei Popescu, and Ioana Calen as “an interdisciplinary platform of art, design, and technology.” The project increasingly focused on the development of autonomous robots in the recent period.