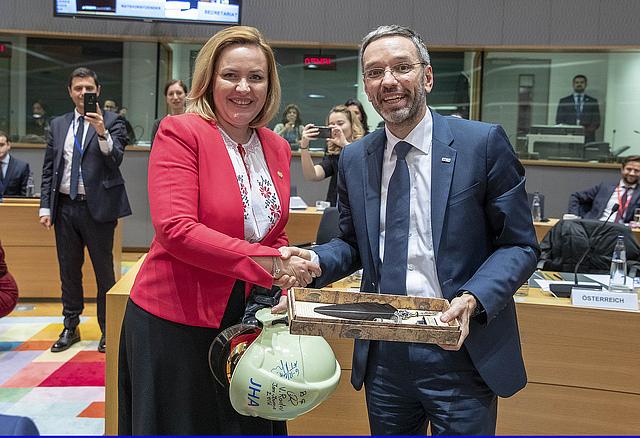 Continuing the work regarding the management of EU's external borders, migration and the strengthening of EU’s domestic security are among the internal affairs priorities of Romania’s EU Council Presidency, the country’s Internal Affairs Ministry (MAI) announced.

Other themes that MAI plans to prioritize refer to combating terrorist radicalization in the on-line environment and the development of the community policing principle at an EU level, MAI said.

The concept of community policing is an initiative of MAI, "aimed at facilitating the relationship between law enforcement agencies and the expat communities within the member states of the European Union." Romania has a notable expertise in this field, with Romanian police officers carrying out operational missions in countries such as Italy, Spain, France or Bulgaria, according to MAI.

Over 320 specialists of MAI are working throughout the duration of Romania’s EU Council Presidency, when MAI will chair 20 task groups and provide expertise for 10 working groups under the responsibility of other ministries. MAI will organize 20 informal events, including 2 ministerial meetings, 9 senior officials meetings and 9 expert meetings.

Another event is the Informal Reunion of the Justice and Internal Affairs Council, which will take place in Bucharest between February 7 and February 8.

Romania took over the rotating EU presidency from Austria on January 1 and will hold it until the end of June.

Joseph Daul, the president of the European People's Party (EPP), signaled the event by praising President Klaus Iohannis as “a tireless fighter for the rule of law and against corruption since the beginning of his term in office.”

Today #Romania takes over the rotating EU Presidency. President @KlausIohannis has been a tireless fighter for the rule of law and against corruption since the beginnning of his term in office. He will fulfill all expectations in leading @ro2019eu. I wish him all the best!

European Commission president Jean-Claude Juncker said at the end of 2018 that the Romanian Government is technically well prepared for the six-month presidency but that it doesn’t fully understand what it takes to hold this position. Romania’s leaders are divided and can’t act as a “compact entity” in Europe, Juncker also said.