Half of Cluj-Napoca’s public transport fleet is electric, mayor says 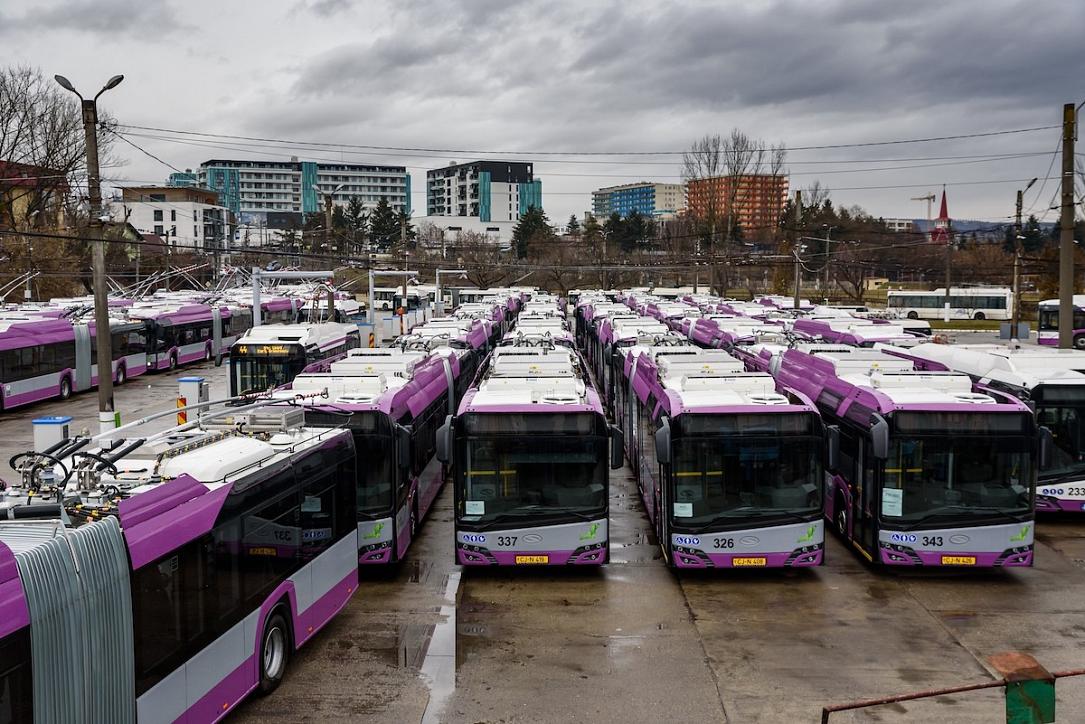 The city of Cluj-Napoca, in Romania’s Transylvania region, has 25 new electric trolleybuses on the road, which were put into operation on Tuesday, February 4. With these new trolleybuses, half of the city’s public transport fleet is electric, non-polluting, Cluj-Napoca mayor Emil Boc said in a Facebook post.

“Also, two thirds of the total 370 vehicles on the road - trams, trolleybuses, buses - are new, in accordance with the highest standards in this area,” he added.

The new trolleybuses were purchased with EU funds. They are equipped with special facilities for people with disabilities, video surveillance system, audio-video information system for passengers, and passenger counting system.

Cluj-Napoca City Hall purchased a total of 50 Solaris Trollino trolleybuses with European funding, the total value of the project being about EUR 31 million.