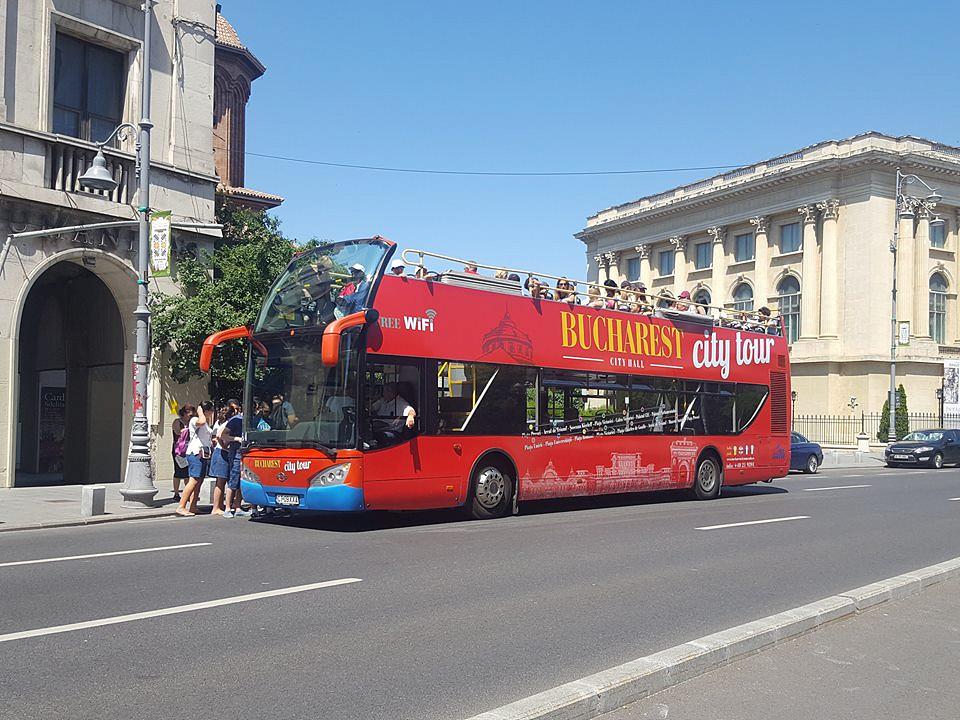 The four double-decker buses of the Bucharest City Tour tourist line have carried a total of 56,580 tourists in the 2017 season, 3.5% more than last year.

Moreover, the Bucharest Public Transport Company RATB has sold RON 1.32 million (some EUR 287,000) worth of tickets for the City Tour bus line, up 3% compared to 2016, reports local Profit.ro.

The Bucharest City Tour line is served by four special double-decker buses during the spring-fall season, from mid-May to mid-October. The buses link Unirii Square in downtown Bucharest to Presei Square in the northern part of the capital.

A card valid for 24 hours costs RON 25 (EUR 5.5) and can be purchased directly from the bus. The tariff for children aged 7-14 is RON 10 (some EUR 2) while those aged under 7 can travel for free. All cards are valid for 24 hours from the first validation, and allow travelers to hop on and off the bus anywhere on the route.