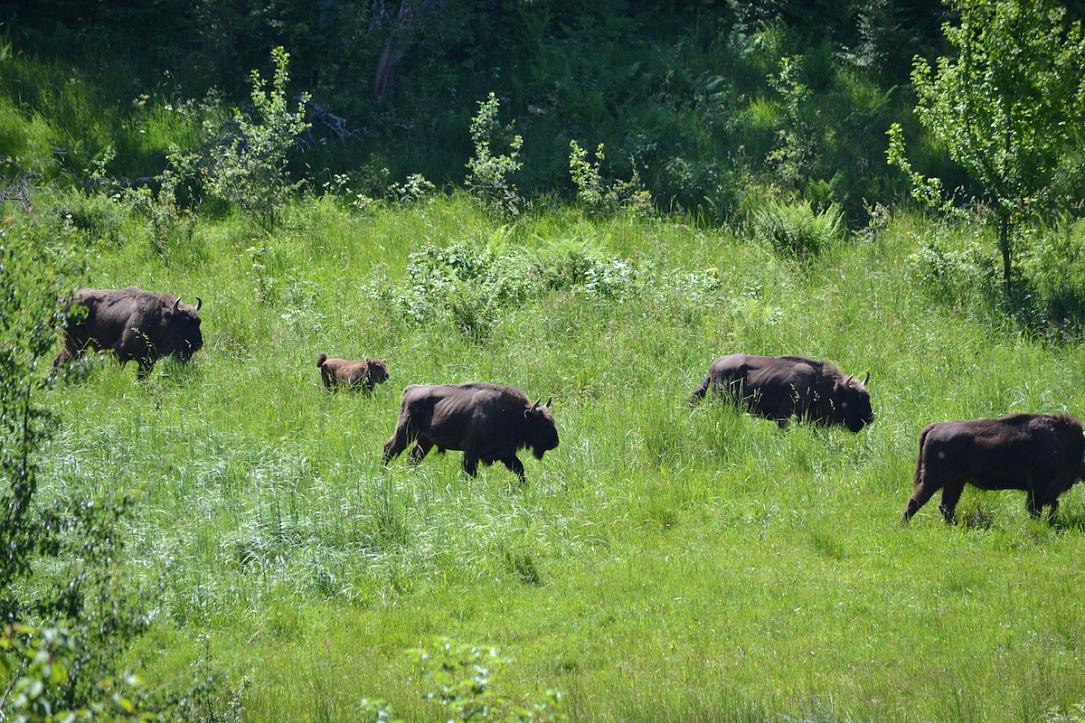 Rangers of the LIFE Bison project have spotted two bison calves in Tarcu Mountains in southwestern Romania. This comes to show that the largest population of bison roaming free in Romania is growing.

More than 57 bison are roaming free in the area known as Magura Zimbrilor, in the vicinity of Armenis commune, and at least 12 were born in the wild.

“The calves are part of the largest group seen in the wild, in Romania, for more than 200 years - 24 animals. Certainly, there are more calves in other groups, but because they have at their disposal the Tarcu Mountains Natura 2000 site, which stretches over thousands of hectares, they are hard to find,” WWF Romania said.

Bison calves weigh between 24 and 27 kg at birth and enjoy the protection and experience of adults that can reach up to 920 kg. They are usually born in summer and have enough time to adapt to the environment and get strong and ready before winter, but there are exceptions where females give birth also in winter.

The calves have reddish fur at birth, but after a few months, the fur begins to change to brown-chocolate, and they start to molt like adults do. The color and density of bison fur vary with the season.

“Last year, at least eight calves were born. It is the largest number seen in Magura Zimbrilor, and we hope that this year there will be even more who survive to become strong adults,” said Daniel Hurduzeu, ranger in Magura Zimbrilor.

“Births in the wild are an important indicator for the rewilding project, telling us that bison have adapted and thrived in the Southern Carpathians, a great success for the conservation of this vulnerable species and for the biodiversity of the area,” said Marina Druga, LIFE-Bison project manager, WWF Romania.

More bison are to be brought to the area at the end of July, from reservations in Germany.